Marvel’s first-ever animated series, What If…?, has come to an end. But the MCU already has a long list of original series coming up after it. 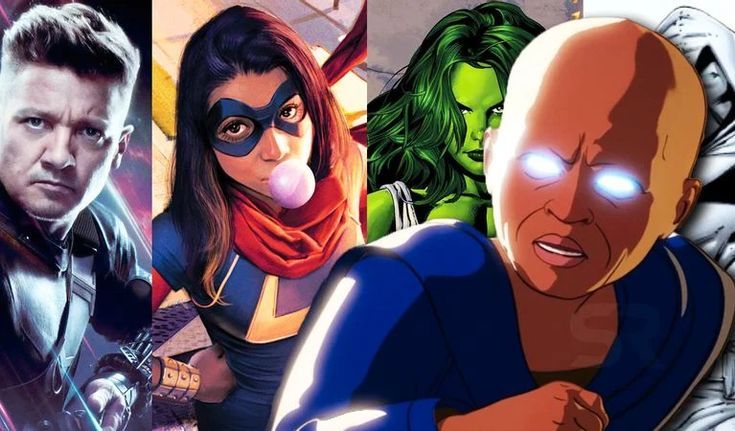 The MCU gave its fans a taste of different varieties in the multiversal series What If…?. Now that all the episodes are streaming on Disney+, what all MCU is planning for the future? The Marvel Cinematic Universe is perhaps one of the most prominent connected universes in the global film industry. Its first three phases, the Infinity Saga, have also ended and now this current phase (Phase 4) has a lot to offer. With that said the makers are already thriving hard and succeeding to make this current phase look entirely different by bringing shows that are also an active part of the sacred universe.

The Marvel Cinematic Universe began with WandaVision that reunited Maximoff and Vision. Following up, the next release was The Falcon and the Winter Soldier. Keeping the concept of the multiverse in mind, the next release was Loki, which brought significant success to the table. After Loki, MCU started releasing some big-screen stories, starting with Black Widow and then Shang-Chi and the Legends of the Ten Rings. Just after these series and movies, MCU took its viewers on a completely different path through Marvel’s What If…? which visited different timelines in the multiverse.

Marvel’s What If…? explored what all could have happened if some key events of the Marvel Cinematic Universe happened differently. For an instance, Peggy Carter turning into Captain Carter, Doctor Strange turning into Evil Doctor Strange, Killmonger saving Stark, and Ultron showing up his Vision body and six infinity stones.

With that said, these are the next few MCU original series that will show up right after the end of Marvel’s What If…? –

The Guardians of the Galaxy Holiday Special