We thought that WandaVision would be the program to break the multiverse, but it seems that Loki will be the real culprit.

Loki is turning out to be the biggest TV show in the Marvel Cinematic Universe so far: 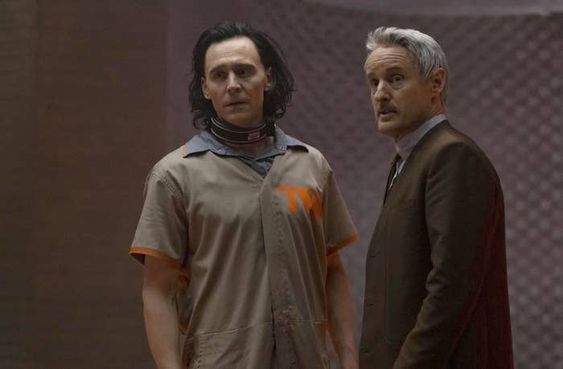 The premiere attracted more audiences than Falcon and Winter Soldier and Wanda Vision. The mischievous Norse god escaped his fate in “Endgame” due to an accident, allowing him to escape between the events of the Avengers and Thor: The Dark World.

The first two episodes of Loki spent a great deal of time using conversational exposition to explain time travel, the TVA, the multiverse, and variants: 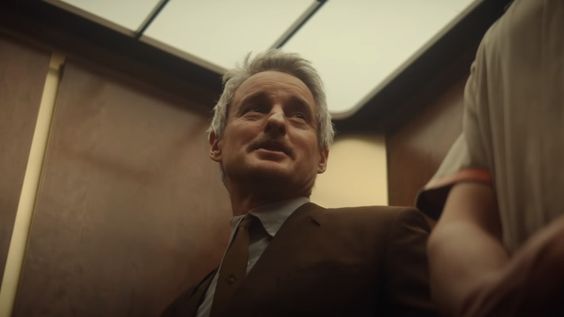 It is a way to get those who do not read comics to understand the idea of a multiverse and how that can affect the individual characters. Now, how will that change the MCU? Let’s explain: 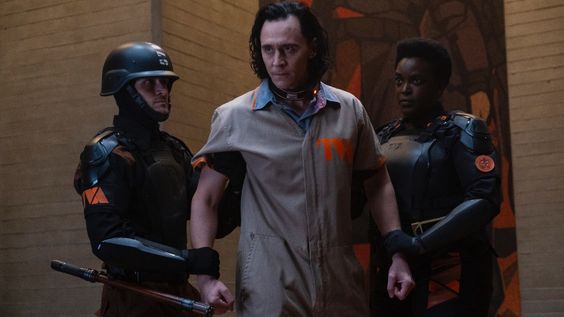 At first, fans were worried about how they would make Loki a “good” guy. Since the Avengers, Loki has grown a lot. “Thor: The Dark World”, “Thor: Ragnarok” and “Avengers: Infinity War” provide the complete story of Loki. We see him take off his evil skin and become a fragile anti-hero. However, how will the MCU provide Loki with all the character progress in the six-episode series where other characters need to be built? Of course, let Loki watch all these movies! This is not what we fans had expected, but it worked. Loki can progress through his own emotions and grow by seeing all the wonderful moments in the past ten years that have allowed us to grow in real-time. This is great and easy! 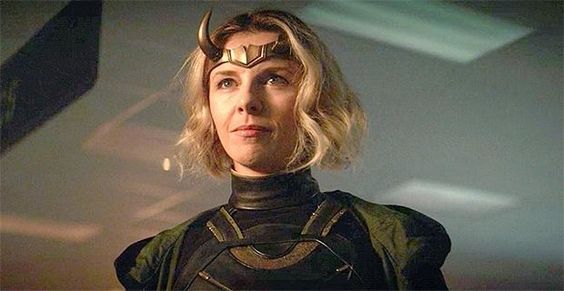 Okay, are we dealing with Mrs. Loki? I am still not 100% sure, although I am not overly skeptical. After the Quicksilver change that resulted in nothing, it is hard to believe Marvel… anyway. A tweet showed that the Castilian Spanish dubbing of the show listed the characters’ names because Sylvie frightened fans. Sylvie is the second witch in the comics. The incarnation of the witch is an ordinary woman. After the Asgardians took over her city, Loki gave her power. However, the variant file seen by Loki shows that Sylvie’s last name is Laufeydottir, which would refute the Enchantress theory. 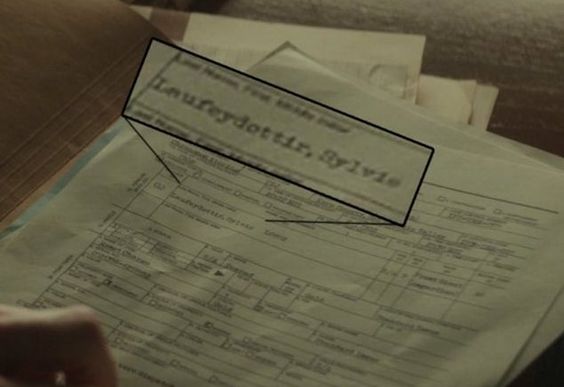 In many Scandinavian cultures, boys’ names use a combination of the father’s surname and “son”. For example, Thor is Odin’s son, so his name is Thor Odinson. Loki’s father was a frost giant named Lauphy, but Odin adopted him. So Loki was called Laufison. For women, the end of the surname is not “son”, but “dottir” (daughter). So Sylvie Laufeydottir should be Laufey’s daughter, also known as Mrs. Loki.This will kill the Enchantress theory unless the MCU distorts its comic origins to make the Enchantress a Loki variant in the MCU. The “mind control” ability of Mrs. Loki’s variant matches that of “charming” someone, so it can go any way.

4. What about other variants? 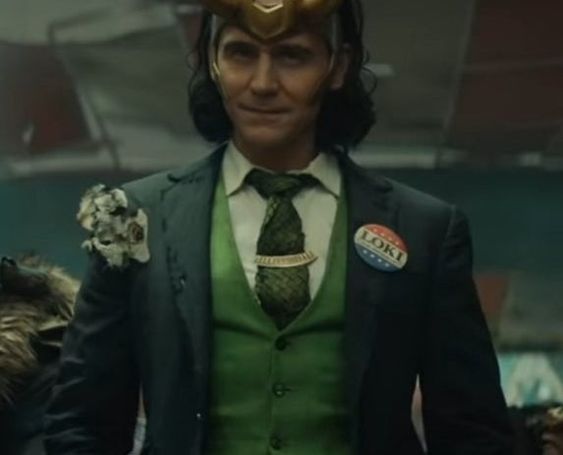 The character of Gugu Mbatha-Raw, Ravonna, explained that the Loki variant is a flaw of TVA. This info was not dropped for no reason. The second episode deliberately showed us various variants, all of which exist in a certain universe or timeline. This means that we really can’t believe any trailers or images we see. Any Loki you’ve seen could be another Loki, including President Loki in a TV commercial. Does this mean that we will have a 100 Loki battle at some point? hope so.

5. Let’s also not forget about Kang the Conqueror: 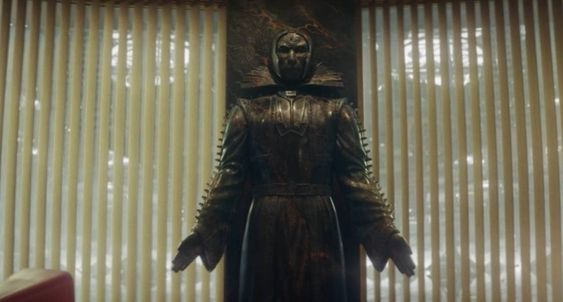 Loki also deliberately showed us Kang many times. Kang the Conqueror will be the MCU’s next Thanos, although I doubt he will die so fast (if he dies). In the sense of the Joker, Kang may be a constant threat…he just didn’t leave. Jonathan Majors will play Kang in Ant-Man: Quantumania. However, I am 100% sure that he will appear in person before then. Almost every time he appeared, Kang appeared in the center of the timekeeper. Kang was front and center in Episode 1 when the minute explained TVA to Loki. In addition, in episode 2, we saw the single-person perspective of Kang’s statue in Ravonna’s office. Fun fact: Ravonna is also Kang’s lover. Loki spent so much time building the timeline, the multiverse, the idea of breaking the multiverse, and the events of the ties, while pushing Kang before us. This is just the biggest challenge for the fans. I would be surprised if Kang somehow did not show up in person as soon as possible. Let us also not forget that Kang is Nathaniel Richards, and in the other universe, he is a descendant of the famous Reed Richards (although some records claim that he may also be a descendant of Doctor Doom). This means that the relationship between the Fantastic Four has been established and it is interesting to see that Richards is black. Will this affect the cast of Reed Richards or Dr. Doom? may. Kang shuttled back and forth in his own story and produced so many variants that we should assume that Kang in the MCU is Prime Kang. I believe that over time, we will see variants of Kang. 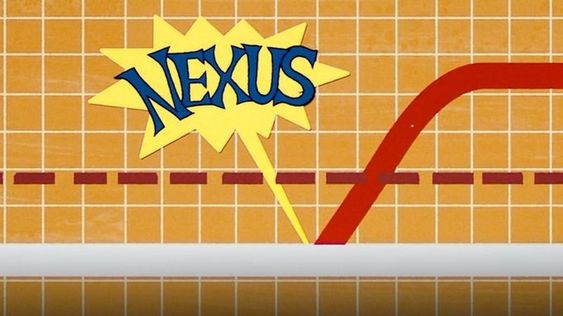 Remember the “commercial ad” on Nexus on WandaVision? In comics, Wanda is a link. Nexus life is essentially a timeline anchor, which is vital to the stability of the time flow. Nexus creatures can also travel through the timeline and the universe more easily than ordinary heroes. This may be how Wanda got her children back…but that is another matter. Loki showed us that connected events are events that can break the timeline. The TVA tells us that the Endgame event should happen, which also means that the timeline of the Captain America branch (it exists with Peggy) is not wrong. Why doesn’t TVA snatch the Cap variant? Does this mean he should go back in time and create a timeline of his life with Peggy? If so, why? Kevin Feige is now laughing wildly somewhere. In any case, we know that the related events and potential human relationships are in the MCU.Don’t be surprised if we are introduced to other relational beings shortly (Doctor Strange in the Multiverse of Madness should discuss this topic more).

7. Plus, the destinations of the bombings that Lady Loki set off are truly telling: 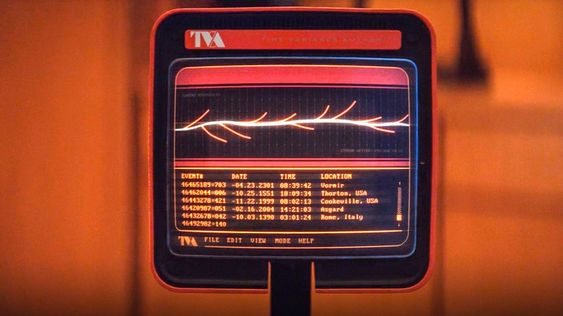 At the end of episode 2, Mrs. Loki sent TVA “bombs” to locations on the timeline. Venues include Vormir, Ego, Sakaar, Titan, Hala, New York, Xandar, Madrid, etc. Many of these locations should sound the alarm because they are very well-known locations in MCU history so far. Why bomb the planet Sakaar where the Hulk and Thor meet? Or Vormir, the seat of the Soul Stone? How about Hala, the home of the Kerry people trained by Captain Marvel? Thanos’ home, Titan, is in ruins, so the bomb must be sent to Earth when it explodes.Is it related to killing the Avengers and Thanos, or is Mrs. Loki trying to avoid the whole story of Endgame by preventing Stone, Thanos, or the Avengers or all of them from joining forces? These locations will be important, but how is still a mystery.

8. What does this all mean for the future of the MCU though? 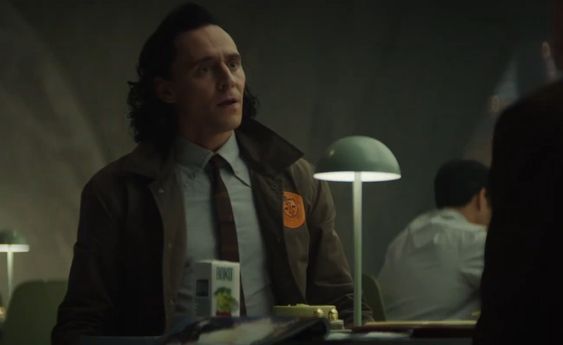 We all believe that WandaVision will be a series that showcases breakthroughs in the multiverse. Not! However, in hindsight, this made sense. Wanda never had a real origin story (nor did Sam). His show and Falcon’s show provide these heroes with growth and a background which makes sense. Loki, on the other hand, has a significant growth and background.In general, this gives Marvel more freedom to play in the MCU, because they don’t have to focus too much on consolidating their role in this series. Consider the fact that we encountered multiple Lokis opening MCUs. We have already seen Sony introduce this concept in the animated film “Parallel Universe”. However, the MCU has only just entered this field. Does this mean we will see a Tony Stark woman from another universe? What about female panthers? A good Thanos? Hydra Captain America? The idea of variation makes the possibilities endless. Loki will change the MCU forever, without a doubt, the chain reaction in “Spider-Man: Nowhere to Go”. We all want to know how villains from other universes will join Tom Holland’s Spider-Man. Well, all of this can be as simple as a TVA portal, leaving the villain “nowhere to go” in their primitive universe. Loki’s manipulation will break the multiverse and begin to make Kang a domino effect that is highly anticipated. Are you ready for the madness of the multiverse?

As a result, we at Animated Times believe that “Loki” is completely rewritten in the MCU. What are your thoughts on the theories and topics we’ve discussed? Does any of this make sense? What are your theories? Do let us know all in the comment section below. Have you seen Loki’s third episode? If not, you can watch it by streaming it on Disney+. then, keep reading the Animated Times, the perfect place to get a closer look at the entertainment industry, upcoming movies, TV series, celebrity gossip, and much more. We’ll have you covered. So, guys, keep reading the animations for more information.