The Marvel and Disney Plus series, Loki, has concluded its season one. When the God of Mischief, Loki, played by Tom Hiddleston and Sylvie, the lady variant of Loki, finally met the one behind TVA in episode 6, He Who Remains, gave them two choices. First, Loki and Sylvie could become the ruler of the Time Variance Authority to maintain the Sacred Timeline. Or second, kill He Who Remains and unleash chaos in the Multiverse. Loki believed him even though he is a liar. But Sylvie, on the other hand, was seen to be driven by her anger for this man who was behind the TVA. She sent Loki to the TVA and killed He Who Remains. It is certainly possible that Sylvie was right. Still, a theory could prove that He Who Remains lied, and Sylvie actually helped him by killing He Who Remains.

He Who Remains Manipulated Sylvie 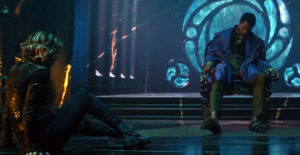 He Who Remains offered Sylvie and Loki to become the ruler of TVA and guard the Sacred Timeline. But it seemed to be a complete lie as if it was true; why he made Miss Minute offer them a different set of things? While the God of Mischief has a different approach towards thinking about the possibilities, Sylvie’s only aim, throughout her life, has been to kill the person behind TVA. That is perhaps why the duo ended differently.

He Who Remains Needed Sylvie and Loki 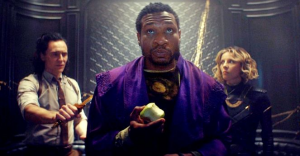 Apart from everything that happened, it seemed like He Who Remains wanted the Lokis to reach him. Perhaps because he was caught up in the citadel protected by the Alioth, he knew only Loki and Sylvie can open the doors for him. Maybe that is why when Loki and Sylvie got caught on Laminitis-1, the TVA agents were interested in pruning them so that they can reach the Void. This brings us to a possible conclusion that He Who Remains actively looked for Loki and his variants to free him. This explains why only Lokis were roaming around the Void.

He Who Remains Takes Over The TVA 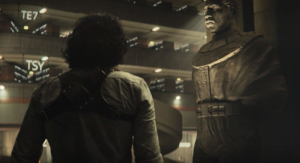 He Who Remains provoked Sylvie to set him free, and during his demise, he echoed, “see you soon!” This is precisely what he wanted. Back at TVA, Loki realized that he is now in a different version of TVA ruled by Kang the Conqueror. Thus, He Who Remains is back, and he now wants to explore the Sacred Timeline.

What happens next is yet to be revealed by the makers in Loki Season 2.