Theories have been flooding in since the day Marvel announced Loki series starring Tom Hiddlestone on Disney+.
All of us need answers regarding the mysteries surrounding the Time Variance Authority and the fans are not getting anything out of Marvel.

We came across a really impressive Loki theory which might answer questions to these mysteries and we had so share with you!

A popular theory explains that the TVA is actually a city that appeared within the Quantum Realm in Ant-Man and the Wasp.
Till now the TVA in Loki gives more questions than answers. The agency is apparently in charge of Marvel’s Scared Timeline, but the Time Keepers are till now, nowhere to be seen.
Till now it is very uncertain that who is even benefitting from the Sacred Timeline and if Loki can even trust anyone.

Loki takes no time to understand and learn that things are not exactly right at the TVA and even his magic and the power in the Infinity Stones are all useless until they are within the TVA headquarters. The TVA has some alien technology which allows the agents to time travel and conveniently erase any event they think is not fit to be in their mysterious plans. And despite these weird things about TVA, the employees follow all the orders without even questioning them once.

This new Loki fan theory makes sense and might actually reveal something. According to this Tik Tok theory, TVA is in a city which is located in the Quantum Realm and it had been revealed already in the MCU before. MCU has done this before and in Loki, Mobius reveals to the God of Mischief that time passed differently in the TVA, since time works differently in both places, it makes sense that TVA could be in Quantum Realm. 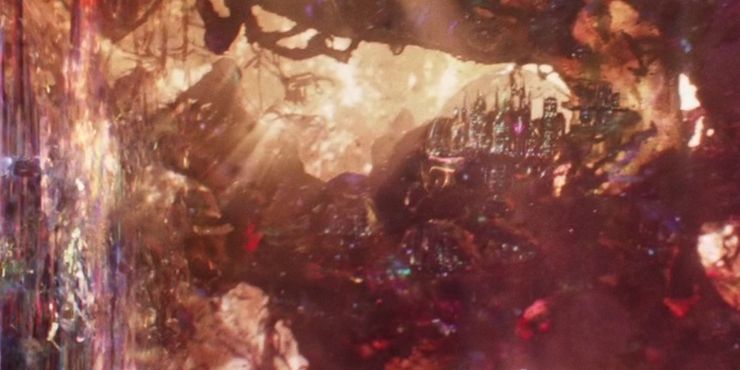 Going deeper into the theory, Loki shows that TVA is a very busy city and Ant-Man movie does feature a brief glimpse of a city located there. Fans are very sure that the secret city shown in Ant-Man2 is the home of TVA.

This seems more of a fact than a theory. The main reason being that Quantum Realm is already used by the Avengers to time travel in Avengers: Endgame so it makes sense that TVA uses it.
Time works differently in Quantum Realm and at the TVA so it is possible they are in the same MCU location.

The upcoming Ant-Man sequel named Ant-Man and the Wasp: Quantomania could be linking the TVA to the Quantum Realm. Kang the Conqueror who is a notorious time traveler in the comics is the villain.

Loki has already dropped several Kang the Conqueror Easter eggs that could hint that he has tied to the TVA and the movie.

Nothing in MCU is the way it looks. The Ant Man 2 director has acknowledged mysterious city in the Quantum Realm.

Further the Realm is extremely unstable so there is a possibility that TVA is located in a safer location.

We all will be waiting for confirmation from Marvel.