In today’s era, the opportunities for a big flick are as thin as air, not all get a chance. Yet sometimes most of us wonder how a movie would turn out if another actor or another director worked on a film rather than the original one. It surely will be so much different because each has their own unique styles. One such director fans imagined doing a Marvel movie, was Martin Scorsese. 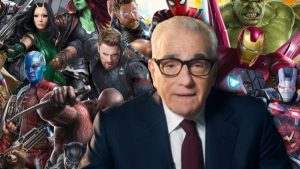 The most talented and praised filmmaker of his era, Martin set the standards high for the films during the 1970s and ’80s. He is a practical storyteller and a breathtaking visualist who has worked in movies his whole life. He created his own brand of film-making by channeling his passion and love for movies and won fame.

Based on the recent anti-Marvel comments from him, we can discover some cold war between them. In a round table interview, Martin has disclosed information about him and Marvel. On being approached by Marvel for a movie, he says that “No, Never came to me.” He went to say that he remembers the time when Disneyland was built and is that ancient. He also said that “I was here in 1970 in L.A. and one of the aspirations of the studios was to become as important to American culture as Disneyland. And the first studio to really do that was Universal with the tour. And then you add the blockbuster on top of that — and why not?”

Martin Scorsese on Marvel and its Movies.