In the Marvel Universe, the Eternals have gone through a number of changes over the years including most of them have actually been killed off and even reborn multiple times. Thus, it is not really difficult for Marvel to adjust the characters and make them more similar to their MCU versions. The most recent Eternals series; which opens with them being reborn once more after they all committed mass suicide upon learning that the Celestials were uninterested in the Eternals and just saw them as lab rats in order to help cultivate humanity as part of the Celestial plot; is when the most recent changes occurred.

1. Sprite Is Redeemed and Changed!

One of the changes was done to Sprite (played by the female actor, Lia McHugh in the Eternals film.) 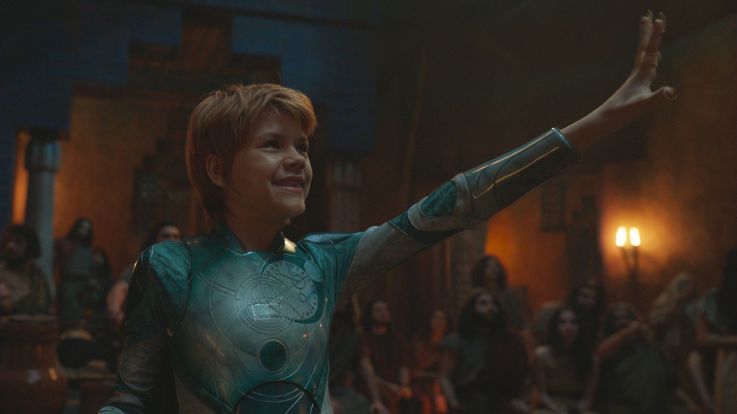 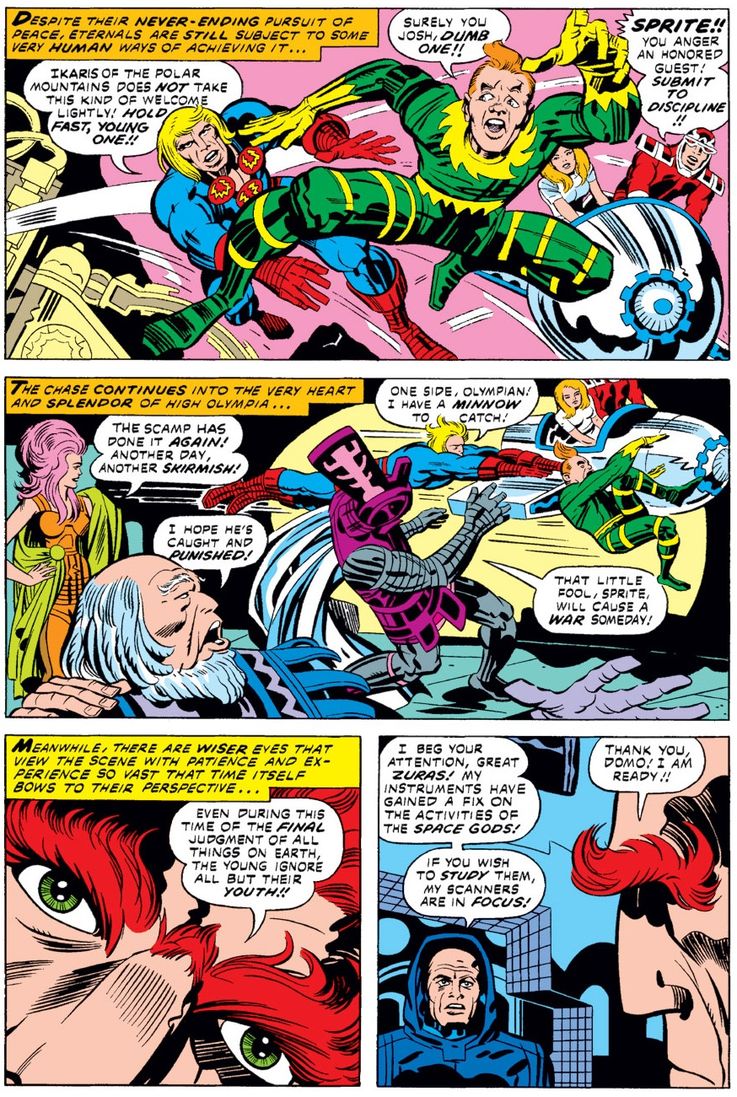 But decades later, Sprite was a key figure in the pages of Neil Gaiman and Hohn Romita Jr.’s The Eternals, which was the series that last saw the Eternals drastically changed, like Sprite, sick of being stuck in the form of a child for millennia and decided to wipe everyone’s memory and have them all rebooted as humans so Sprite could finally live a normal life. The other Eternals then awoke from their human “prison” and ultimately, Zuras murdered Sprite for Sprite’s violation of other Eternals.

And now in Eternals #1, as the Eternals are reborn, Sprite is instead rebooted into an older version of her body as a punishment. This body, while not only female in appearance, also robs Sprite of all memories of the past few hundred years. 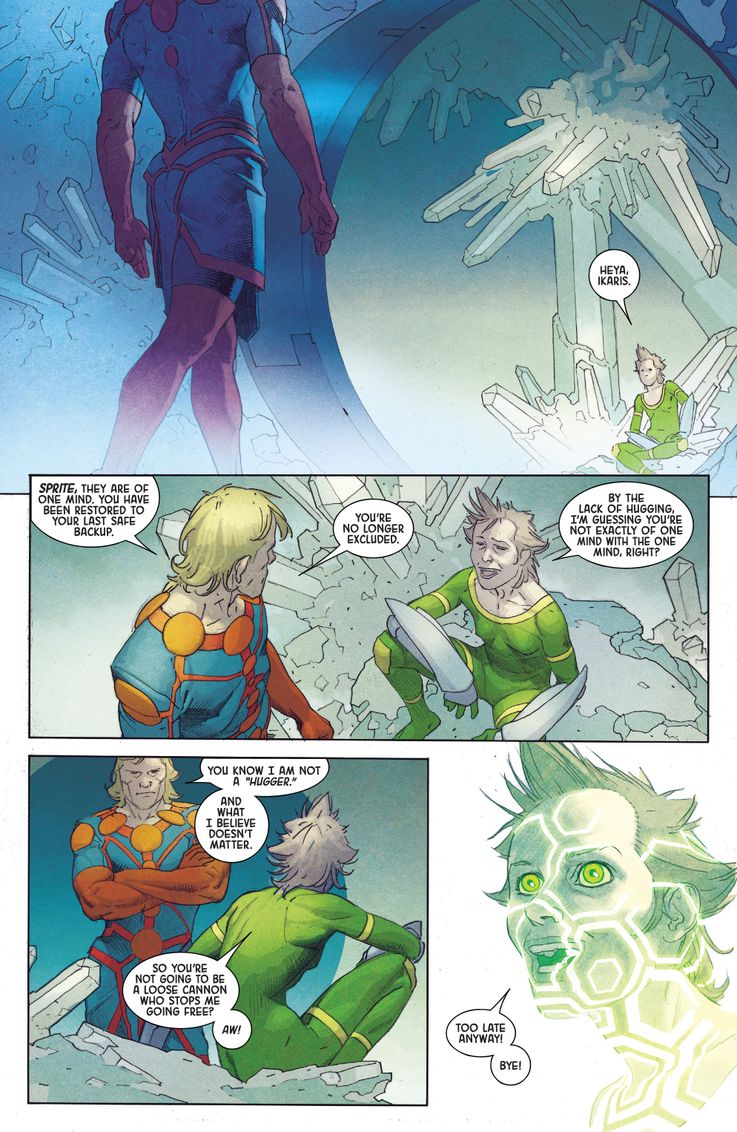 As a result, Sprite does not only does remember committing a heinous crime against the other Eternals, Sprite doesn’t even remember the process leading UP to that decision.

Makkari went through most physical differences. Makkari along with Ikaris and Sersi became the most prominent members of Eternals in the Marvel Universe, with Makkari being a regular cast member. 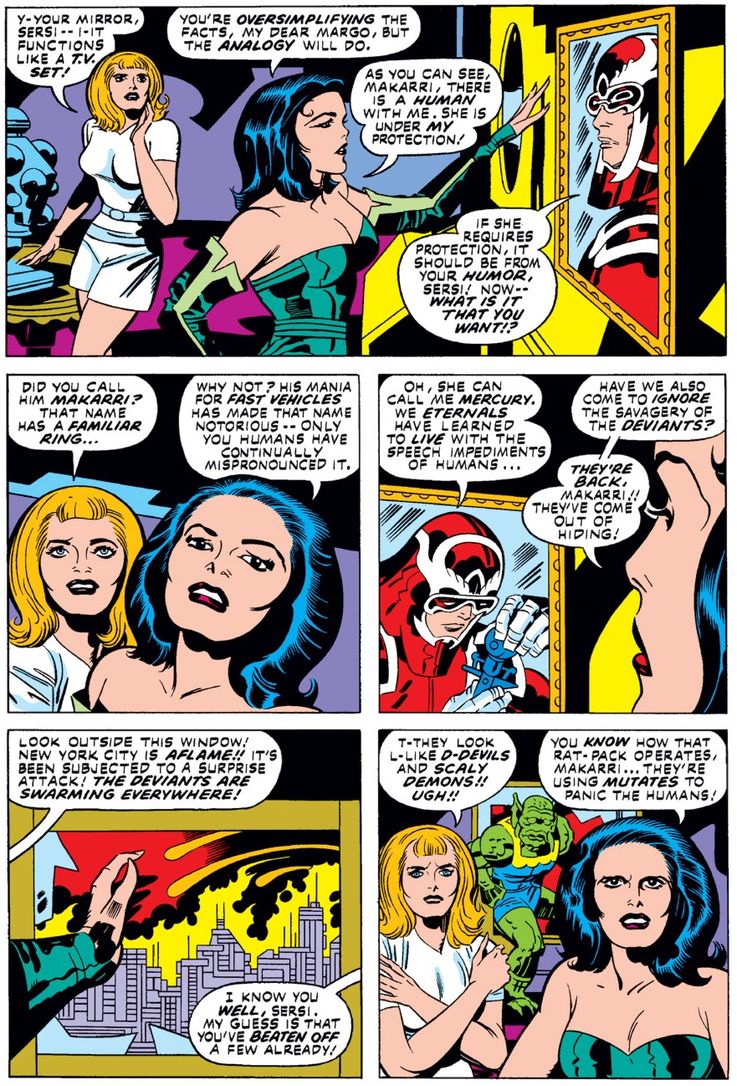 But in the MCU, Makkari is played by Lauren Ridloff, a Black non-hearing female actor. 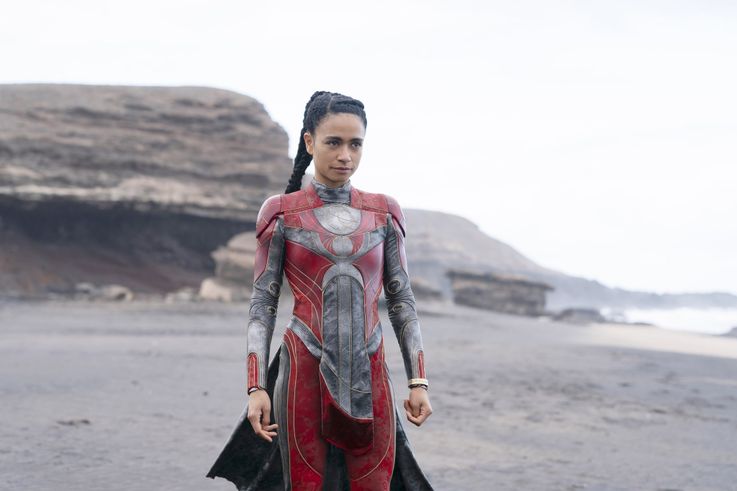 We saw Sprite switching the gender was simple enough but the hearing situation is a lot different than just changing Makkari’s appearance. This was also handled in Eternals: Celestia #1, which explained that Makkari was trying to contact the Celestials after the Eternals were abandoned and it was in the process, that Makkari lost the ability to not only hear but to speak and to communicate telepathically.

That last one is key because in terms of comic books, not being able to speak telepathically are essentially meaningless distinctions since all of the comic book speech is written. Thus that extra bit about telepathy is necessary. 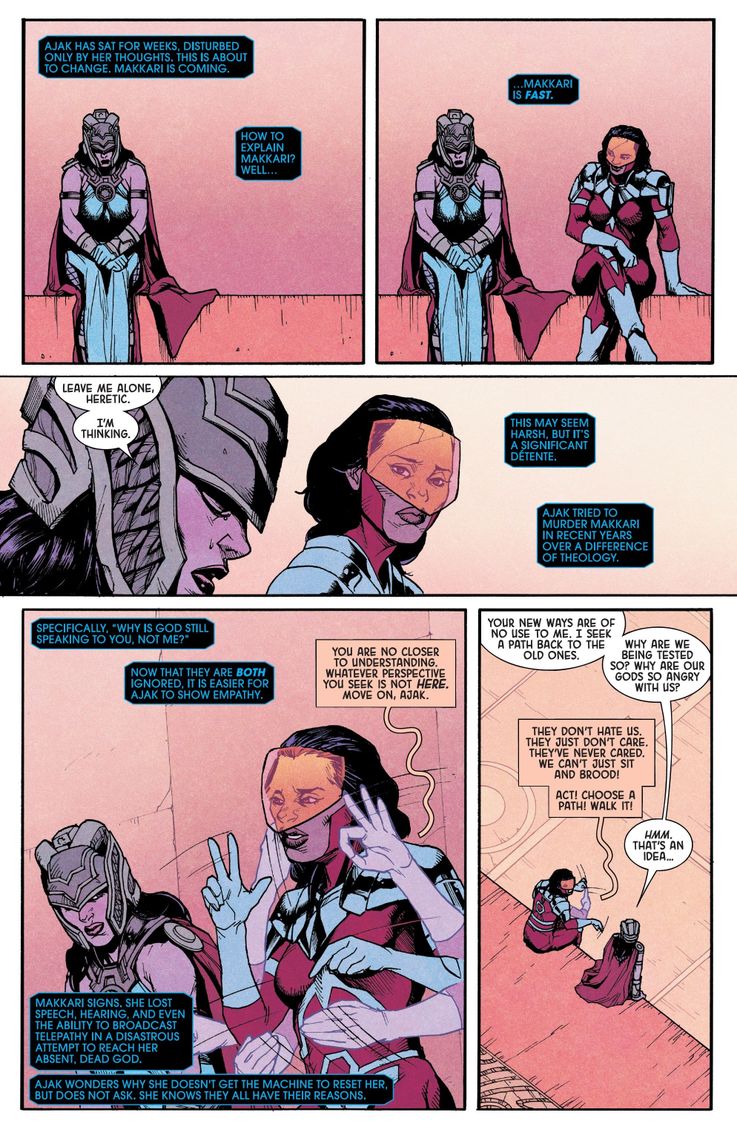 The language is still translated so we can understand Makkari’s words and the artist has to draw Makkari signing the words.

3. Ajak Went Through Some Changes As Well

Ajak is the saddest Eternals change! Ajak was introduced in Eternals #2…
Ajak was the liaison between the Celestials and Earth which was one of Ajak’s biggest character traits in the comics and Ajax interacted with the other Marvel characters like Thor and Hercules too. 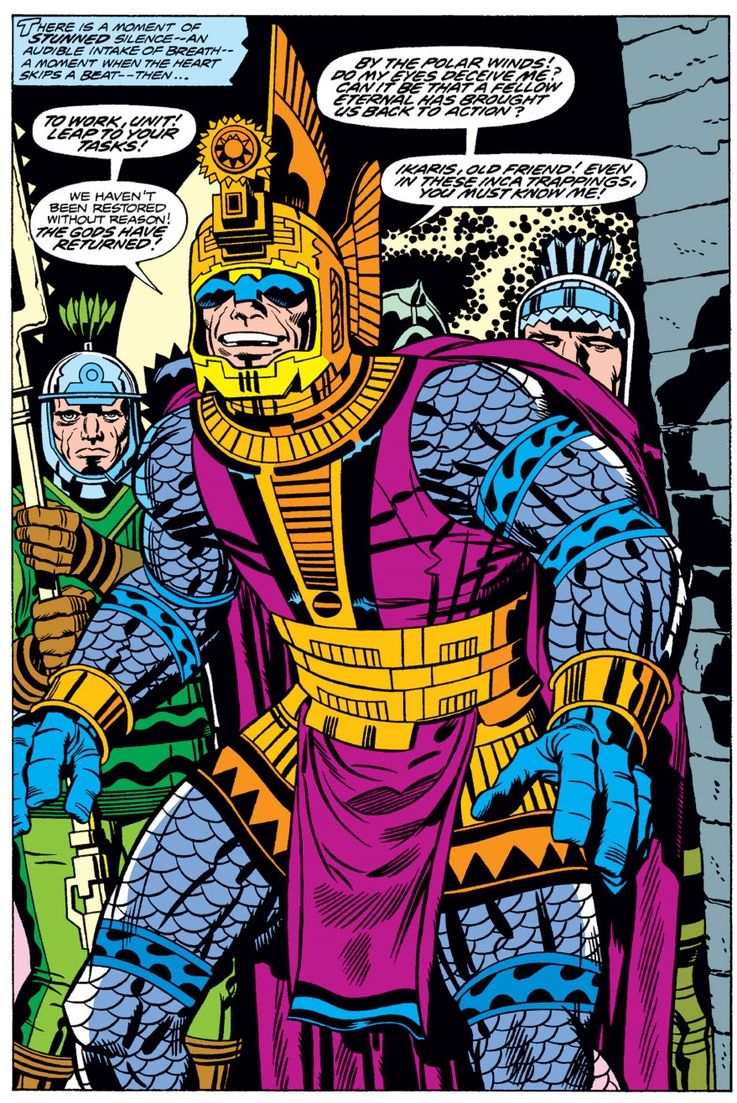 In the film, Ajak is played by the female actor, Salma Hayek…

As a result, in the comics Eternals: Celestia #1, Ajak is now female in appearance but now the Eternals have lost faith in their Gods aka the Celestials. 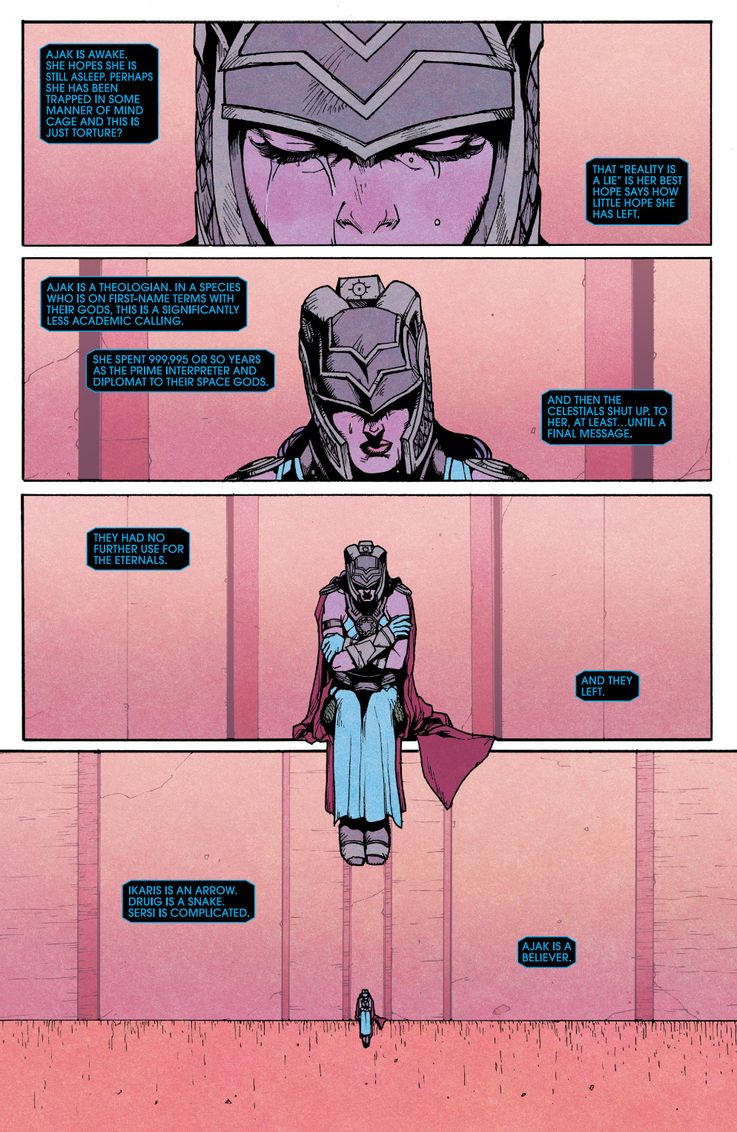 So of course Ajax is of no use now that Earth and the Gods have abandoned the Eternals. This leaves Ajax in a really sad place as a character right now in the comics.