Death’s Head was originally set to first appear in Transformers UK #113 in 1987 as a bounty hunter for the storyline and with no plans for future use. After Senior delivered his mech-like design, it was decided there was more potential in the character than originally anticipated. This encouraged the writers to revise the dialogue and Marvel to debut a single page strip titled “High Noon Tex” in other magazines to avoid a copyright dispute with Hasbro. Death’s Head subsequently appeared in several Marvel UK titles including Doctor Who Magazine and Dragon’s Claw, before receiving his series.

Death’s Head’s origins were not revealed until 1990 in the story “The Body in Question.” He was reprogrammed to be colder and calculating before being sent through time and resized as a giant (explaining his first appearance in Transformers UK). Eventually, Death’s Head acknowledged that he did not want to be like his bloodthirsty “father.”

The original Death’s Head has continued to dart in and out of Marvel Comics continuity in the intervening years. While there have been so many appearances across the years, they are a must-know for a new fan.

Death’s Head 3.0: The newest version of Death’s Head appeared after winning a fan poll hosted by Marvel Comics. In this version Death’s Head is a cyborg weapon from 100 years in the future.

Death’s Head mostly makes cameo appearances, providing a little bit of action and humour to superhero stories before disappearing again. Few of those are Wanted: Galvatron — Dead or Alive! and The Life and Times of Death’s Head.

Death’s Head has been adapted in the animated film, Planet Hulk, the video game, Ultimate Marvel vs. Capcom and the board game, Heroclix. 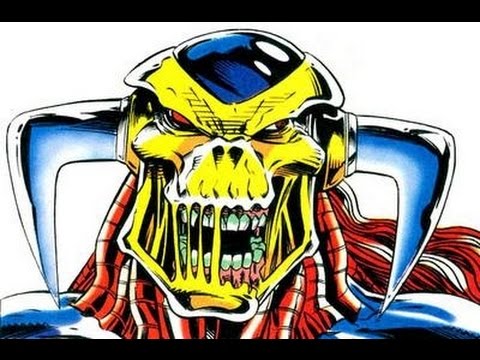