Marvel Comics ON FEBRUARY 27th has released a teaser for an upcoming Venom storyline which appears to see Carnage targeting the entire Marvel Universe.

The image, illustrated by Greg Land, shows a number of Marvel’s biggest and most powerful heroes succumbing to what seems to be Carnage’s symbiote. Above the Avengers is Venom, his own symbiote seemingly reaching down to the Avengers’ outstretched hands, with the phrase “Everyone is a Target” between him and the imperiled heroes.

‘Everyone is a Target’ says the TEASER

Almost six months after the release of Sony’s Venom Marvel Entertainment continues to focus on the symbiote antihero with the release of a new teaser image for a summer comic book storyline that appears to put the character against a number of Marvel heroes. What could it possibly mean?

As you can see from the teaser art illustrated by Greg Land found below, it involves Venom and the Avengers.

The teaser image, released Wednesday without comment from Marvel, features Venom suspended above Spider-Man, Captain Marvel, Hawkeye, Captain America, the Hulk and the Thing from the Fantastic Four, all of whom are being strangled by red tendrils from a mysterious source.

The image is captioned, “Everyone is a target,” with the only other text being, “August 2019,” presumably relating to the release date of the future project.

That the tendrils strangling the various heroes are red would suggest that they’re not from Venom at all, but Carnage, the offspring of Venom’s symbiote side as bonded to serial killer Cletus Kasady. Carnage, a recurring villain in both Spider-Man and Venom comic books, has headlined his own comic book title on multiple occasions since his 1992 debut, with his recent return to prominence being part of the current Venom series.

Though it could be speculated that “Everyone is a Target” is the title of the storyline itself, that sounds much more like a tagline to me. Either way, this is sure to captivate the interest of True Believers far and wide. 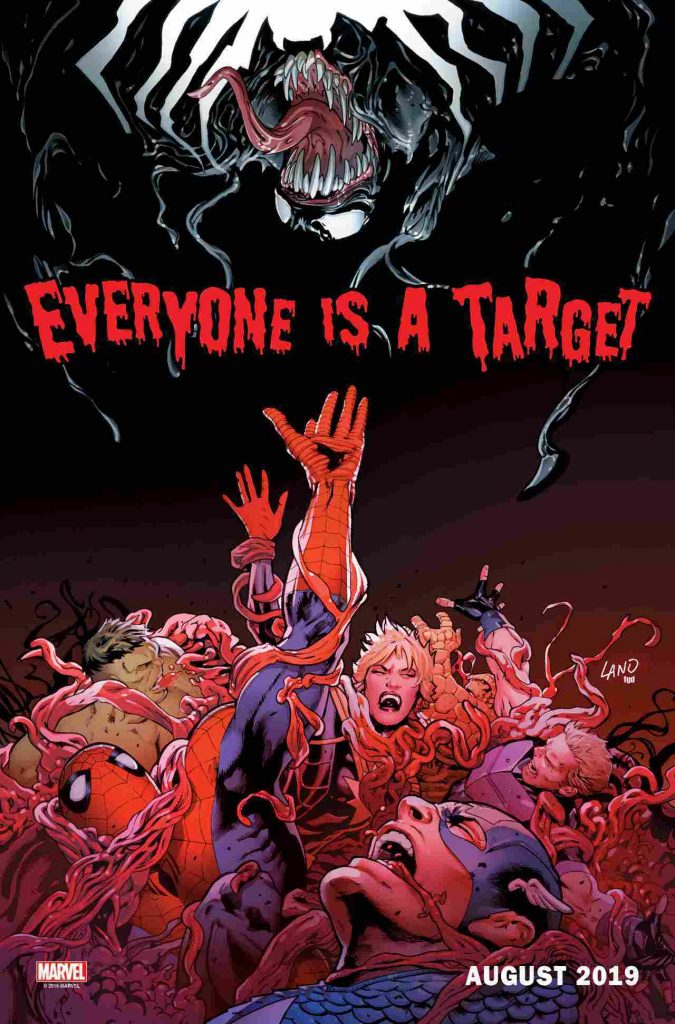 Everything Is A Target -Teaser Art

Venom follows Eddie Brock as he attempts to revive his journalism career by investigating the Life Foundation only to come into with an alien symbiote that bonds with him, granting him powers and transforming him into the titular anti-hero. 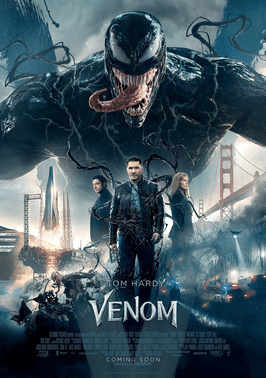 Given the disparate characters appearing in the promotional image, whatever project is being teased would appear to be a crossover event storyline — there is currently no title in which the seven characters appear together being published by Marvel. If it is a crossover, it would be Marvel’s second such event this year, following The War of the Realms, which is set to launch next month. 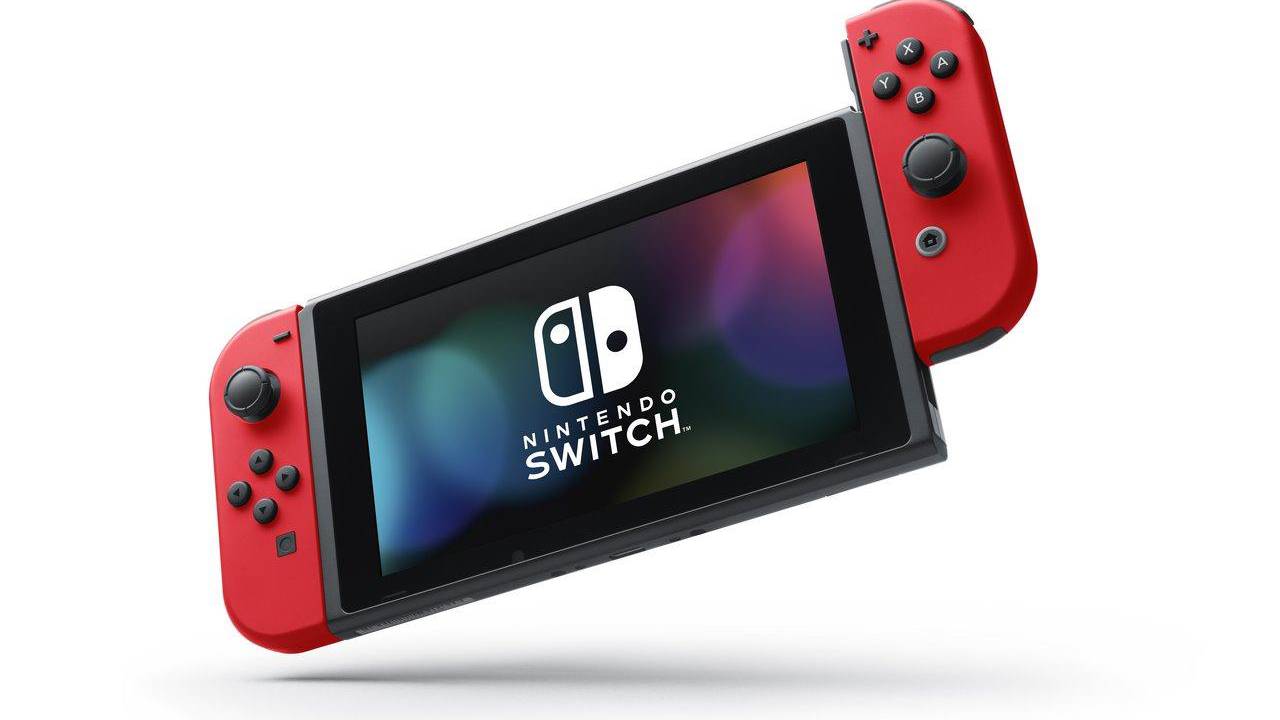