Thanos and other Titans were actually related to the Eternals and since Thanos‘ father was an Eternal who split from the rest of the group to go and find his own civilization on Titan. Thanos obviously could not have originally intended to be connected to the Eternals since he was introduced in 1973 while Eternals went on to debut in 1975.

Marvel actually had an Earlier Eternals before the Jack Kirby version. It was a long and strange journey to try to make of what amounted to naming coincidence.

In 1971, Stan Lee was about to take his first break from the Fantastic Four when he came to Fantastic Four #113, which introduced a new villain so powerful that even Watcher was scared of him… 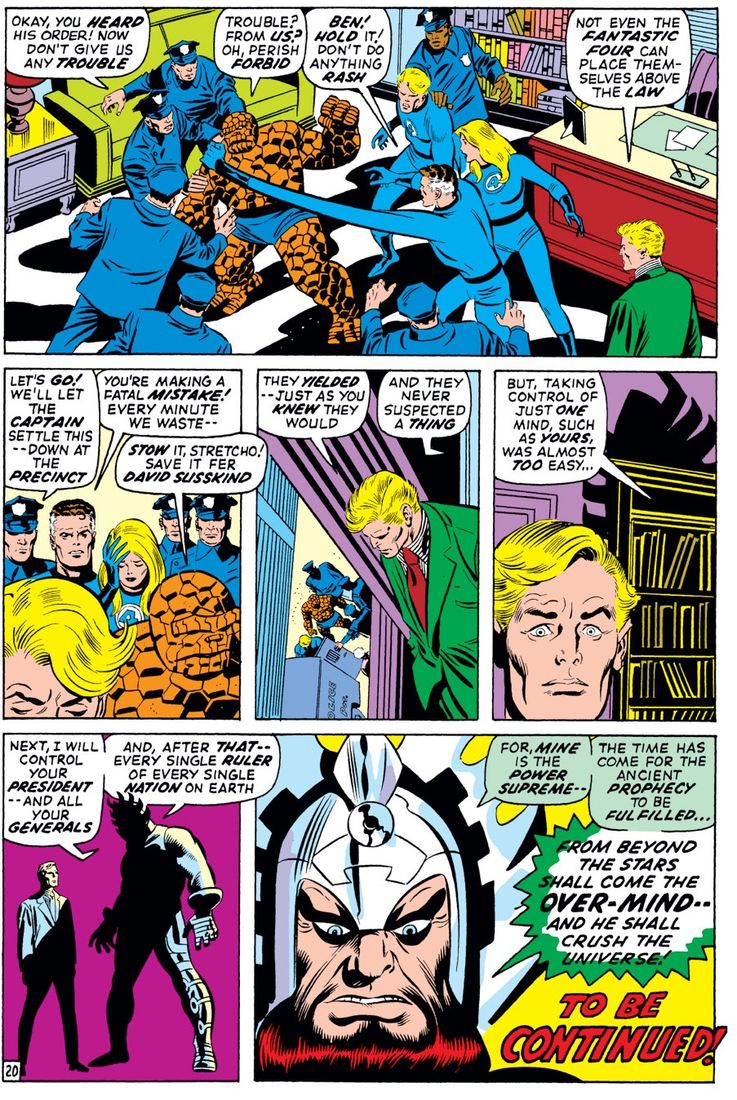 In the following issue, it was seen that the Over- Mind is apparently doing all of this for the Eternals but it does not explain who or rather what the Eternals are… 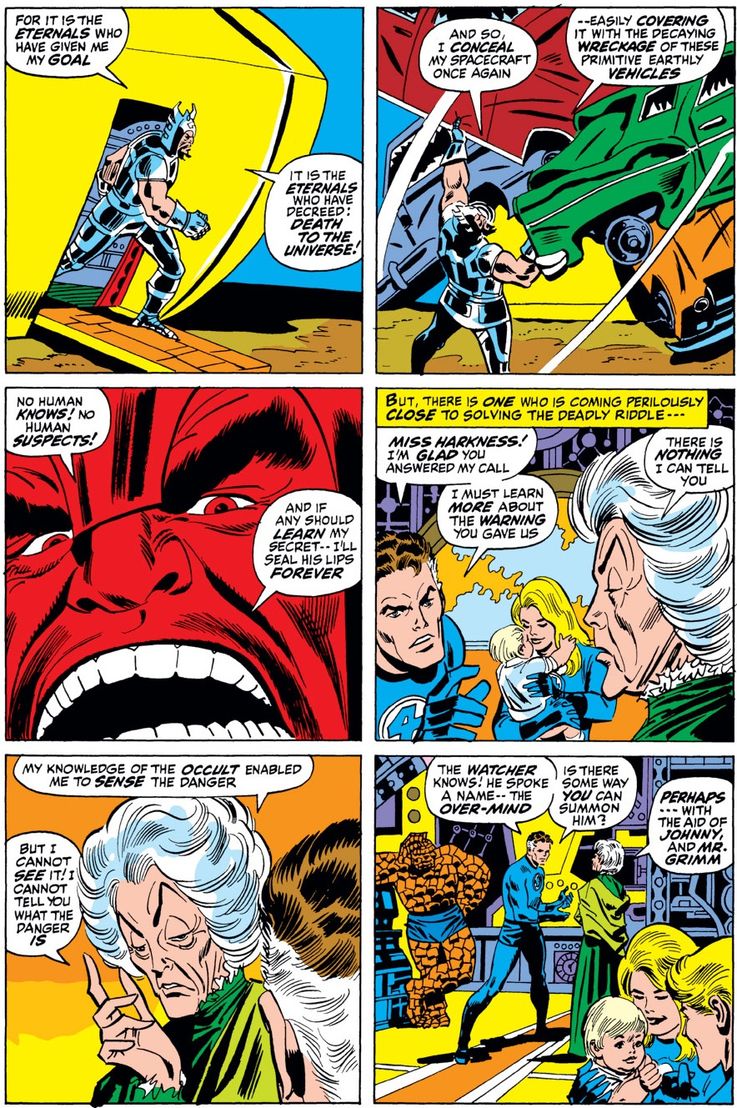 Stan Lee probably did not even know who the Eternals were when he first wrote Fantastic Four #114, but #115 was literally titled “The Secret of the Eternals”, so Lee had to come up with something quickly… 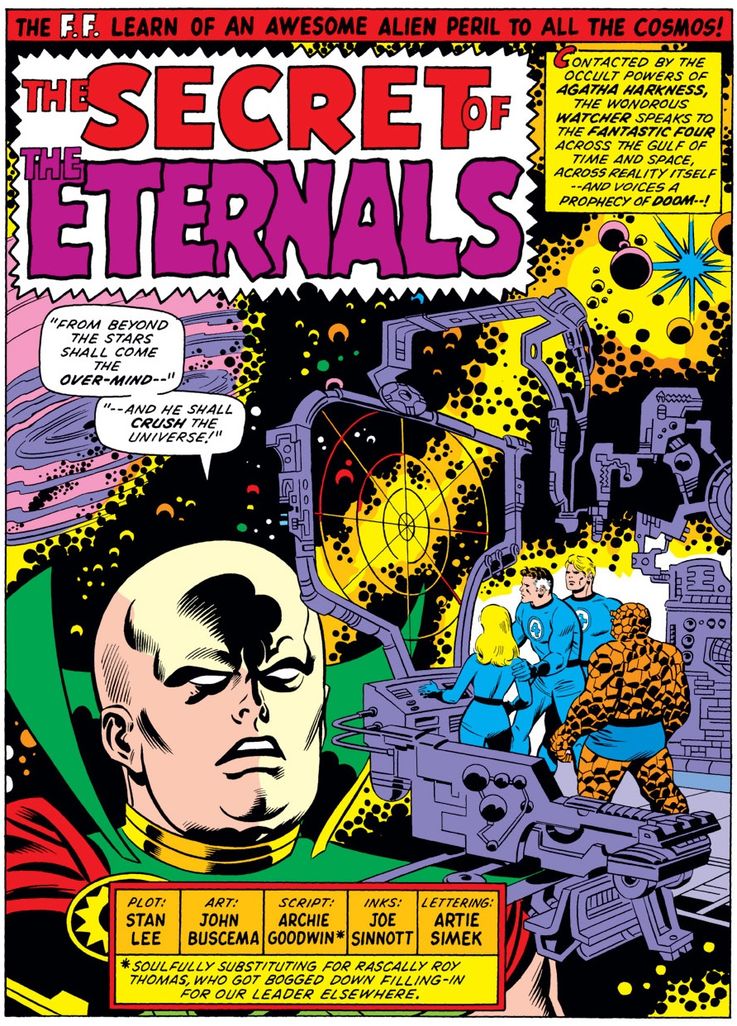 And as it turns out, The Eternals were evolved to the point where they would be able to destroy worlds with their weapons 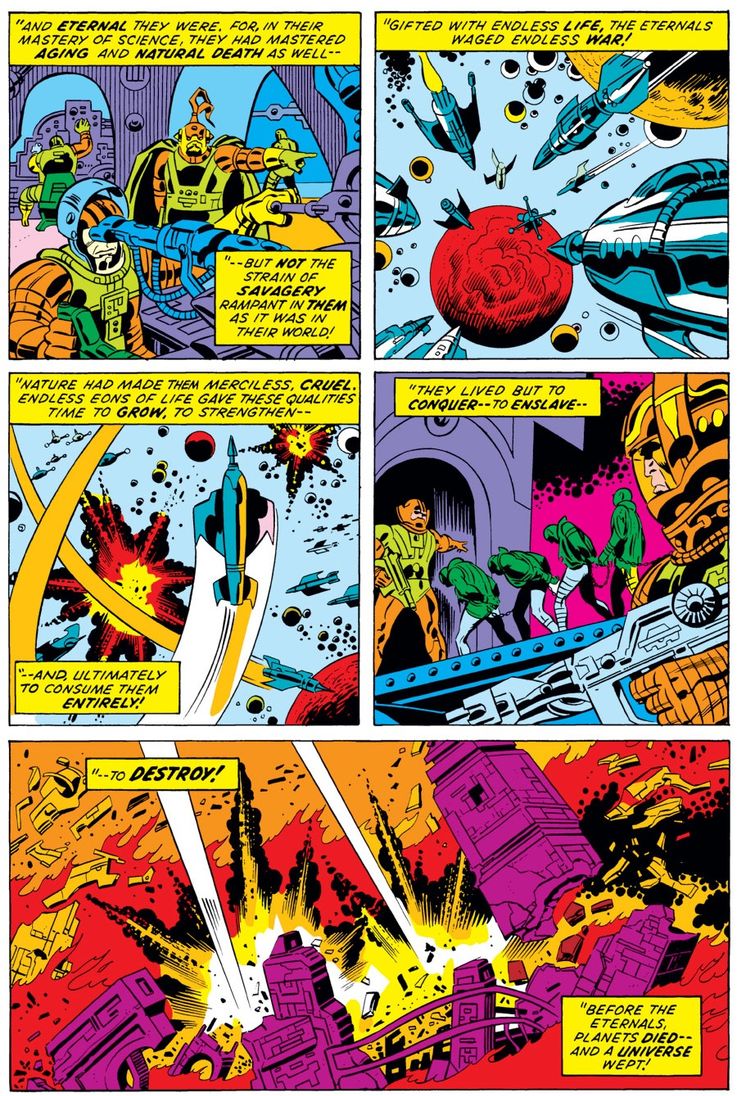 They ended up being so powerful that they began to turn on each other with one of the Eternals, Grom becoming the most powerful member of the Eternals when they turned on each other. Later, the Eternals were conquered by another alien race and then they converted their whole population into energy and poured it into Grom, who then became the Over-Mind and his duty was to avenge the Eternals by conquering the universe and of course with Earth.

The Eternals Became The Eternians!

Fours years later, Jack Kirby introduced HIS Eternals to Marvel Comics. Kirby’s Eternals are powerful beings that were experimented on by the Celestials and were almost space Gods. 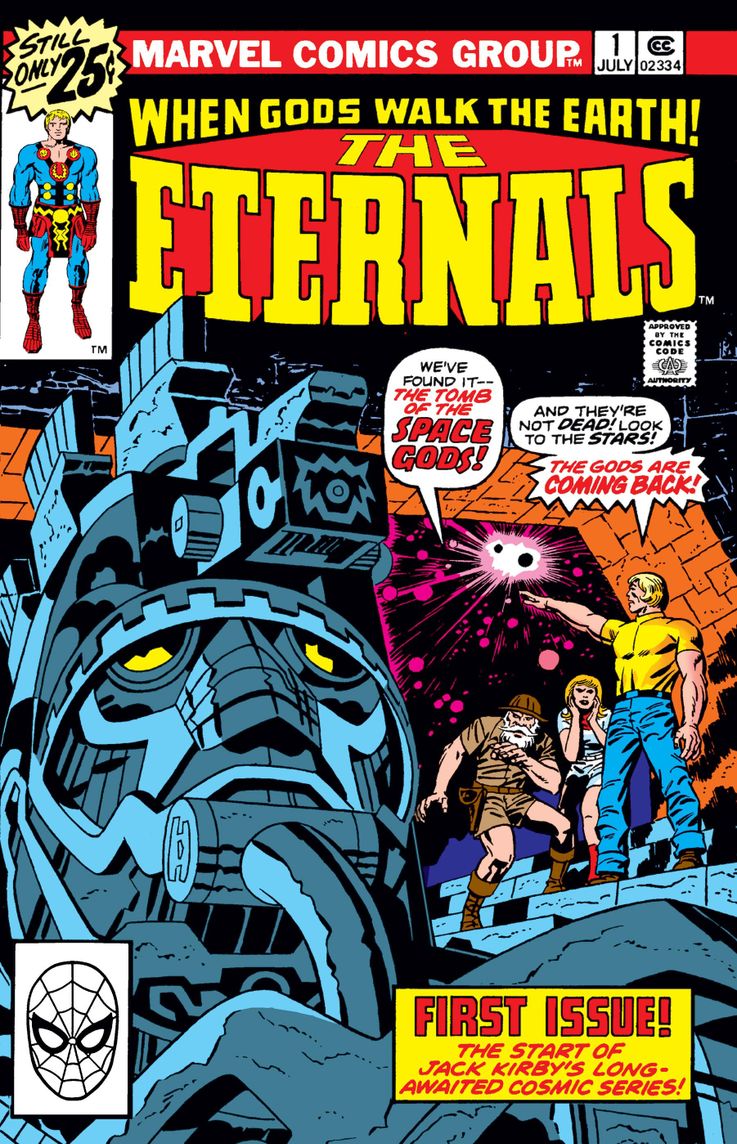 Kirby’s Eternals were designed to be their own distinctive version of Earth and not the part of the Marvel Universe. Once the series ended and Kirby stopped working for Marvel and Roy Thomas then integrated the Eternals into the Marvel Universe incorporating them into Thor.

So now there are two different groups known as Eternals! 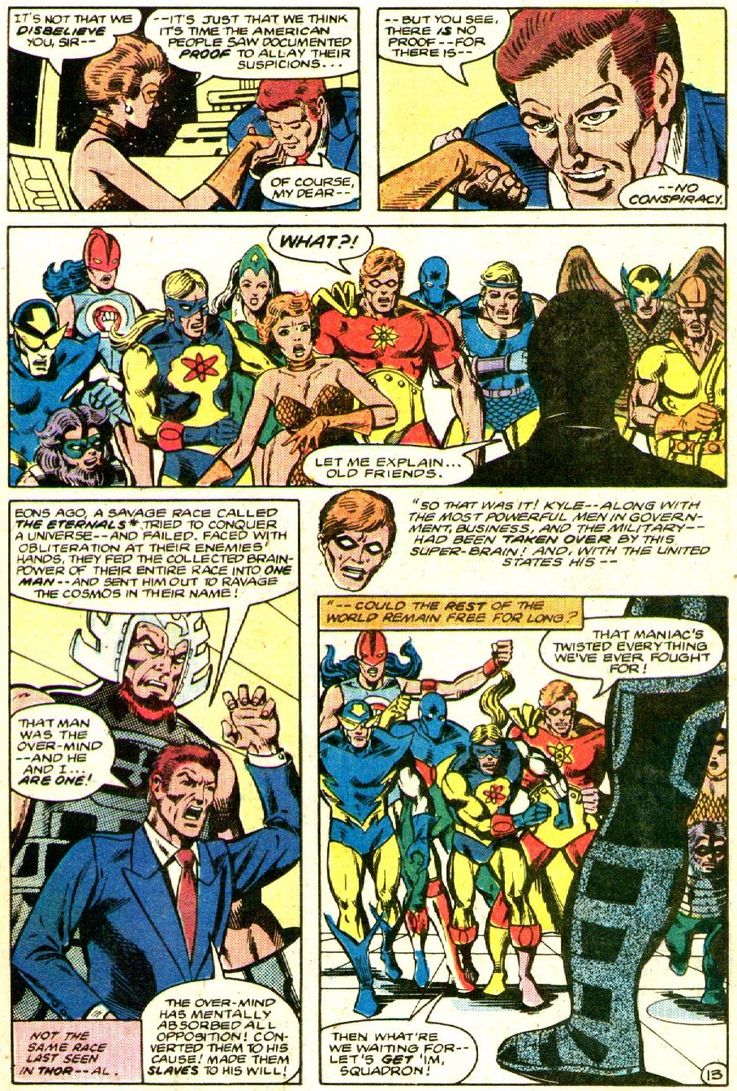 The Official Handbook of Marvel Universe then revealed in Over- Mind’s entry that his people were now the Eternians, to differentiate them from the Eternals!! 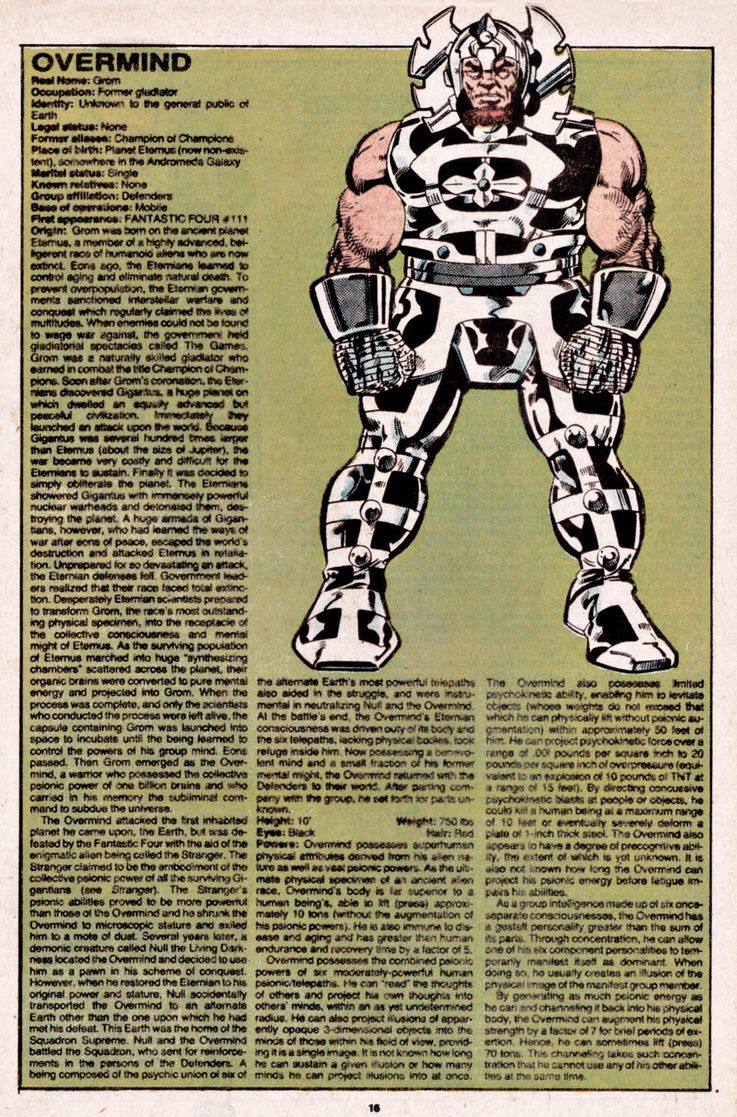 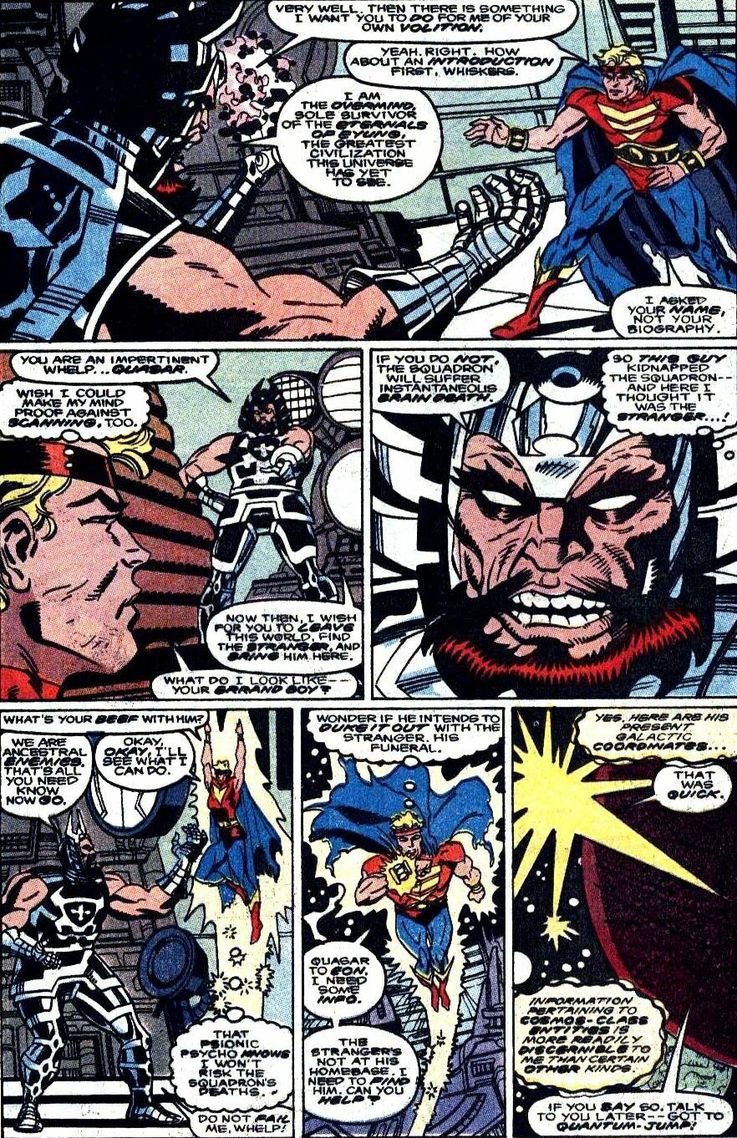 The Real Eternals Are Connected To These Eternals !! 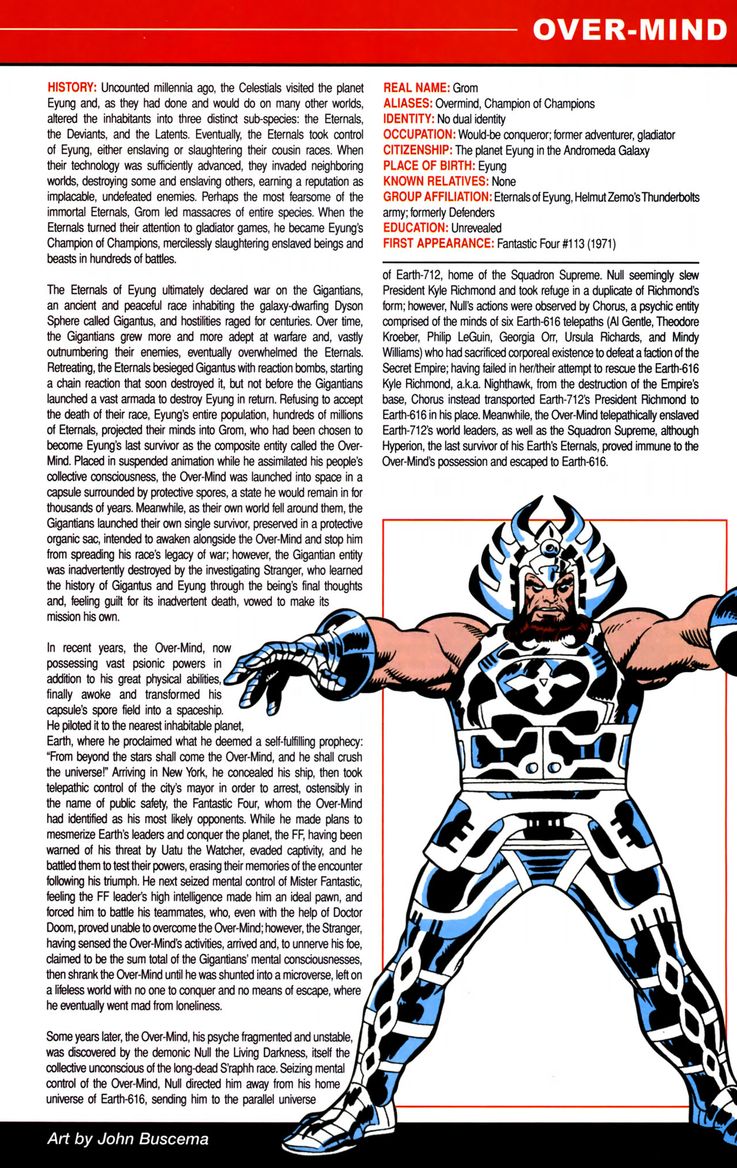 It was revealed that Eternals of Eyung called that because they are Eternals!

Just like how the Celestials came to Earth million years ago, they did come to Eyung too and did the same thing they did on Earth and separate the people into Eternals, Deviants, and Latents. The reason they were called Eternals is that they were just like the Earth Eternal group.

There has been nothing on this revelation yet but maybe they could come into a new story factor?