We all know Gambit is one of the most popular superheroes within the X-Men universe. The Cajun master-thief has a very fancy history and intriguing origin story. He also comes with one of the coolest superpowers as well. Gambit has the power to supercharge any object with energy, turning anything he holds in his hands into a powerful explosive. But the newest issue of Excalibur has given Gambit one more ability. Remy Etienne LeBeau is now a super speedster faster than Quicksilver. 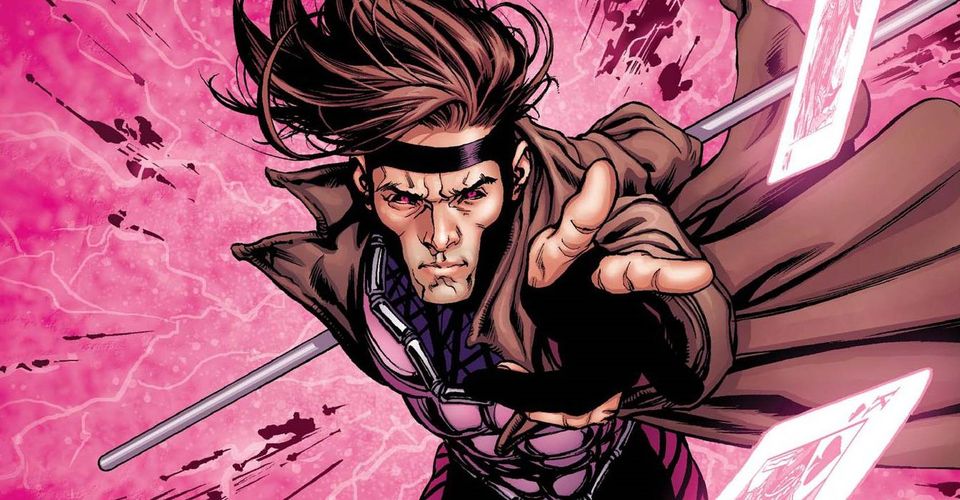 Gambit’s mutation is special. It makes him one hell of a guy you would not want to cross paths with. He can absorb the kinetic energy off of surrounding objects and put it into other objects. For instance, his infamous throwing cards once charged with the explosive kinetic energy by Gambit, have the power of an IED. He has recently started to learn how to channel magical energy into his explosions as well. People thought these new array of abilities Gambit was showing were a one of instance. he needed help from the rest of the Excalibur team to do so. But in Excalibur #10, the trend to make Gambit overpowered continues.

Gambit has shown he is capable of draining all energy coming from an incoming high velocity missile. And in Excalibur #22, a new power upgrade pushes Gambit to the realm of an Omega Level Mutant. 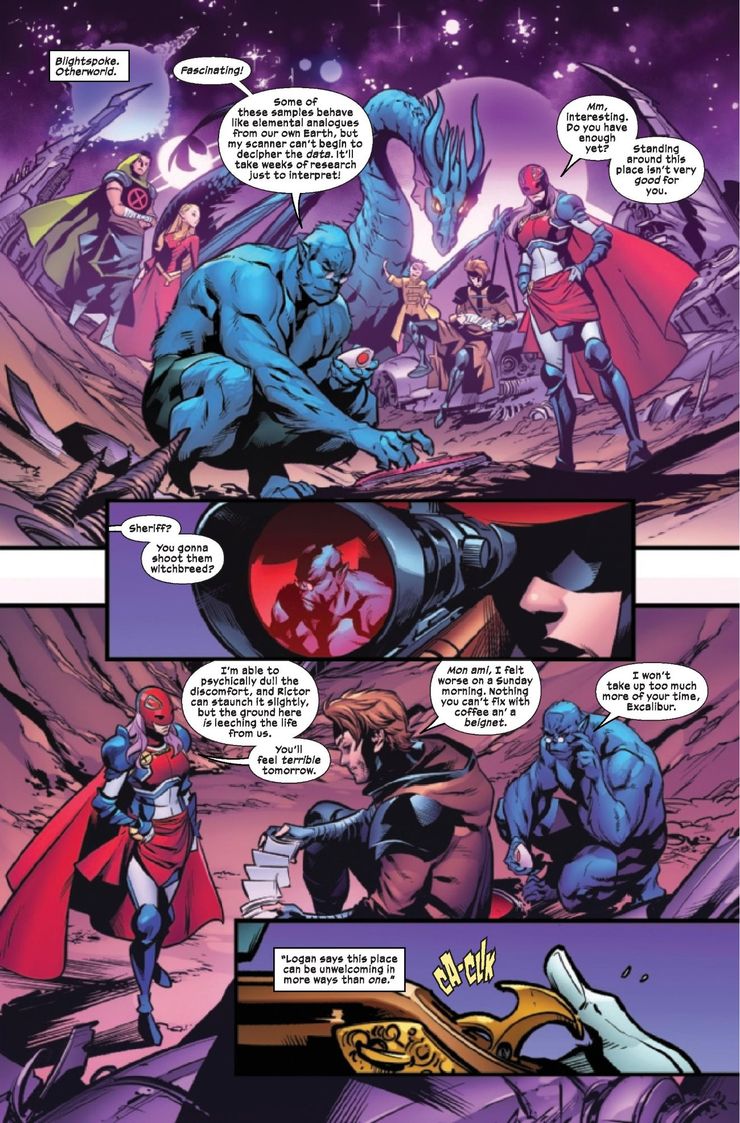 The preview pages show the Excalibur team exploring and surveying the brutal Blightspoke. After the devastating events of the recently concluded Hellfire gala, Gambit and company are investigating events in the Otherworld. The intentions of the Excalibur team in Blightspoke are not known. But Gia Whitechapel, the Sheriff of Blightspoke, is certainly not ready to entertain visitors. She wastes no time in firing a bullet aimed straight at Gambit’s head. This allows readers to see just how ridiculous amounts of speed Gambit now has access to. 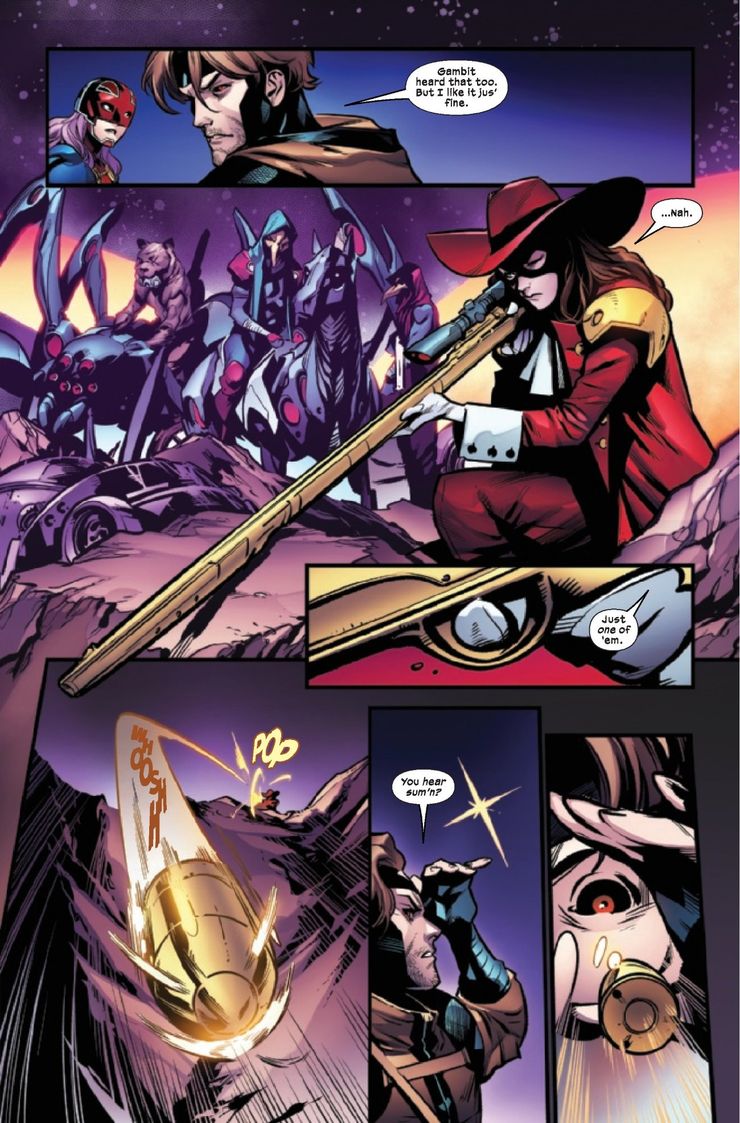 Gambit manages to stop the bullet fired by Gia Whitechapel by literally catching it in mid-air. The preview does not explain how in hell Gambit managed to pull off this feat. Did Gambit just grab the bullet with his bare hands, absorbed all its kinetic energy, and threw it away with twice the force? Or does his body now possess a kinetic energy dampening aura around it which can absorb kinetic energy off of objects the instance it make contact with his skin, giving him a form of bulletproof durability?

What Exactly Are Gambit’s Powers? And What It Implicates? 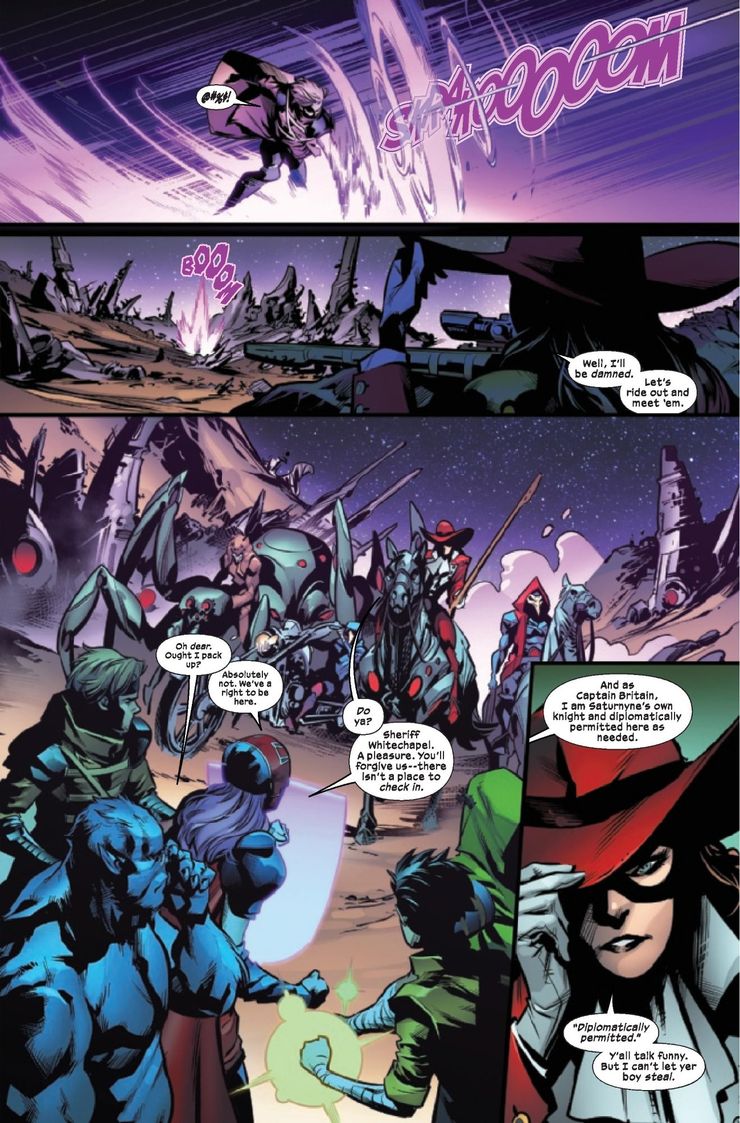 Gambit is known to be quick on his feet, and with amazing reflexes. But he was certainly never quick enough to grab a bullet in mid-air. There is something else going on within his body. This level of reflexes proves Gambit just might have what it takes to surpass Quicksilver‘s speed, who is considered the fastest mutant to ever exist. 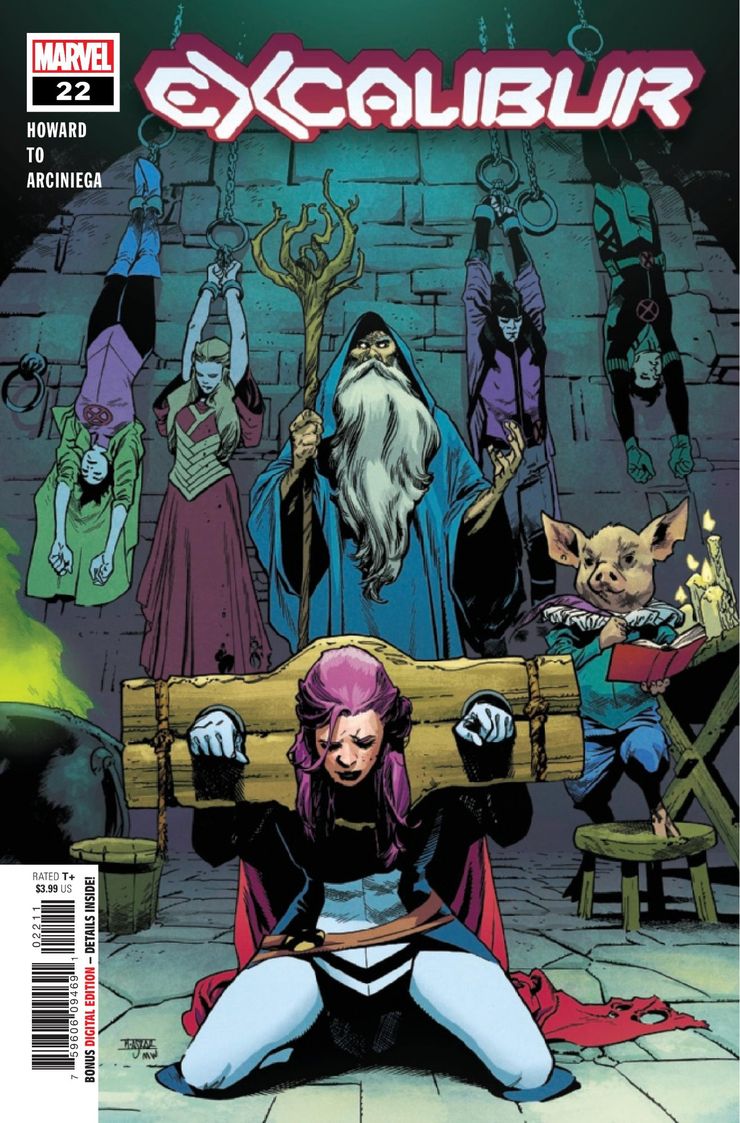 There are a lot of questions. Gambit has already had a secondary mutation. His second set of mutant powers gave him an early warning system just like Spider-Man’s Spidey-Sense. Now that Excalibur #22 is showing yet another set of powers for Gambit, is he going through yet another secondary mutation – maybe a tertiary mutation if we may? Is that even possible? And if it is, just how many other mutants are capable of undergoing a tertiary mutation, if it exists that is.