Snapchat filters have been doing various rounds for some time now. Gender swaps and 10 year challenges and what not. 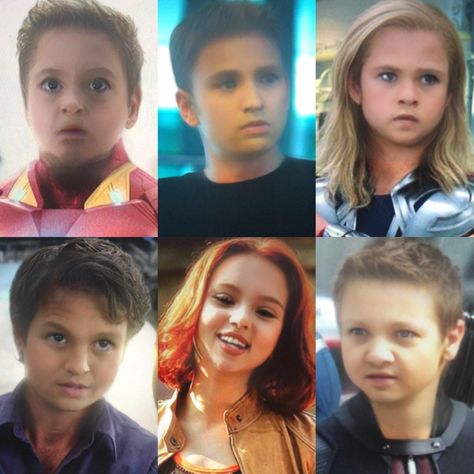 Another quite popular such filter is that of Baby Face. People have been using this filter not only on themselves, but also on their favorite celebrities. And of course, superheroes from the Marvel family were few of the many who went through this filter.

So let’s look at our baby faced superheroes who have been defending the world against the likes of Thanos and his army. This is Baby Face: Marvel Edition! aka Iron Man, but with the goatee! aka Captain America, and he is absolutely precious. aka Black Widow – cute but she can still kill you in your sleep! aka Hawkeye, who actually looks a lot like baby Nat for some reason.

aka Hulk, but not too green. Still a little sad though! aka Baby God of Thunder with the moustache and beard! was always sarcastic, just look at her! aka Baby Director of SHIELD with the eye-patch, the ‘stache and that look! Was he ever really a baby? aka Spider Man, and he is always the ‘kid’! aka Winter Soldier, and did he ever get his plums? aka Falcon, who hasn’t apparently shave since he was born. aka the Sorcerer Supreme, and really? Do they all have facial hair since birth? Never thought of the day when Nebula would look cute! aka The General was always a little strict! aka Captain Marvel – and yes! She is always serious about her duty! aka Ant Man, and wow! He  actually does age! aka Scarlet Witch, and she has always had that madness in her eyes! and apparently, Andriods age as well aka the Princess – cute then, cute now. aka Black Panther – and he will always be a King. and she looks as exasperated with Quill then as she is now! aka the Invisible Man – he just hasn’t had the time to practice his art yet.