Spider-Man: Homecoming has been appearing so regularly on Television these days that it is not even a surprise to see fans continuing to spot fascinating details and Marvel Cinematic Universe connections that they may not have observed in the initial time. Such is the case today, as one fan’s observation has gone viral on Reddit.

What fans are interested in is visual evidence of a smaller character arc within Spider-Man: Homecoming, for two characters that you probably did not give a second thought to when you met them in the film.

Let us take you through the Marvel homecoming details you have missed. 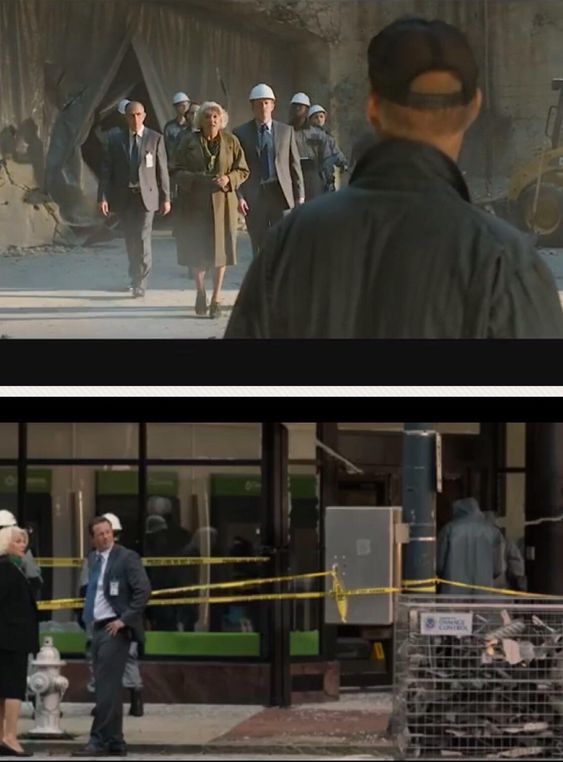 “A little detail I noticed whilst watching homecoming. The man and woman from damage control who took over from Toomes’ crew at the start of the movie can also be seen at the aftermath of the attack at the atm vestibule.”

The lady head of the of Damage Control is Anne Marie Hoag, who is performed by actress Tyne Daly. Both the pictures have originated from the inauguration of the film, and from after Spider-man’s ATM heist fight. Captured together, the pictures showcase a delicate but crucial story about what has happened with Damage Control in the long years in the amidst of Spider-Man: Homecoming’s opening and the scene pictured below.

In that course of time, it is more closely evident that Hoag has matured into her role as G-woman, and her agency along with her. In the second picture her dress and grooming are better and sharper, and her authority much clearer and procedural, as if she’s definitely used to this line of work by now.

Damage Control is a crucial aspect of the world of Marvel, as the agency is responsible for cleaning up after superhero and supervillain battles. The Marvel Cinematic Universe version was flourished by Tony Stark, much to the chagrin of Adrian Toomes (Michael Keaton), who was the city’s appointed clean-up man before Stark and the government intervened. What is going to be most fascinating is observing how institutions like Damage Control, will need all hands possible to do the law and order in the absence of a varied number of heroes.

Avengers: Infinity War is now available as a digital download and on Blu-ray and DVD. Ant-Man and the Wasp are now being shown in theatres. Upcoming Marvel Cinematic Universe movies comprise Captain Marvel on March 8, 2019; Avengers 4 on May 3, 2019; Spider-Man: Far From Home on July 5th, 2019 Guardians of the Galaxy Vol. 3 has been delayed indefinitely.