At the end of Avengers: Endgame, Steve Rogers, after having lived a full life of his choice, handed his shield to Sam Wilson, the Falcon, and effectively passed the Captain America mantle on to his very friend and partner. The aging Steve retired in a moment that brought the character’s Marvel Cinematic Universe arc to a proper conclusion. Now, it’s up to Sam Wilson to live up to the legacy of the Sentinel of Liberty, which is bound to be explored in the upcoming Disney+ series, The Falcon and the Winter Soldier.

The Falcon and the Winter Soldier will also feature the introduction of John F. Walker

With the series well into production, we’ve already caught glimpses of the characters making their MCU return such as the two titular superheroes and Captain America: Civil War‘s Baron Zemo. But The Falcon and the Winter Soldier will also feature the introduction John F. Walker, the antihero and occasional villain known as U.S. Agent. In fact, new set photos of the Disney+ series have debuted the character’s costume, which comes with a very familiar shield.

With the U.S. Agent heading into the MCU, Marvel has the perfect way to bring Steve Rogers back to the MCU.

John Walker debuted by 1986’s Captain America #323. Created by Mark Gruenwald and Paul Neary, the character’s first alias was Super-Patriot, and he was a foil to Steve Rogers’ patriotic super-soldier. At first, he was a very twisted mirror image of Captain America, an opposite meant to challenge him and his views on freedom. However, over  lapse of time, the character’s more extreme traits would be toned down, and he would redeem himself by becoming the new Captain America after Steve Rogers abandoned the red, white and blue mantle. After Steve Rogers had reclaimed the Captain America mantle,John Walker still clashed with Rogers from time to time but mainly continued on as the antihero U.S. Agent. 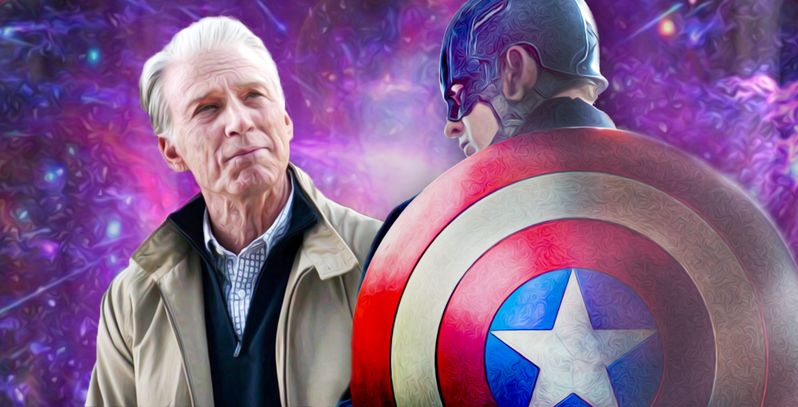 While Steve named Sam Wilson as the inheritor to the legacy of Captain America in the MCU, it’s possible Walker will appear as an antagonist in The Falcon and the Winter Soldier, similar to how he was introduced in the comic book Marvel Universe.  We’ve already seen U.S. Agent in his own red, white and blue costume, wielding Steve Rogers’ iconic shield. Therefore, it looks like he might be positioned as a government-sanctioned Captain America. If that is the case, then he might eventually damage the legacy of Steve Rogers with his warped views, and it could be up to Sam and Bucky to stop him and reclaim the shield.

But if there is an “evil” Captain America wielding the shield under the government’s control, a character who is a twisted reflection of the original, this would be the perfect opportunity to bring back the original Captain America: Steve Rogers. If U.S. Agent is being positioned as a villain, the return of Steve would certainly shine a light on the differences between the two. While there’s no reason Sam can’t keep wielding the shield and carry on Captain America’s legacy, Rogers’ return could still remind the MCU what the mantle truly represents.

The return of Captain America would not only ensure a confrontation with the U.S. Agent Walker, but it would also be a proper nod to the villain’s first appearance in the comics.

Even though Chris Evans may have said that’s he’s done playing Steve Rogers for the time being, but Marvel could still be planning a special appearance in The Falcon and the Winter Soldier. After all, Steve is still alive, somewhere out in the MCU, and he might take issue with his shield falling into the wrong hands.

Directed by Kari Skogland, The Falcon and The Winter Soldier stars Anthony Mackie, Sebastian Stan, Emily VanCamp, Wyatt Russell and Daniel Brühl and will be available on Disney+ in Fall 2020.