Knowhere, which is a space port made its first appearance in 2008’s Nova #4. It’s a severed Celestial head which now serves as a place that alien races visit to carry out weird experiments with a hope to uncover the secrets of the universe. It even served as an unofficial headquarters for Guardians of The Galaxy. Knowhere has even appeared in GoG and Infinity War films. 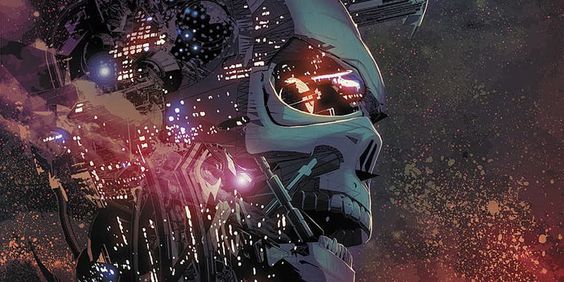 Celestials are seen as giant space beings as old as the cosmos itself and Knowhere has been floating for ages and no one knew it’s origin. Until now, that is. Venom #4 might have given the fans Knowhere’s secret origins. In the issue, we saw how Knull, the God of Symbiotes tells us his origin and how he lived in the darkness of Space before it was invaded by light and Celestials after the Big Bang. Knull fought the Celestials using his symbiote sword known as All-Black, the Necrosword. 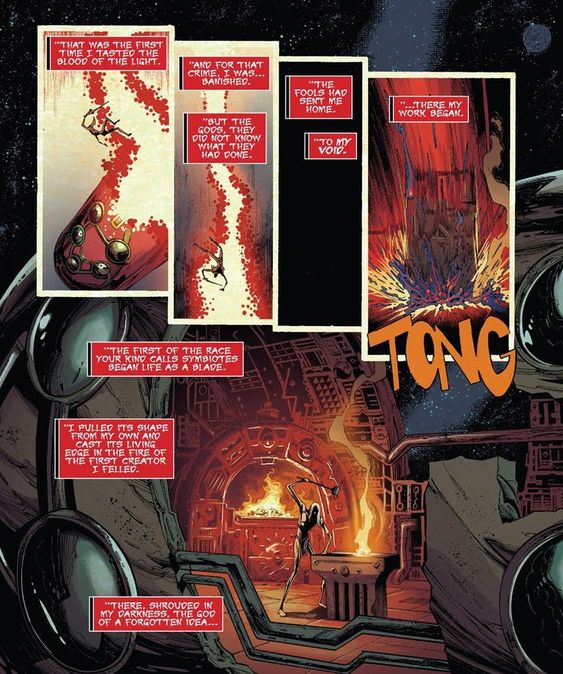 Knull used the sword and sliced the head of off the Celestial nearest to him. Knull is then casted back into the dark space by the Celestials but Knull found refuge inside the victim Celestial’s head. He used the Celestial’s technology to mould the blade into Necrosword. He left his head after that and started moving around to spread his symbiotes.

Though this is not confirmed yet but there’s a solid chance that this was how Knowhere was created and maybe this is why no one knows how the space port got up there. It’s a strong possibility that all of this happened right after the birth of the universe which is why no one has any knowledge about it.