The War of the Realms continues to rage across the Ten Realms of the Marvel’s World Tree. In Thor #13, the war claims yet another Asgardian’s life. 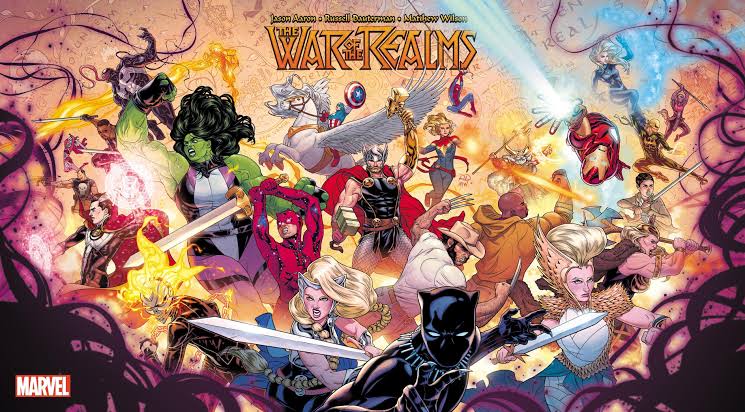 War of the Realms Poster

The War of the Realms has been in the planning for many years. Malekith the Accursed, the dark elf sorcerer who is obsessed with war and is enemy of Thor, escaped imprisonment, had himself crowned as the king of the dark elf realm of Svartalfheim. From his place of power, he has began making allies throughout the Ten Realms and also conquering his enemies. Now the war has found its way to Midgard, the last realm which is  to fall.

Also Read: How the dispute between Captain America and Iron Man was resolved by Mjolnir

Malekith held a key advantage over Thor and his other allies. The Bifrost, the rainbow bridge that allowed travel between Asgard and the other realms, was also destroyed. Malekith, meanwhile, created his own Black Bifrost from the Svartalfheim to carry his forces where ever they are needed. Cul Borson, the near-forgotten Asgardian god of fear, brother to Odin, and uncle to Thor was sent by Odin to infiltrate Svartalfheim and discover this untold secret. 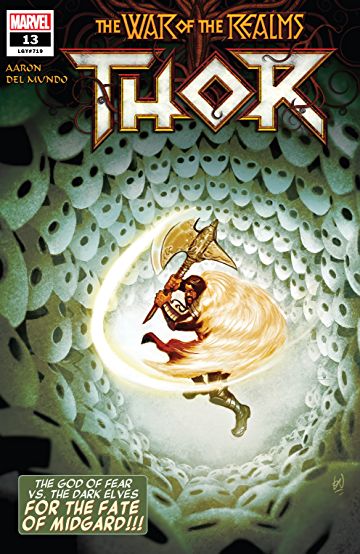 He did so and successfully alerted Odin to the existence of the great Black Bifrost. With that knowledge, the Asgardians were able to send a strike team to destroy the open portal. Meanwhile, Cul Borson made his way to the mine where Malekith’s slaves are forced to harvest the explosive mushrooms used as deadly weapons by his dark elf troops. Cul Borson finds himself in a difficult position where he can rescue the slaves or escape with his own life, and possibly the means of overthrowing his brother to claim the throne of Asgard for himself.

Cul Borson reflects on his own life, his petty cruelty, his only ambition. He comes to a decision: he will die as a god:

Weeks ago, All-Father Odin sent his brother Cul – the Serpent, the God of Fear, Thor’s backstabbing uncle – into the depths of Malekith’s home realm, Svartalfheim. There lies the Black Bifrost, Malekith’s own corrupted Rainbow Bridge. Cul’s mission is to gather intelligence on the Bifrost, and if he can, be able to destroy it. But will Cul Borson redeem himself at the last? Or has the All-Father made another critical mistake in the War of the Realms?

Write For Us
Tags:Asgardian Death, Cul Bronsons, War Of Realms