There has never been a scientific study comparing LGBT walking speed with straight men of a similar age and physical condition. But while we can wait for this interesting research to be conducted, there are other factors at play to consider. We know that gay men tend to gravitate towards urban areas, where walking is the default method of travelling for most of them. It is believed that  they’re more accustomed to walking. 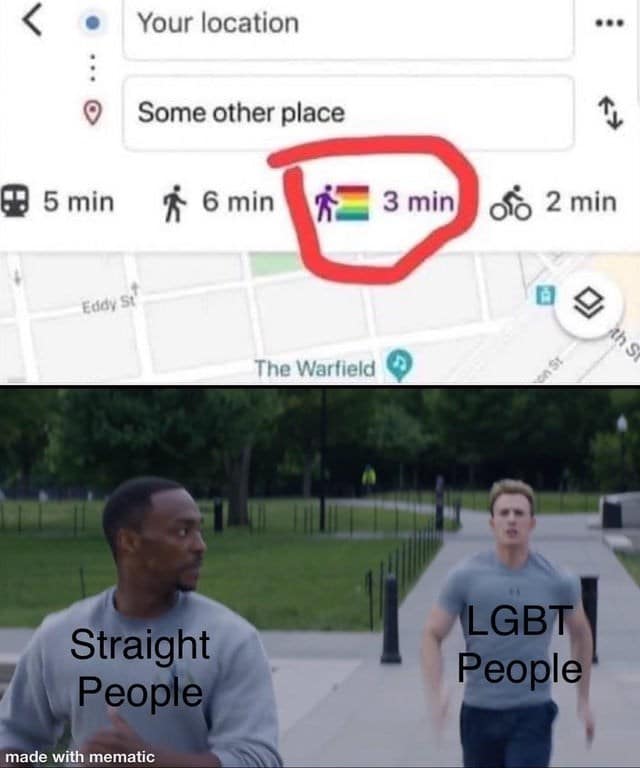 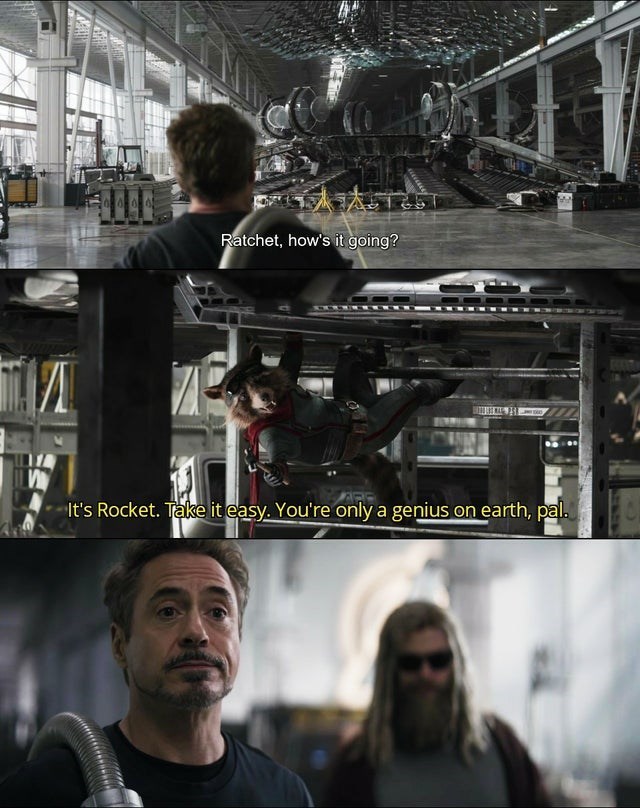 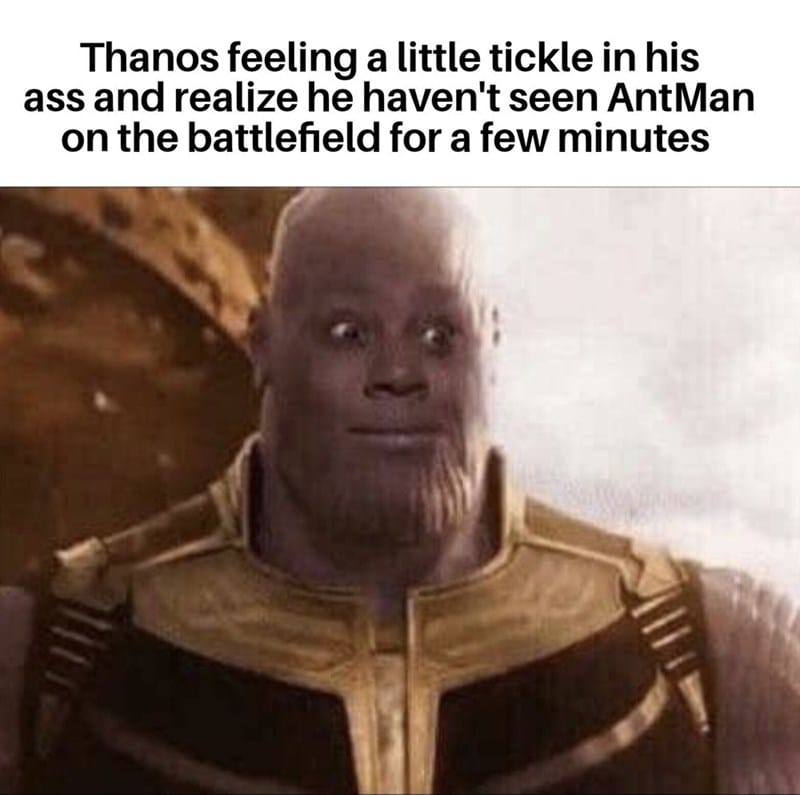 It is not surprising that Thanos, the universe’s most powerful man is scared of the Ant Man. Well you know, because Ant Man is tiny as a speck. So the next time you think of the phrase “bigger is better” then I gotta say, “smaller is smarter and more agile”. 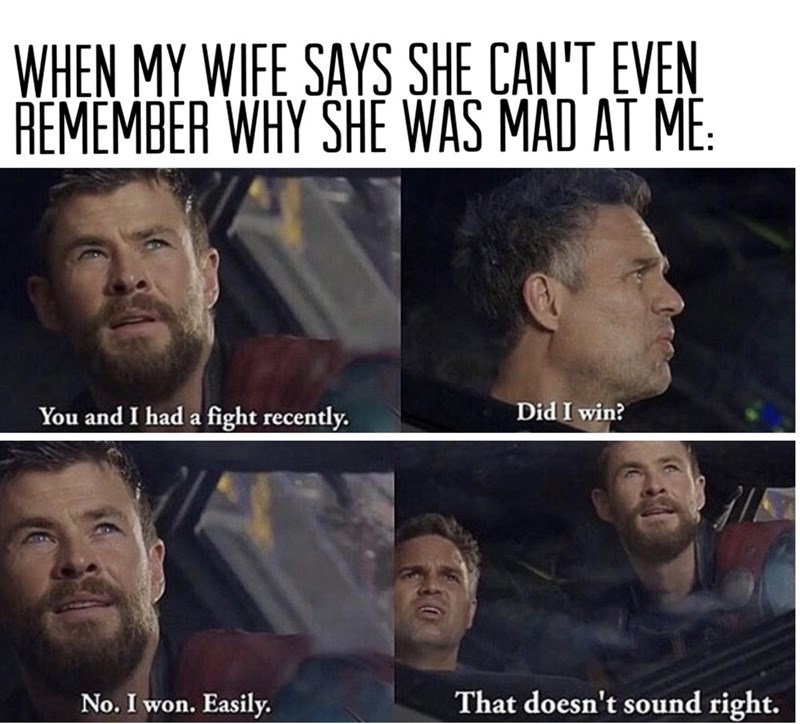 Arguments with wives are pretty interesting as they are downright biased towards themselves and not to mention highly counterintuitive. At the end of the tussle we are always perplexed by their utmost adherence towards being pompous. And of course, the must be pretty sure that we are lying when we say, “I won the fight. Easily”. 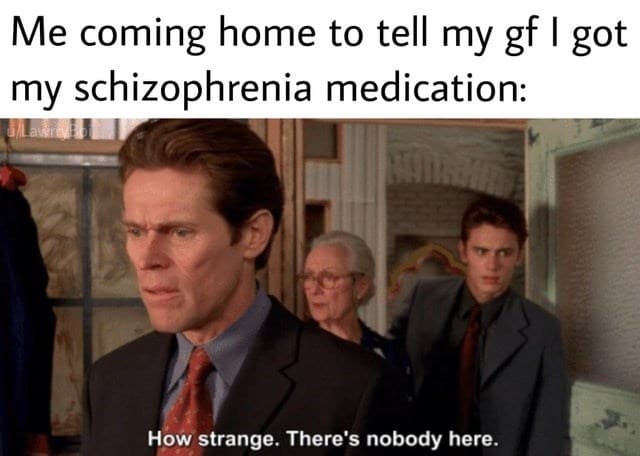 Given the fact that how mental health awareness is prevalent these days, it is not surprising that many people can in fact relate to this meme entirely. Although there wouldn’t be a complete elimination of the hallucination (only a diminished effect of it) but this meme explores the stupidity and the awfulness of the people with schizophrenia view the reality. 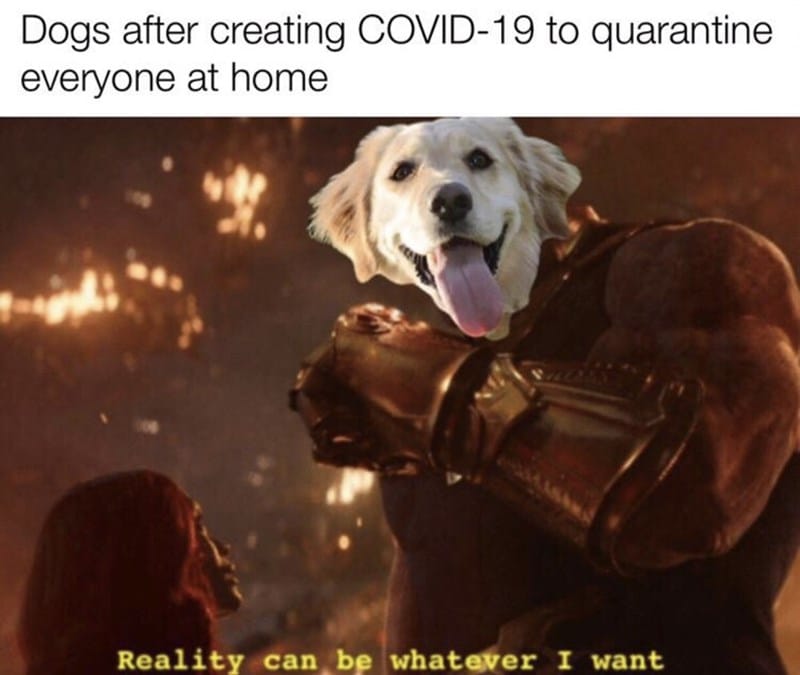 The secret reason why dogs are cuter than cats or other pets is that they keep assuming and imagining things about things in real life. I would bet anything to say that definitely one dog would assume that it has created COVID-19 to quarantine everyone at home. This why humans like these innocent and cute species that God 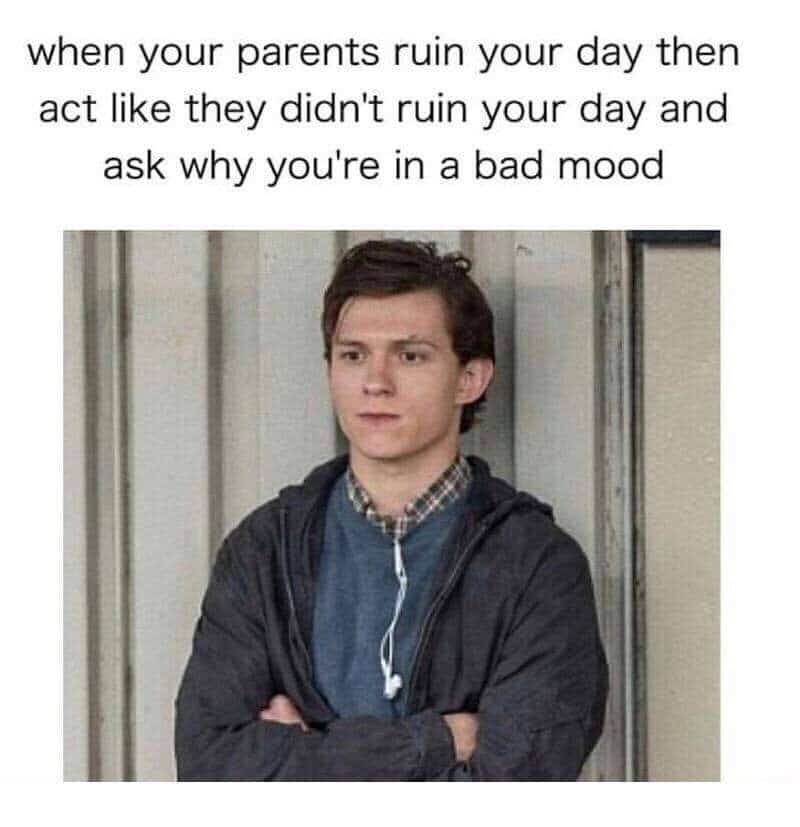 One of the important jobs for a parent is to understand our needs and wants. But there has been many cases where that task fails badly. It is even frustrating when they are oblivious to ruining your day and indeed lecture you about the do’s and don’ts of a good life to further make it a terrible day. 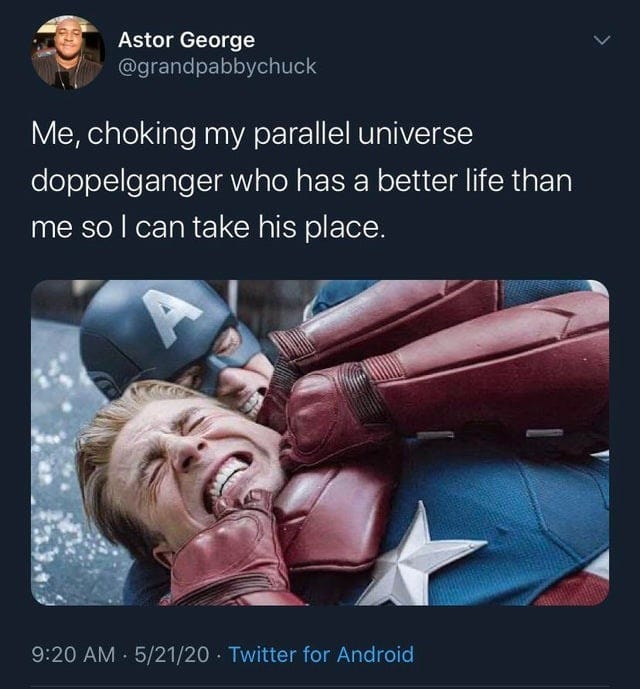 It ain’t surprising that everyone wants and deserves a better life than their current one. But no one is actually willing to change their lives by hard work and good effort. All they want is an instant gratification and a split second change to enhance their lives. To have a better life is easier said than done. 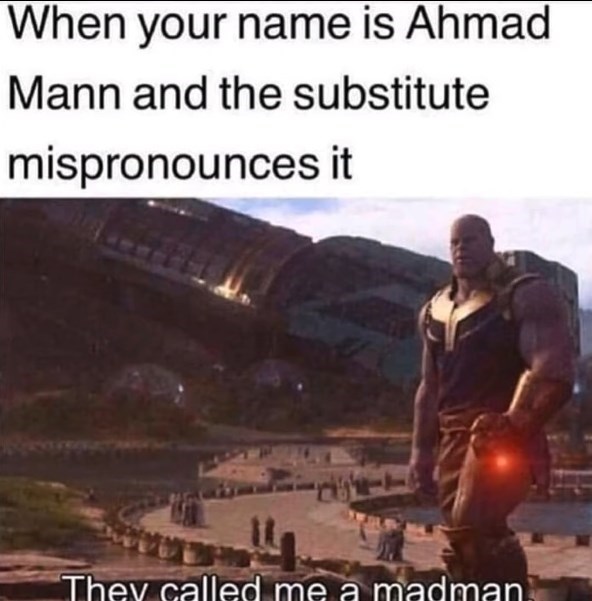 Teasing people by their names is not uncommon. But when it comes to this kind of mispronouncing the original name is kind of daunting to the person. His parents must be genuinely “Ahmad” about people teasing his son like that. 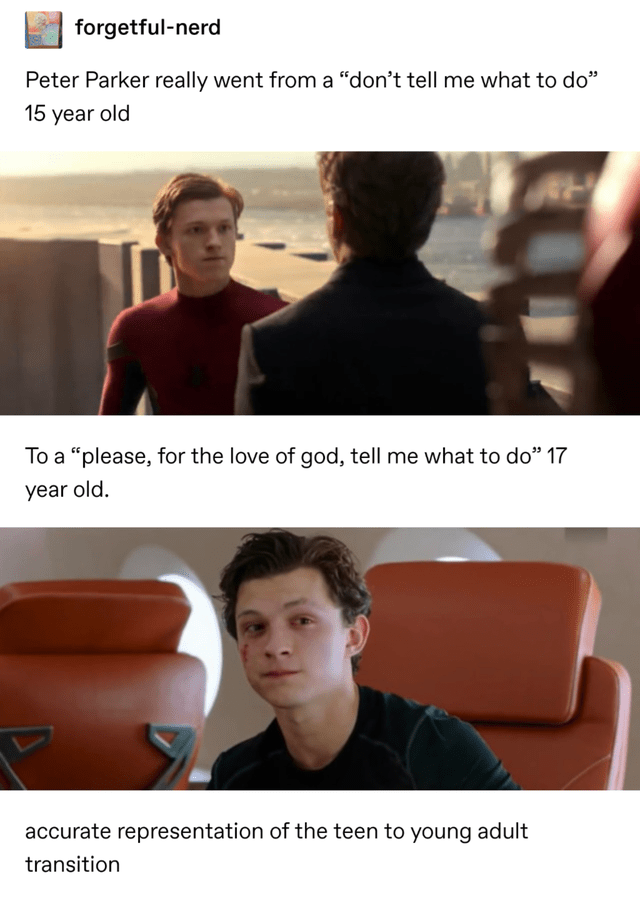 Even a superhero like the Spider-Man can’t be not perplexed by life and its oddities. Even peter parker’s spider sense couldn’t fathom the mysteries of what to do in that vague superhero-esque situation. But we assure you that his transition went perfect when asked about what exactly to do to tony stark. Something a fan would be proud of.