Wolverine is coming back–and this time, he’s returning in an all-new costume. This might be sad for class yellow suit Wolverine fans because the new look brings in… black.

The first official look at the new Return of Wolverine has arrived along with the news that its creator Declan Shalvey has joined the art team for the series. However, for all those fans who were expecting something different, you may want to hold off on your complaints. Just like his new ability to heat his claws, the black-suited Wolverine is here to be part of a larger story.

Wolverine has returned to Marvel Universe after years in just a pair of jeans and an undershirt, which might a nod to Hugh Jackman, who never wear a comic costume while playing Wolverine on the big screen. Here’s how Declan Shalvey has dressed Logan for the series in his new cover for Return Of Wolverine #2: 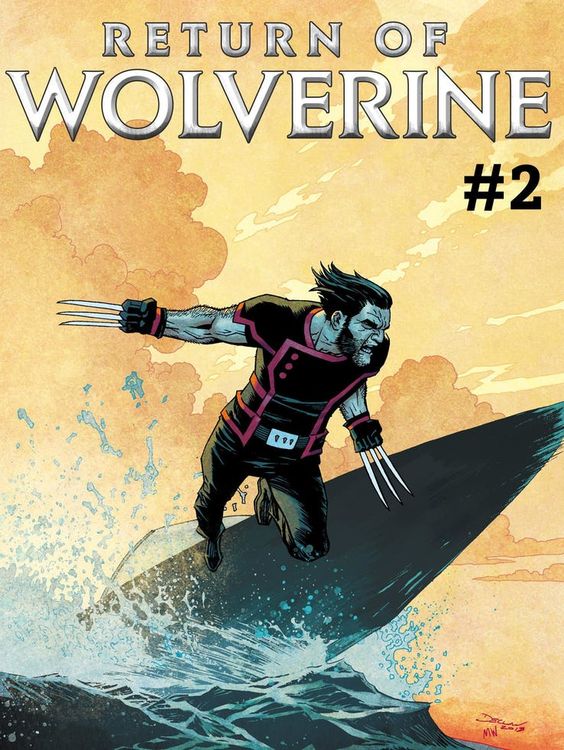 This isn’t the first time that we’re seeing Wolverine in a black and red colour scheme. We have seen Jerome Opena creating Logan in a black outfit for his X-Force adventures. The hint of an actual Wolverine logo on the buckle of his belt might angry fans who are less inclined towards change in the character but Shalvey explained in a recent interview about how the costume can give fans a wrong idea, given the context in which it’s adopted. Here’s what he said:

“The first thing I did when I took on the gig was design a new costume for Logan. It’s not a Wolverine costume, I should say. It’s not designed for Wolverine, it’s basically something he finds. I had all these different versions that were way more Wolverine-y. But again, sometimes the inner adolescent guy wants to do the thing that they know. So you want to just draw the costume that you know, and shoehorn it in. But as somebody who actually does this professionally, you have to serve the story first. It’s a weird balance to find, but I think I got it.”

So it’s clear that this uniform wasn’t designed for Logan but then the question that comes up is: who was it designed for? It won’t really fit another superhero and we guess that learning the answer to this question will be the most interesting aspect of reading Return of Wolverine when it releases. For all those fans who are too intrigued by the new design or the colour scheme, we hope that Wolverine adopts this as his new look.

The new black costume may stay for a larger narrative, as this looks like the most perfect trilogy that started with Death of Wolverine followed by Hunt For Wolverine and finally the “Return of Wolverine.”

The #1 issue of the “Return of Wolverine” series will be available from Marvel Comics on September 19, 2018.