Kevin Feige, the head of Marvel Studios has some good news for the MCU fans. He recently revealed that Scarlet Witch’s story will not end in Doctor Strange 2. 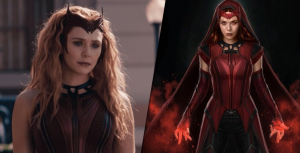 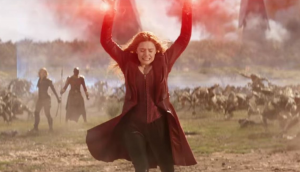 In a conversation with Kevin Feige, he revealed that:

“Scarlett Witch and her story and evolution would be something that is inevitable that the character will continue to live in the MCU.”

Very recently, Kevin also said that Doctor Strange in the Multiverse of Madness will be just the beginning of Scarlet Witch’s MCU journey. He added “that’s the first place where her story will continue, but there will be other places. We all know that, as I said previously, there’s a lot still left with her story with her children and Vision, with the Multiverse with her being the Scarlet Witch, a Nexus Being, there’s no way that she is done for a small part of a bigger film.”

Further, it is also expected that Scarlet Witch will be partly mentored by Doctor Strange himself. She will be a mother figure to her children and that’s how she’ll become one amongst the Avengers. The storyline of her journey will also unfold many unsung parts of her relationship with Vision. Evidently, it is not possible to cover so many things in one single movie. 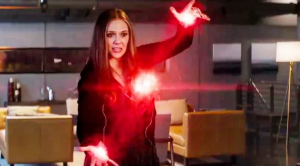 The character first appeared in Avengers: The Age of Ultron and it took very long for Marvel Studios to tell her story. As far as her appearance in WandaVision is concerned, it could be echoed loud that this character is here to stay, evolve, and grow with time and films. It will be very intriguing to discover and experience her MCU journey and a separate film could be the best in all.

With that said, sooner or later, Scarlet Witch is going to have her own solo movie in the Marvel Cinematic Universe. Let’s see when Disney and Marvel Studios announce other details on the same. While multiple projects are currently lined up for getting released, Scarlet Witch’s solo film might take years to show up. But till then, she will keep playing a massive part in other MCU films/series.