The Ultimate Nullifier, the Repulsor Tech Node, and Cerebro are all examples of Marvel Comics’ most powerful technology. The fact that these devices are based on Marvel Comics technology isn’t the only thing that connects them. While these technologies are most known for assisting in the saving of the Marvel Universe, they also have the ability to wipe it out or, at the very least, wipe out significant portions of it. Much of the technical advancements produced in the Marvel Universe, as in real life, may be used as military weaponry. The Repulsor Tech Node generates clean energy, but it may also be used as a powerful explosive device. Cerebro aids in the detection of mutants, but it may also be used to eliminate them. So it’s nearly impossible to discuss the most powerful technologies in the Marvel Universe without also discussing the most powerful weapons in the Marvel Universe. The only distinction between the two is who is handling them. 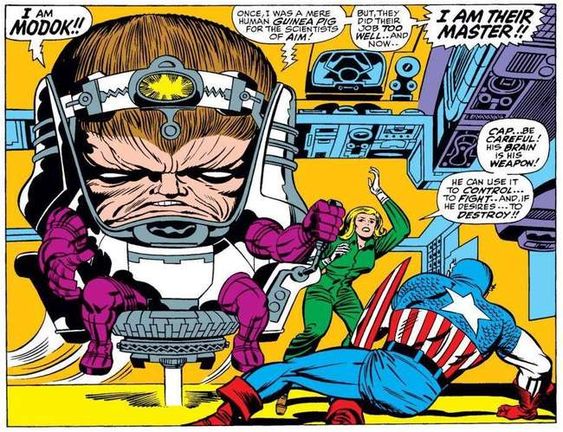 What Is It: MODOK’s personal mode of transportation is the Doomsday Chair.

Who Made It: MODOK was once a techie called George Tarleton, who worked for AIM without truly understanding what AIM did. He was picked as a subject for an AIM experiment one day, and his brain was upgraded to the level of a supercomputer. MODOK’s physical shape was grotesquely altered as a result of this process, and he became a gigantic head with short limbs incapable of carrying him. As a result, the Doomsday Chair was born, a contraption that served as both MODOK’s mode of transportation and a means of enhancing his psychic abilities.

How Could It Break The Universe?: The Doomsday Chair, according to MODOK (in Iron Man Annual #4), “magnifies [my] own mental powers to the Nth degree,” allowing MODOK to read Iron Man’s thoughts. MODOK was also able to become intangible and travel through solid things, produce force-fields, and so on thanks to the chair. There’s no way of knowing what a gadget like the Doomsday Chair would be capable of in the wrong hands in a society full of strong telepaths. Imagine what the chair could do to an already proficient telepath if it turned MODOK into a dangerous psychic opponent. 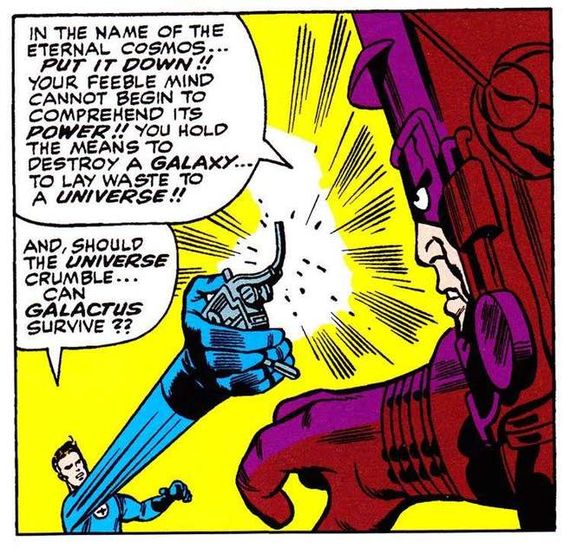 What Is It?: The Ultimate Nullifier is a tiny, unassuming, portable gadget with the ability to destroy whole worlds.

How Could It Break The Universe?: The Ultimate Nullifier was offered to Marvel fans as a way for the Fantastic Four to defeat Galactus. The Watcher was there at the FF’s first encounter with Galactus and cautioned them about the dangers of utilizing the Nullifier. The Watcher warned Marvel’s founding family not to “push the lever to full power, since it might wipe out the entire solar system in one minute!” Galactus had the capacity to swallow a world, but the sight of the Ultimate Nullifier made him reconsider invading Earth. 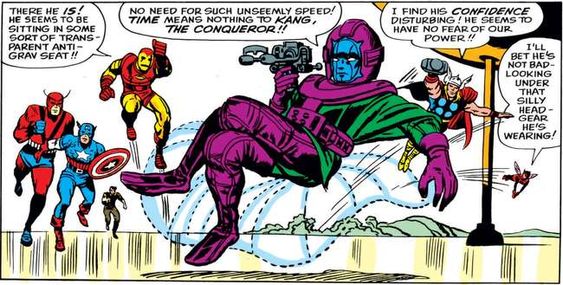 What Is It?: Kang’s armour is a high-tech outfit loaded with futuristic devices.

Who Made It?: Nathaniel Richards, often known as Kang the Conqueror, was born in a different version of the 30th century. He ultimately found a time-travel device, returned to ancient Egypt, met the Fantastic Four, and became obsessed with defeating Earth’s heroes. Richards created a suit of high-tech armour for himself in order to fulfil all of his conquering ambitions.

How Could It Break The Universe?: Kang’s armour, made of elements from the 40th century that respond to his thoughts, grants him a variety of standard abilities (like super-strength and-durability). However, there are three major capabilities that make it universe-altering. The armour is outfitted with an antimatter shield (which can instantaneously destroy any Earthly matter that comes into contact with it), time-travel capabilities, and an anti-gravity laser. To be honest, it’s amazing Kang hasn’t used those talents to terminate the Avengers (and life on Earth in general) yet. 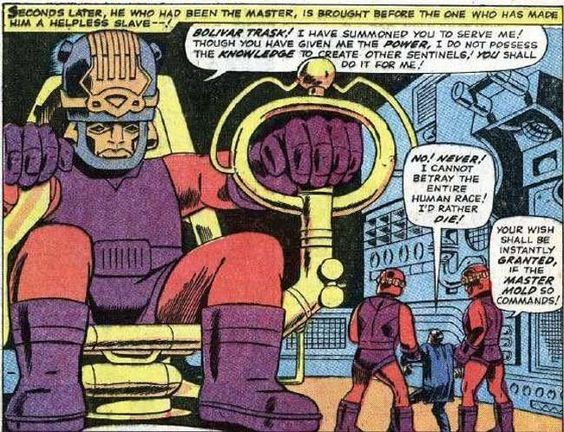 What Is It?: The Master Mold is an artificially intelligent robot that is used to manufacture all Sentinels.

Who Made It?: Bolivar Trask built the Master Mold in order to control and eventually eliminate the mutant population. Trask was a member of a government think tank tasked with eradicating all super-threats. Despite the fact that he was entrusted with protecting the planet from all threats, Trask was particularly afraid of mutants, believing that they might one day supplant humans as the dominant species.

How Could It Break The Universe?: The Master Mold and his army of Sentinels are in the same frightening category as all of the great militaristic AIs. Bolivar Trask built the Master Mold in order to control and eventually eliminate the mutant population. Trask was a member of a government think tank tasked with eradicating all super-threats. Despite the fact that he was entrusted with protecting the planet from all threats, Trask was particularly afraid of mutants, believing that they might one day supplant humans as the dominant species. 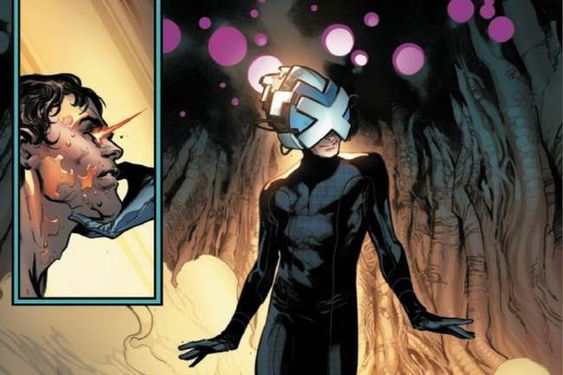 What Is It?: Cerebro improves its users’ telepathic skills, allowing them to detect and identify mutants all across the planet.

Who Made It?: Cerebro was designed by Charles Xavier as the ultimate recruitment tool for his bright children’s school.

How Could It Break The Universe?: Cerebro improves the skills of those who utilise it. When a powerful telepath connects to the gadget, Cerebro substantially amplifies their skills to a level that most people would find unsettling. For example, Xavier previously used the gadget to probe the thoughts of every single individual on Earth, while Emma Frost once attempted to wipe out all humanity via Cerebro. Xavier had Forge improve Cerebro for him in recent years. Now, Xavier wears the gadget all the time, and it not only boosts his abilities, but it also gathers an up-to-date backup of every mutant’s mind on Krakoa. 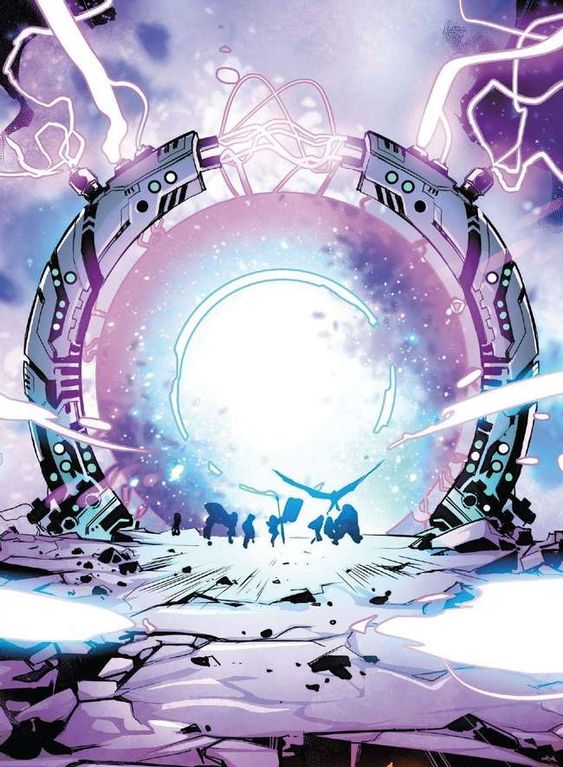 What Is I?: The Forever Gate is a gateway to every location that has ever been in all of space and time.

Who Made It?: Valeria Richards, Reed Richards’ daughter, is one of the most intelligent humans ever to live. Valeria created the Forever Gate while experimenting with various teleporters. Following the revelation that Reed was harboring a spark of the zero-force (a primordial power that existed before existence), the force merged with Valeria’s teleporter to form the Forever Gate.

How Could It Break The Universe: The Forever Gate is a gadget with limitless potential, which also means it has endless destruction. A Forever Gate user can go to any place in space or time, and the immediate consequences should be obvious. Shortly after the Forever Gate was built, its use resulted in the creation of a beacon that allowed people to go through the gate to Manhattan, where it was placed. This permitted the Griever at the End of All Things-essentially the embodiment of entropy determined to witness the end of the universe-to pass through the gate. In all seriousness, the Forever Gate is a lethal weapon.

So yes, these are the Marvel Universe’s 6 Most Powerful Technologies, Ranked by The Destructive Force. Well, what can I say? These are really some of the most powerful technologies created in the Marvel Universe, by the most intellectual minds. So what do you guys think about these technologies? Please give us your valuable thoughts in the comments section below. Till then, keep reading Animated Times, the perfect place to get a closer look at the entertainment industry, upcoming movies, TV series, celebrity gossip, and much more. We’ll have you covered. Keep reading animated times, guys, for more.