Spider-Man has had a decorated run in the Marvel Comic Book Universe. One of the most popular superheroes in the entire planet, some of his arcs managed to stand out from the rest. We have all heard about the Original Hobgoblin Saga and Spider-Man Blue. But we will all agree when we say that Kraven’s Last Hunt is the greatest Spider-Man story ever written. It will easily be counted among the top three if you are a fan of Spider-Man comics. It cemented Kraven as a formidable Spider-Man foe and added multiple layers to his character. But as it turns out, Spider-Man’s greatest comic book arc is actually borrowed from DC. The story was actually meant for Batman. 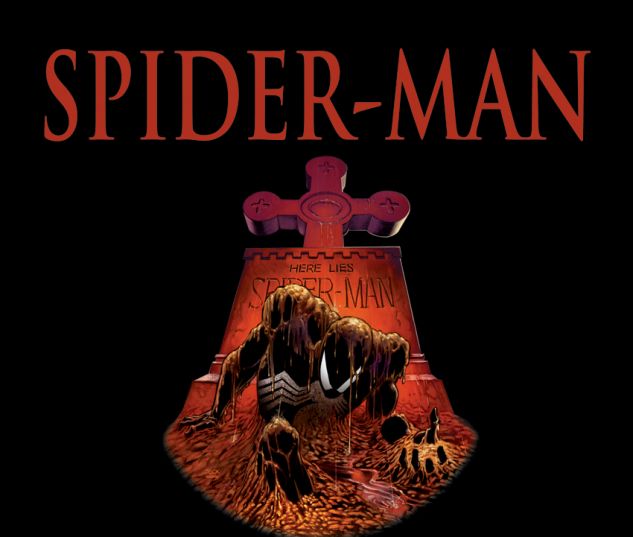 The 1987 arc showed Kraven, who was dying, go for his final mission to take down the one prey that has remained elusive to that date – Spider-Man. In The Last Hunt, Kraven manages to do just that. He shoots Spider-Man dead, steals his costume and then masquerades all over the city as an Evil Spider-Man, framing Parker as a bad guy. Spider-Man is later revealed to have survived the shooting. He was only shot with a tranquilizer dart. Parker literally digs him-self out of his own grave and confronts Kraven at the very end of the arc.

Related: 9 Awesome Spider-Man Cosplays That Will Blow Your Mind

When the arc was released back in that year, readers found it to be extremely gritty and dark for a Spider-Man tale. He is known as the friendly neighborhood superhero. Bloody and dark tales do not bode well with the image of the Wall-Crawler. As it turns out, fans were right. Spider-Man’s darkest tale was actually meant for another superhero that is known to be featured in such gritty stories. The original version of the arc was supposed to feature not the Wall Crawler but the Dark Knight. It was written for the Batman. 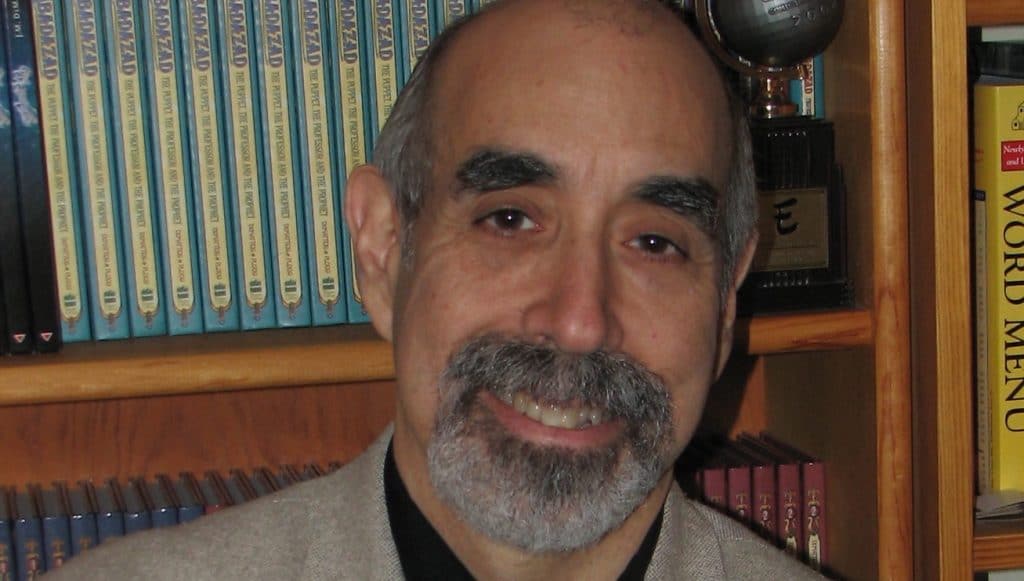 Writer J.M DeMatteis tells the story of how he first came up with the idea of burying a superhero alive and the consequences the super villain arch nemesis has to face due to lack of a rival. Back then, DeMatteis wanted to do the story for Wonder Man, a superhero who has the power of ionic energy manipulation. A highly underrated character, Wonder Man is also one of the first heroes to ever have been brought back from the dead in Marvel Comics. The story involved Wonder Woman’s sinister brother the Grim Reaper, capturing him and burying him alive. Wonder Man would then scratch his way out of the coffin and come back to the land of the living in zombie like fashion. Tom DeFalco, the Editor at Marvel at that time, was not happy with such an explicit idea. So he rejected DeMatteis’ pitch.

After a few months, DeMatteis tried to pitch the idea to DC Comics. The superhero who would be featured in the re-imagined arc would have been Batman. After being hunted down and buried alive by the Joker, the latter would unleash chaos on Gotham City without the Batman to stop him in his tracks. The lack of his rival would later affect the Joker psychologically. He would regain his sanity since the purpose of the Joker would only be fulfilled if there is a Batman around to fight him. During that time, DC Comics was busy making Alan Moore’s The Killing Joke so they let go of DeMatteis’ pitch too. 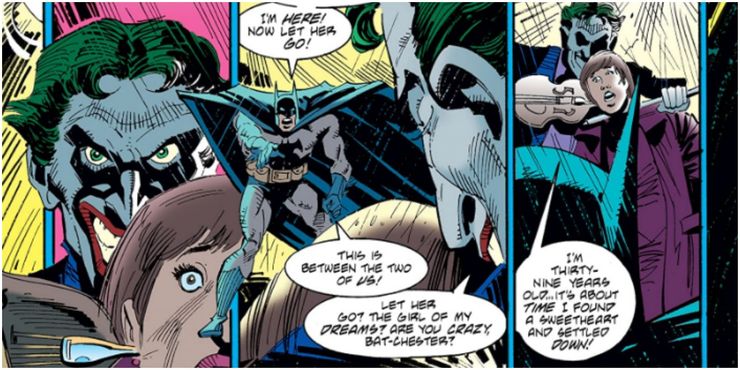 He wanted to do a Joker going sane arc so after a while, he helped create Batman: Going Sane story that had a similar premise. But DeMatteis wanted a more complete adaptation of his story so he pitched the idea again to DC Comics. This time the villain would be Doctor Hugo Strange, who would seemingly kill Batman and lead him to his grave. He would then assume his mantle and desecrate the legacy of the Dark Knight. His idea was again rejected. But by that time, DeMatteis had worked out the final chinks in his story.

You May Also Like: 10 Terrifying Facts About Civil War Marvel Didn’t Tell You

Fortune knocked at DeMatteis’ door when he was asked by Marvel Comics to head the Spectacular Spider-Man series in 1986. He was hesitant at first but realizing this is a tremendous window of opportunity for DeMatteis to tell his ‘Buried Alive’ tale with Spider-Man as the lead hero, he agreed to be a part of the Spectacular Spider-Man team.  The tone and plot was unusually dark to be a Spider-Man tale but J.M DeMatteis was dead set to make this thing a reality. The writer claimed that Parker’s recent marriage would make his attempt at clawing his way out of his own grave all the more symbolic and powerful. 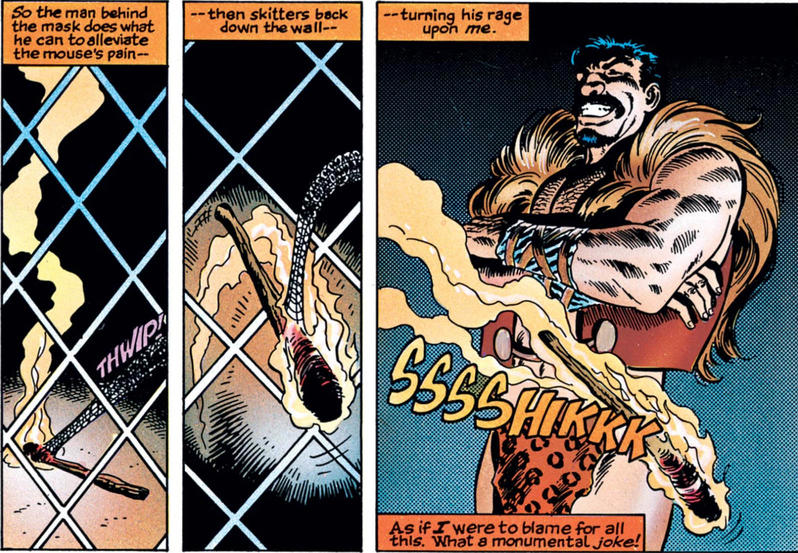 Interesting fact – Before 1987’s The Last Hunt arc, Kraven was a villain not even the people at Marvel took seriously. He was basically a side villain Spider-Man regularly bested. DeMatteis had no plans to joke around with his piece de resistance. One random day he was going through the Marvel Universe Handbook where he discovered Kraven’s Russian roots. This sparked an interest within DeMatteis since he is a huge Dostoyevsky fan.

Dostoyevsky’s works include Crime and Punishment and The Brothers Karamazov. He is best known to explore the duality of the human psyche and existence. DeMatteis show a huge opportunity to take Kraven and redefine him as a villain using Dostoyevsky’s literary works as a template. The new version of Kraven was no joke. He was a darker, more disturbing, and a radical redesign of the original character. Kraven was portrayed as cruel and unpredictable, capable of committing the most heinous acts if he wishes to without even batting an eye. The duality of his character meant that Kraven was so obsessed with Spider-Man that it bordered on downright insanity. He killed him-self the moment he thought that he had achieved what he set out to do – prove to the world that he is the ultimate hunter. 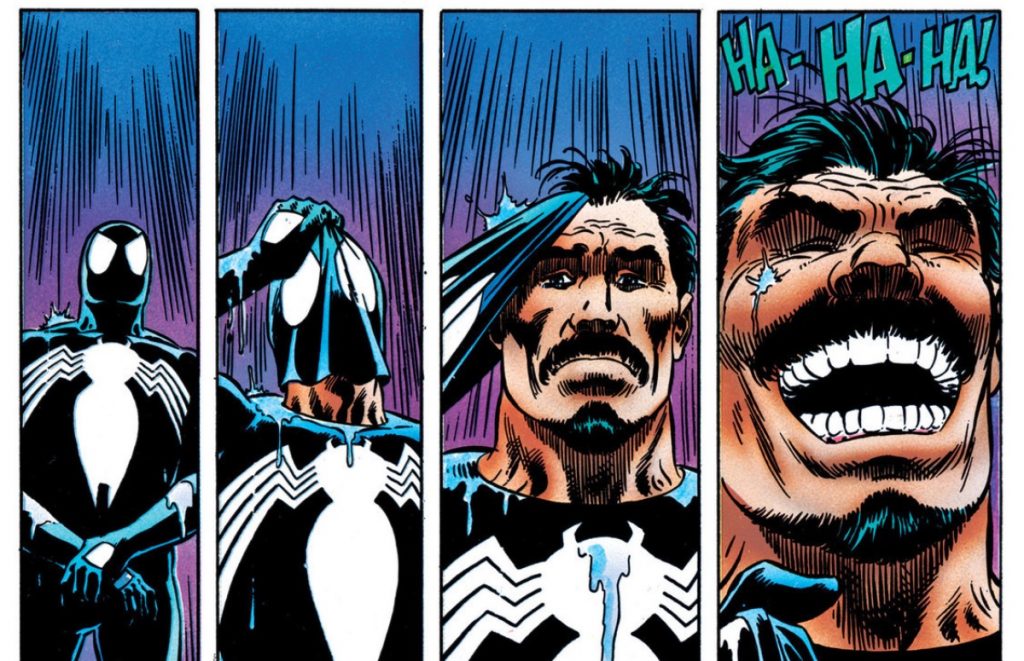 Kraven would later come back to life in another arc published months later (comic books *sigh*). But he did leave behind a lasting impact and a unique aftertaste for Spider-Man fans that read and started adoring the dark Spider-Man storylines. DeMatteis’ brainchild was a cult classic not because it was different but it strove down a path Marvel would generally not dare to go. In other words, Kraven in Karven’s Last Hunt was a Batman nemesis disguised as a Marvel Villain.