Despite Eternals’ 7000-year scope, the movie’s exposition allowed quite a few headscratchers and plot holes to creep in. 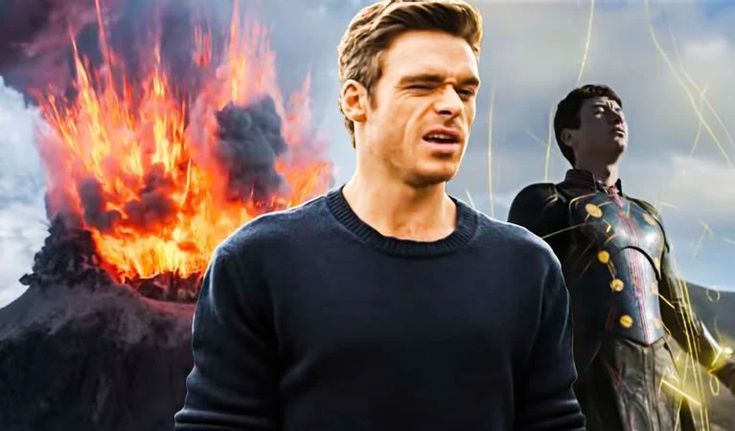 Eternals Is Everywhere – From Location To Narration

Marvel’s latest release, Eternals, trades a prominent narrative for its entire exposition. But at the same time, it introduces some major headscratchers and plot holes in the MCU timeline as well. The film got mixed reviews soon after its release. While the critics are praising its stunning visuals and themes, they are panning the film’s pacing and story. Chloe Zhao’s vision regarding Eternals is certainly grandiose, the price to which is the film’s plot. It is kind of riddled with some significant inconsistencies as it tries to balance the immediacy of the world’s end, but with a long classroom lesson.

With that being said, the film is centered on ten superheroes that are sent by the Celestial, Arishem the Judge, to help Earth get rid of the Deviants. As a result, they are forced to collaborate together again to help the planet and humanity.

The film largely travels from its inability and failure to condense the sprawling storyline. From the birth of civilization to the nightclubs in London, Eternals is literally everywhere, both in terms of location and narration. With that being said, here are some of the biggest headscratchers and plot holes from the film –

Marvel’s Eternals introduced Arishem the Judge, one of the powerful MCU entities. He is the Celestial space god who is the one behind the creation of destruction of the entire universe. The Eternals were created by Arishem and that is why they remain terrified of his powers, including Kingo and Ikaris. Yet Arishem’s authority to stop the Eternals from interfering in Tiamut’s birth looked quite inconsistent and insignificant.

One of the most comprehensive elements that showed up in the film was the Eternals’ accent when they step into the Mesopotamian land from the Domo. There are English, Indian, American, and English voices that could be heard. This seemed quite off because as far as their history is considered, they all are created in Arishem’s World Forge.

Why Kro Was Even There?

One of the biggest conversation points that emerged after Eternals’ trailer release was about the leader of the Deviants, Warlord Kro. He looked like a worthy and menacing adversary for the Eternals, but his role and significance in the plot were found to be exaggerated in hindsight. While the journey of making Kro a central entity and showing how he evolved to absorb Eternals’ energies was quite fascinating, the character didn’t do enough in the final reckoning of the movie. With that being said, Warlord Kro gets knocked off easily by Thena (Angelina Jolie). Before his demise, Kro only managed to absorb two Eternals and that is it. Hence, the fans never got an opportunity to discover Kro’s ultimate powers and abilities.