While Marvel’s upcoming Eternals will show the battle between the titular superheroes and the Deviants, something even bigger could show up as a threat. 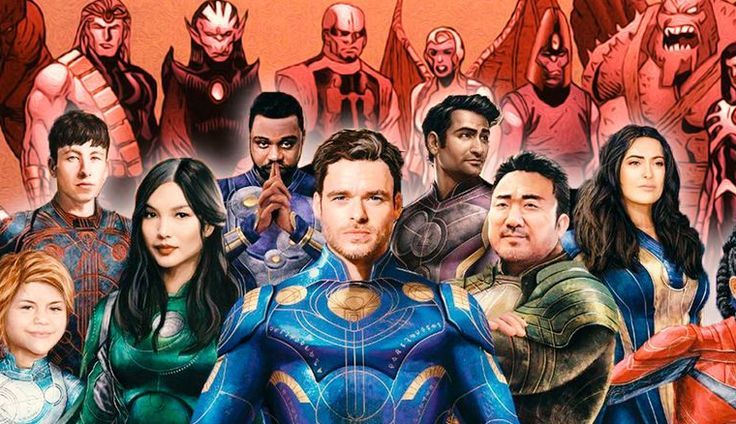 Eternals will finally bring the set of titular superheroes on the screen along with their lifelong enemies, the Deviants. With that said, the film is also ready to introduce some new cosmic threats as well. The final trailer of the film has recently showed up where it showcased “Emergence” as the biggest threat for the team Eternals. It is expected that this will force the titular heroes to come together and battle against it. What’s worse? Eternals will be have only seven days to stop the “Emergence” or it all will be like game over.

While the Deviants are Eternals’ main enemy in the comic world, the “Emergence” could be a much larger threat in the MCU. But, what exactly that threat is? Are they Celestials? Or is it the Fourth Host? Or is it Tiamut, the dreaming Celestial?

Fans who are familiar with the Guardians of the Galaxy films will easily recognize the Celestials and their story behind them. Even Peter Quill’s father was a Celestial who wished to reshape the galaxy. But till date, MCU has only introduced this one Celestial, named Ego. Other cosmic beings do not have the best presence in the Marvel Cinematic Universe. In the comic world, these Celestials are responsible for the creation of Mutants. So it is assumed that the Celestials could be the “Emergence” in Marvel’s Eternals.

The Fourth Host was the Celestials’ final stage of evaluations where they are powered to determine whether a species should live or die. The final trailer of Eternals showed that the revival of the universe’s half population is what triggers the “Emergence”. The Fourth Host might go to Earth as it is the potential source of the cosmic event. As a result, the Eternals have to fight on humanity’s behalf and stop the Fourth Host from destroying human life.

If “Emergence” means something really specific, it could be this one Celestial, in particular, Tiamut. This Celestial is popularly known as the ‘Dreaming Celestial’. It was sealed in Earth after the fellow Celestials betrayed it. Somehow, the Deviants managed to reawaken the Tiamut. As a result, it drew a terrible force, Horde, to the planet.  Tiamut originally wanted to destroy Earth but decided not to do it because of his standards. A similar incident could take place in Eternals and the Tiamut could be that possible “Emergence”.

With that said, the Celestials, Tiamut, and Horde are some of the many examples that could be the “Emergence”. But no matter how strong it would be, Eternals are all ready to battle against it and save the world.

To see what is Marvel’s Eternals are up against; watch Eternals in your nearby theaters on November 5.