An Annihilation Wave was just destroyed by Sunfire from X-Men!
Omega- level mutants have always attracted the spotlight throughout the Marvel universe because they wield incredible power and on the other hand, lesser powerful Alpha- level mutants get comparatively lesser attention.

But these Alpha- level mutants are still extremely strong and capable of holding their own against any threat they have to face. And no one embodies this power more than the newly minted X-men member; Sunfire, who just destroyed one of the most dangerous threats in the Marvel Universe. 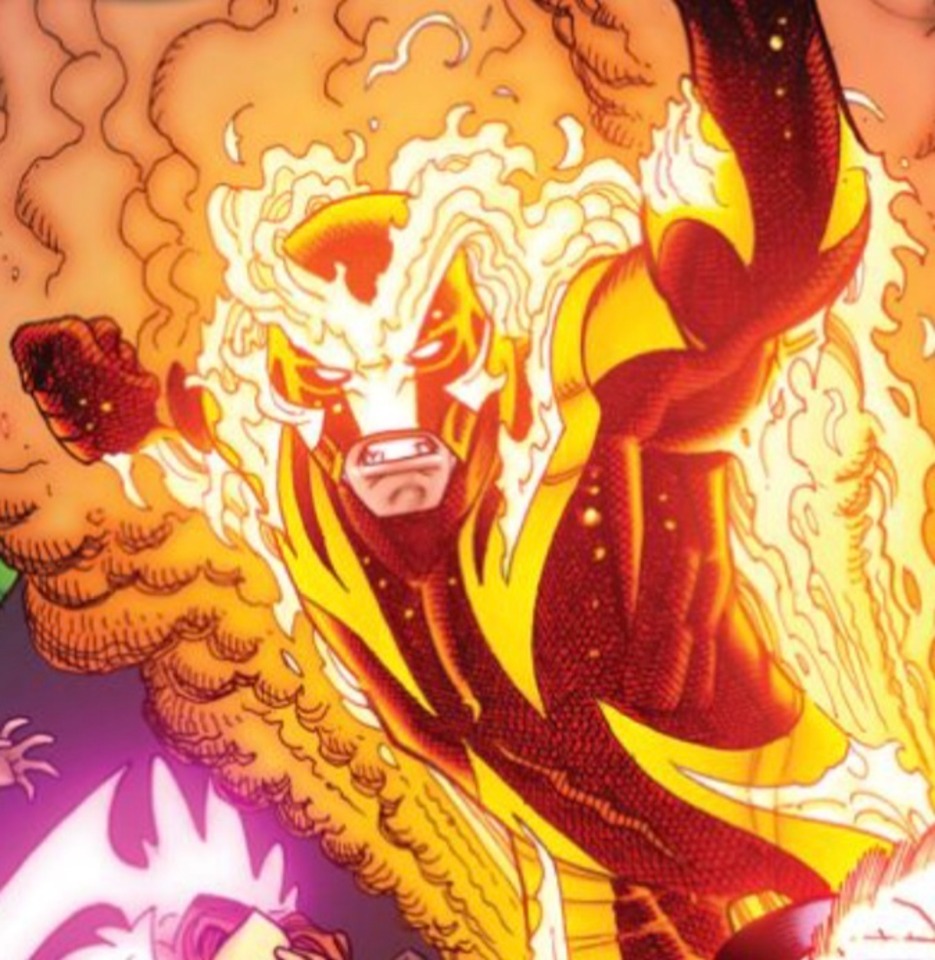 The Annihilation Waves were introduced during the “Annihilation” event in 2006 and was originally controlled by the Fantastic Four villain Annihilus.
He would rally together a group of dangerous monsters from every dimension to wage a war against the strongest cosmic Marvel heroes. The heroes who like to call themselves the United Front, includes Nova, Silver Surfer, Drax and the Human Torch.

These heroes had to use each and ever drop of their powers to keep their enemy at bay and yet despite of doing all this; they almost lost.
But this X-Men just faced an Annihilation Wave and won very easily; thanks to Sunfire’s Alpha- level mutant powers and that shows how strong they can be.

In X-Men #2 by Marte Gracia, Gerry Duggan, Pepe Larraz VC’s Clayton Cowles and Marte Gracia; one of Cordyceps Jones’s  patrons had sent an Annihilation Waves to Earth in their usual hopes of destroying the planet.

The X- Men knew the attack could be a potential “extinction level event” and they took no time swing into action quickly. X- Men were protecting the town which was attacked by the Wave.
Sunfire demonstrated the power of an Alpha- level mutant by killing it with just one single attack.

Yes that is true that Annihilation Waves that the United Front faced were larger than this one but the fact that Sunfire was able to destroy it so quickly that also single handedly!

Sunfire was first introduced in X-Men # 64 by Roy Thomas and Don Heck back in the 1970 and he was one of the first mutants the X-Men ever countered.
He can absorb solar radiation and convert it into a plasma that bursts into flames when exposed to oxygen, an ability he calls his “solar fire.”

The first time he met X- Men wasn’t exactly friendly, but it wasn’t completely adversarial either and since than he has become an occasional ally of X-Men and he even helps the second generation of the team to rescue from Krakoa’s grasp in the Giant Size X- Men # 1written by Len Wein and Dave Cockrum.

And just like most mutants, he was relocated to the island nation of Krakoa after it was declared a mutant haven.

There is no doubt that Rogue is one of the strongest X-Men considering her power of stealing other people’s abilities for herself, which makes her a jack- of- all trades.
Cable on other hand has repeatedly been called one of the strongest mutants based on his powers counting his cybernetic arguments.
Polaris has magnetic abilities that match her father’s powers and Namor is strong enough to go to war with Wakanda and still live to tell the story.

Sunfire was able to destroy the Annihilation Wave with a single attack and that shows how much the Alpha level class are ignored considering they can be just as strong whenever they are needed to!

Even though the Annihilation Wave was smaller comparatively, it could have still wiped out the entire earth! This incident just proves that Alpha- Level Mutants’ powers are not limitless and they use incredible amount of powers!