After playing a supporting role in the Punisher and Black Widow series recently, a solo Winter Soldier series by Kyle Higgins and Rod Reid is finally out. But this series sees Bucky helping people get a second chance, just like him. That is, if the new Winter Soldier doesn’t end him first. 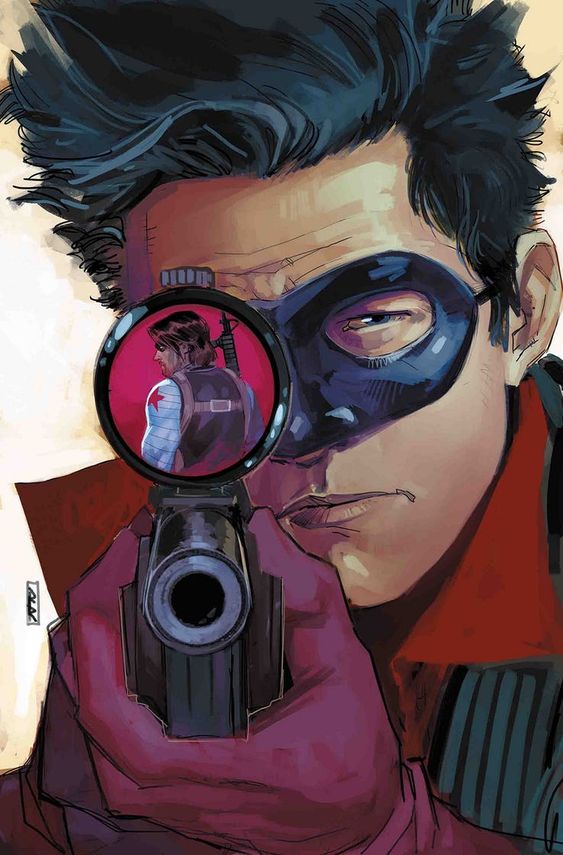 Bucky Barnes may have not survived Thanos’ snap-in Avengers: Infinity War, but if he had lived, the synopsis of the comic series sounds like something MCU’s Bucky would have loved to adopt.

Bucky Barnes believes in second chances. Having escaped death, the loss of identity and a life of murder, the man is known as the Winter Soldier has worked hard to atone for his sins. But now…he’s going to go one step further. What do you do when you’ve found redemption? You help others do the same… He’s becoming a “fixer,” working to help others leave behind lives of crime. It’s Bucky’s way of channelling his own pain in a productive, personal way… by helping others find the redemption that he found. However, as Bucky is going to learn, not all paths are the same…and not everyone can be “saved.”

Marvel also released the cover art for issue #2, putting Bucky in the crosshairs of his younger self. It seems like Hydra is now after Bucky now that he’s decided to be a force of good. But the new Winter Solider is dressed up in the same costume Bucky wore as Cap’s sidekick. This confirms that it could be something personal. Here are the full details for Winter Soldier #2: