Marvel’s Heroes Reborn features characters which are similar to DC’s heroes.
Power Princess is similar to Wonder Woman, while Blur is similar to Flash and Nighthawk to Batman.
At first look, Hyperion seems to be very similar to what Superman is… he can probably pass off as a duplicate.
Hyperion has an impressively strong will and is massively powerful. He like many heroes fights for truth and justice but with the American approach.
However, as the Heroes Reborn is moving forward with the story, we have started seeing that Hyperion has now abandon his path of being Superman and has started to resemble more like Homelander from The Boys.

Hyperion and Homelander both have quite a lot of similarities, they have blonde hair, blue eyes, and they names also start with “H”. They even operate on the basis of American ideals and whenever they are blamed for something, they deny the same and jump on to defend their actions and have no trouble when it comes to killing.

Liberty, honesty, grit are the components that Hyperion claims he is made of and to that extend that he calls himself the “Super- Sentinel of Liberty”.

He always picks up his “American ideals” and thinks of himself as a judge whenever he has to decide something for the villain. 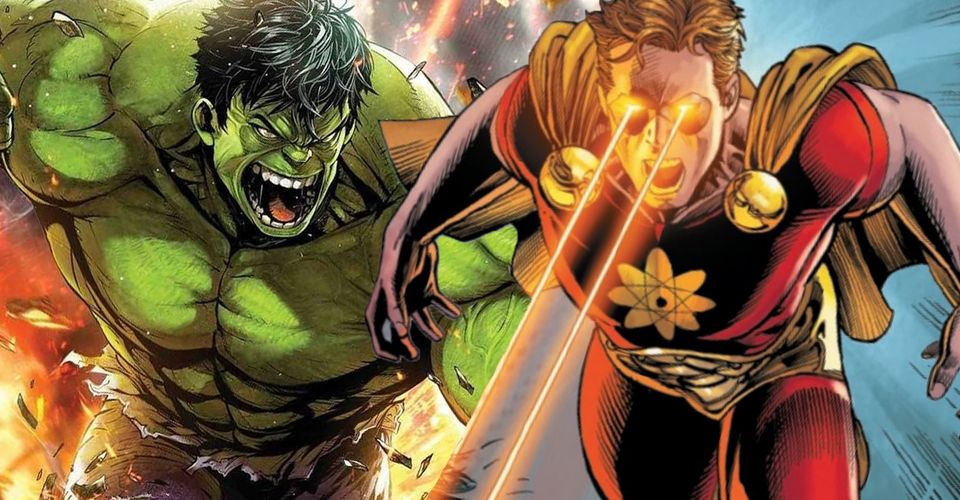 Both of them love denying the reality because that makes them happy. And Hyperion loves his life and the world.
We have seen in comics that he goes to any extent to deny the realities.

Many characters have called out this behavior of Hyperion like Mr. Beyonder and even Hulk but he paid no heed to them. Hyperion even went a step forward and went on to kill Hulk stating that he was a monster just because he wanted to protect his truth,

This maniac behavior is definitely similar to Homelander and we have seen that he can go till any heights too.

And the most striking similarity between Hyperion and Homelander is that they never hesitate to mercilessly kill their enemies.
Hyperion has already murdered Hulk and even killed Peter Parker’s Aunt May,
Just like Homelander in The Boys.

Do we really need such superheroes that have no humanity? We are hoping that Hyperion still ends up choosing Superman’s path instead of Homeander’s.