Marvel’s upcoming Eternals links Ikaris directly to the DC’s Superman. But do they really share any similarities? Here is a sneak peek into Marvel Comics’ Ikaris and his link with the Man of Steel. 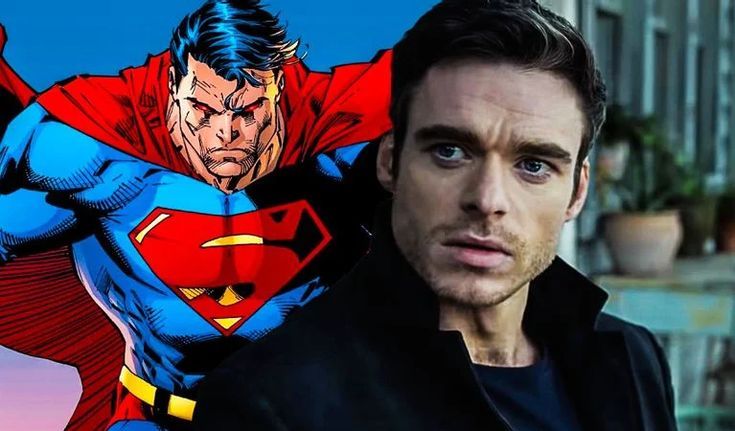 Ikaris Is The Counterpart To The Man Of Steel

Ikaris (Richard Madden) from the MCU’s Eternals is being highly compared with the DC’s Superman. Even the franchise echoed a direct reference in the movie itself. However, the comparison between Superman, aka the Man of Steel, and Ikaris have been quite common ever since the marketing of the upcoming film has begun. The television promos and footage from the trailers are emphasizing more the rumor that Ikaris and Superman share almost similar abilities.

In the comic world, Marvel’s answer to Superman is Hyperion. But it looks like the franchise is now introducing Ikaris as the new counterpart to the Man of Steel. Created and written by Jack Kirby, the character, Ikaris, is primarily the main protagonist in the Eternals comics. It does include both the 1976 and 1977’s series. With that being said, in the Marvel Cinematic Universe, Ikaris is going to play one of the ten titular superheroes. For thousands of years, Sersi, Ikaris, Gilgamesh, Thena, and six other titular characters have been residing on Earth secretly.

A featurette of Eternals highlighted a surprising scene where Ikaris (the kid version) echoed “that’s Superman! With the cape, and you shoot laser beams out of your eyes!” However, his reference indicated the fact that he doesn’t wear a cape. But the nod directly referred to the Man of Steel, knowing that Marvels will never acknowledge the DC superheros directly. But apparently, it is quite clear now that DC Universe’s characters such as Clark Kent do exist in Marvel’s Universe, primarily as comic world heroes.

According to Chloe Zhao, the director of Marvel’s upcoming Eternals, the link between Ikaris and Superman was processed to tie the film’s cultural and mythological themes. Unlike any other MCU film, Eternals is intertwined with mythology, which means many of the ancient stories were inspired by their characters. Zhao highlighted it by echoing “modern reinterpretations of characters that exist in different cultures.” That is perhaps why the director wanted to pay tribute to the iconic characters that have been there for a long and have inspired many.

Eternals’ Ikaris And His Abilities

Team Eternals possess a wide range of Superman powers in the comic world; such as super strength, cosmic blasts, flight, transmutation, and telepathy. However, some Eternals even possess some additional powers. For an instance, Sersi can manipulate matter and Makkari possesses super speed.

Ikaris, on the other hand, is the second strongest Eternal after Gilgamesh. While Ikaris possess cosmic powers such as telepathy and transmutation, Marvel fans will now see its own Big Blue Boy Scout who thrives to keep the Earth safe more significantly.

With that being said, Marvel’s Eternals will hit the theaters on the 5th of November, 2021.