Marvel’s What If…? episode 7 has fleshed out Thor’s mother, Frigga, who has always remained on screen just to further her children’s growth. 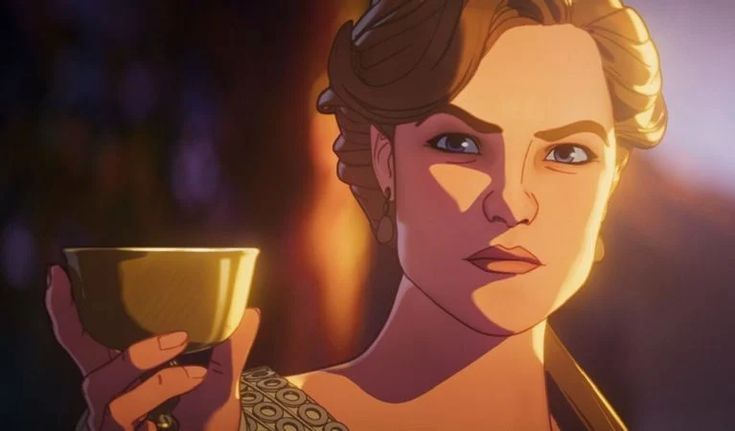 The Marvel Cinematic Universe fixed a long stretched problem with Thor’s family in What If…? episode 7, “What If…Thor Were An Only Child?” In this timeline, Odin handovers Loki to his Frost Giant parents and Thor grows up without his adopted brother’s presence. As a result, Thor grows up much more concerned with parties and holidays than his roles and responsibilities as the future leader and ruler of the Nine Realms.

To party as much as he wants, Thor often had to wait for his parents to be occupied. He finally got an opportunity to party whenever he wants when Odin entered the Odinsleep and Frigga went on a vacation. His mother, Frigga, enjoyed her vacation, testing wine and relaxing with her friends until Jane Foster asked her to visit Earth and stop Thor from partying. Her annoyance at Thor’s disobedience started to fix a prominent issue from the Marvel Cinematic Universe, that is, Frigga’s lack of development.

What If…? episode 7 was the closest that the Marvel Cinematic Universe has ever been to fleshing out Frigga’s role. While the episode failed to execute the plot with any depth, most parents in the MCU solely existed to help their children grow significantly. Still, Frigga is one of those examples that show how a character only lived to redeem her sons. In the past, Frigga expressed her disappointments when Loki and Thor failed to live up to her expectations and praised and rewarded Thor when he did the right things. In Thor: The Dark World, Frigga’s death led her sons to fight and defeat the Dark Elves. While many Thor characters remained one-dimensional throughout the MCU timeline, it was Frigga who wasted the most.

Frigga is not the only parent in the Marvel Cinematic Universe who had this problem. Most parents in the MCU either have died to darken the story or have influenced their children, like what happened with Peter Quill and Tony Stark. In many cases, they were never really present in the first place, like with Carol Danvers and Steve Rogers. Even Spider-Man, AKA Peter Parker is young enough to need his parents but lost all but one figure, Aunt May. She gets to play both supportive and concerned parental figure to Parker and that is what makes her the most fleshed-out MCU parent. With that said, in What If…? episode 7, Thor’s mother, Frigga, finally desires to do something that does not affect or revolves around her sons.

Of course, taking a vacation and testing wine does not count much as character development. The MCU fans are not left acknowledging all about the Queen of Asgard by the end of the episode despite some prominent mythologies such as Frigga sharing her magical powers with Loki. Hopefully, as the Marvel Universe continues to bring new and younger characters to shows like What If…?, parents will also start to become more varied and prominent.