The “heroes” of the Marvel Cinematic Universe aka Tony Starks, Natasha Romanoff, Steve Rogers, Peter Parker, Bruce, Doctor Strange usually get all the headlines but it’s actually the minor MCU characters that make the franchise work!
These roles are more difficult ones as they have to make a huge impact on the story within a very small time on the MCU screen and yet these characters have managed to pull it off each and every times.
Sometimes, these characters have Marvel Comic stories to back them up. And many times they are just the sidekicks who are given some screen time to win the hearts of audiences.

Here are some side characters who hardly had screen time but left a huge impact! 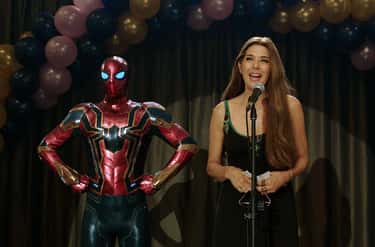 Aunt May has always been there for Peter whenever he has needed her; be it after getting beaten up by Captain America in Germany or getting fired from the Stark Internship and even when he landed his “dream date”.
And to be honest, May Parker did something no cinematic Aunt May has done before, she figured out her nephew’s secret identity and rather than ground him or shout at him, May did what she always does, she understood and fully supported Peter. Now they are not just a family but even a team which we all are rooting for as audiences and fans. 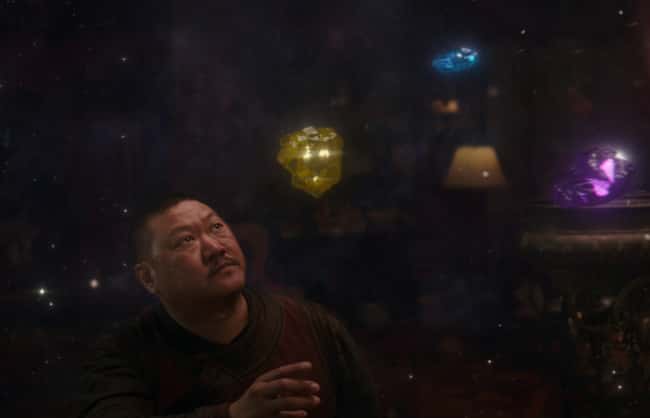 Wong was the librarian of Kamar-Taj and because of Ancient One’s coy nature, all duties fell on him in the Doctor Strange.
And with the help of interactions with Stephen Strange he learns the finer details of sorcery and he even provides for Stephen’s rebellious antics.
Wang is a lot more than just an informative person and comedic scene-partner.
He defends the Hong Kong Sanctum against Kaecilius and his acolytes and faces down the arrival of the Black Order on Earth and even manages to maim the Cull Obsidian.
And most importantly Wong is the one who organizes and teleports the fighters to the field for Endgame’s final clash!
And as if all this wasn’t enough, he is already cage- fighting against the Abomination as seen in Shang-Chi trailer. 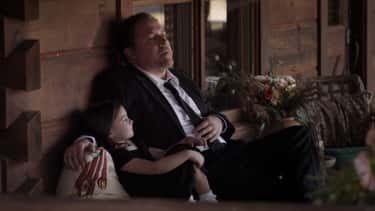 Harold Happy Hogan holds the distinction as he was the only character that appeared in the first film of the MCU’s Phase One; Iron Man and even in the final film of Phase Three; Spider-Man: Far From Home.
That just proves a lot of his staying power but what is more important is that Happy has done a lot in between which truly matters a lot.
Happy has always been Tony Stark’s best friend and even provided him much-needed emotional support and sober thoughts.
Happy is much more than an Iron Man sidekick; he has also fought goons with the black Widow and faced Whiplash and even almost sacrificed his life.
And right now he’s very happy with his role as a mentor and father figure to Peter Parker who is considered one of the best and the brightest in the MCU’s latest generation. 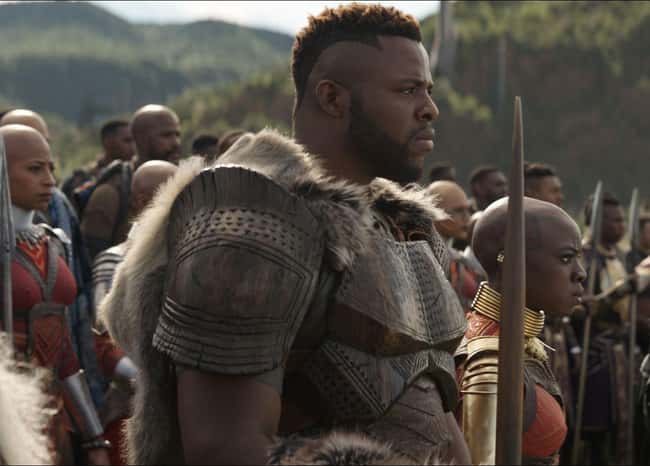 Lord M’Baku had a pretty dominant on-screen presence and considering that he just had 7 minutes of screen-time in the MCU.
M’Baku challenged T’Challa for the right to rule Wakanda which was not only a big epic brawl but also a device through which the socio-political structure of the nation is laid out.
And he is not just a villain; he rescues T’Challa from a watery demise and even preserves his body in the Jabari Land.
And he even returns to fight alongside the Black Panther against Killmonger and even in the Infinity War and Endgame. 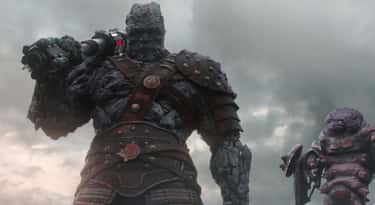 Korg is more than just a pile of rocks with many jokes. His time in the movie got interrupted by a battle scene and he has even become a fan-favorite.
Korg explains the Sakaarian culture and history to Thor in a hilarious way and even provides him emotional support.
He even shows up in Asgard along with Loki to ferry the people to safety.
After the events of Infinity War, Korg settles down with Thor and Miek in New Asgard.
He offers a great comic relief and character support – all in 5 minutes (almost) 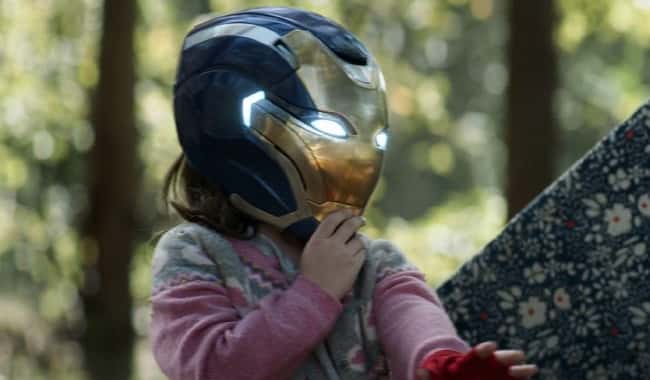 Iron Man went from someone who won’t make any sacrifices to someone who made the biggest sacrifice of his life. The impact which changed him in doing this was of course of the arrival of his daughter, Morgan Stark.
She appears for just 3 minutes ish and all of it is dedicated to her bonding time with her father and of course a sad bonding with Happy Hogan too.
And of course her iconic dialogue to Tony Stark “I love you 3000.” 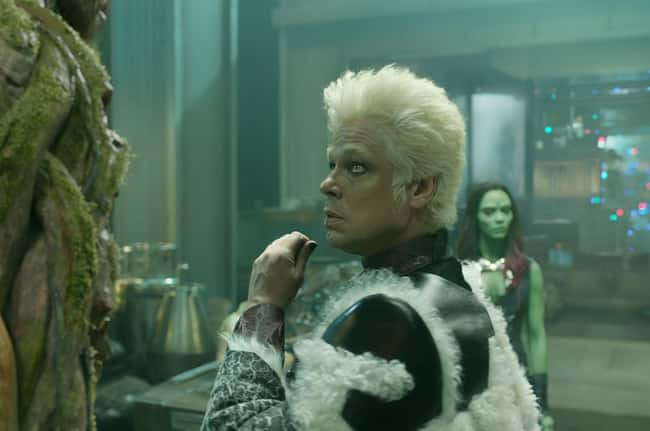 The Collector just appeared on the screen for almost 5 minutes and did his bit. He was the one who explained the audiences and of course the Guardians about what the infinity Stones were and all the things they could do and that included the concept of collecting them.
he also introduced us to Howard the Duck.
Taneleer Tivan also attempted to defy Thanos and keep the Reality Stone from him but he ended up disappearing as well.
His menagerie of alien proved that Marvel is getting serious with the MCU and it’s about to get strange and creepy! 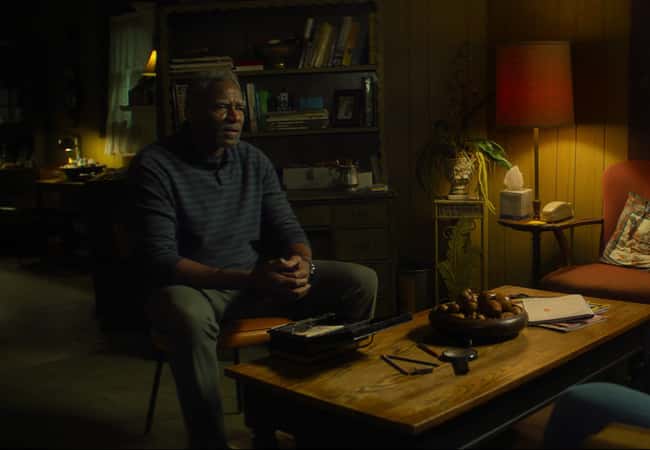 There have been many figures who have contributed to the legacy of Captain America over decades but none of them have changed the way how people look at the entire appearance of Captain America more than Isaiah Bradley.
The characters who appear in the Marvels’ Disney+ series usually do get more screen time compared to the ones in the movies; however Isaiah just got hardly 9 minutes.
Isaiah’s tale was very powerful the way it was portrayed. The way Isaiah patiently and painfully retold his tale in his own words, certainly got tears to our eyes and thanks to Sam’s museum initiative, Isaiah will have an impact on generations to come. 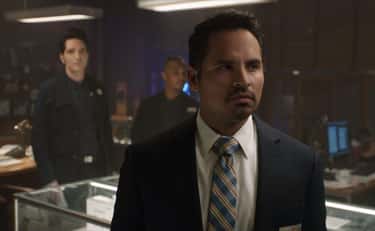 Luis has appeared as a supporting character through two Ant-Man movies and has received more screen-time comparatively but we still do not know his entire name yet.
When Luis is on-screen, he is always doing one of two things; either talking a lot to give us a recap of something using a very apt example of a dialogue ever committed to a film or he is fighting with his crew or fighting the bad guys!
But he is a fan favorite from the Ant-Man series for sure. 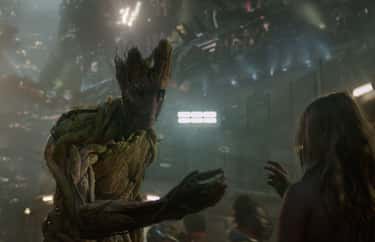 Baby Groot has been all over the MCU in the recent years and will be featuring for more time but he wasn’t the first Groot we met.
The OG Groot was only seen in the Guardians of the Galaxy and was a hero who was completely done and still made us cry and plucked heartstrings more than many MCU characters in his 15 minutes of screen time.
He has a good nature and great heart which played a big role for assembling the Guardians who would have not been able to escape the Kyln.
He was the one who held the group together when Drax nearly split up the team.
His words “ We are Groot” came in when he sacrificed himself to protect his teammates.
Though he was dead, he left a piece of himself behind and inform of the twig which became the very adorable Baby Groot.