Captain America aka Steve Rogers is probably everyone’s liked, if not favorite character.
But, he has his own favorite which is the Winter Soldier aka Bucky Barnes.
And out of all the relations in the Marvel Cinematic Universe, Bucky Barnes and Steve Rogers probably have one of the best bonds.
Marvel fans were lucky enough to get more of Sebastian Stan in The Falcon and the Winter Soldier but it is important that we remember all the things that he has been through with his best friend.

And these days fans are pointing out at all the interesting details and symbolism from the the First Avenger , like how Steve Rogers essentially became Captain America to save Buck Barnes.

Here are some of the more details that did not escape the fans eyes about the best super soldiers in the Marvel Cinematic Universe.

1. Why Was Bucky’s Face Uncovered? 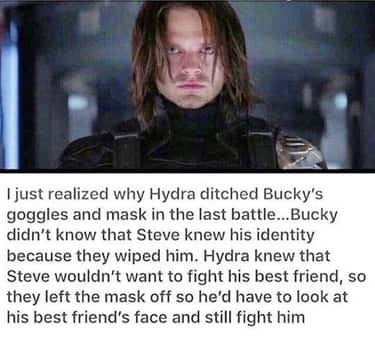 This makes perfect sense. Steve of course would try to avoid his fighting his best friend and even if he does, he will be cautious about the blows.

2. They Sort Of Wear Opposite Marks… 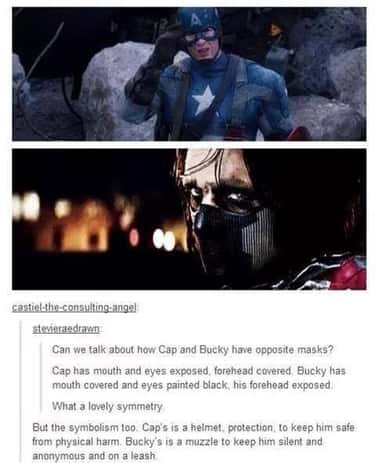 This explanation by the reddit user has blown away our minds. It now explains why does Captain America wear a full helmet. 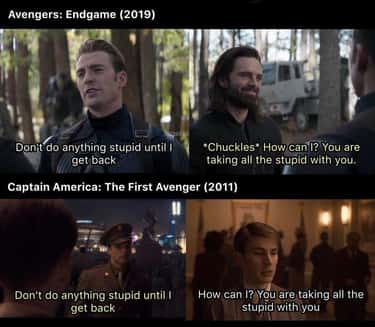 Some things never change between friends, no matter what. 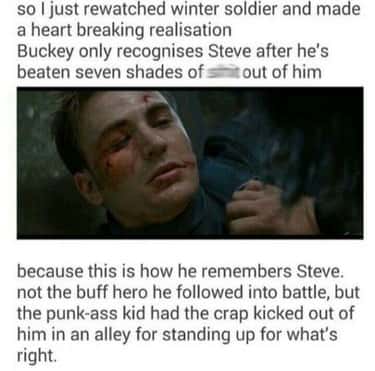 Of course Bucky Barnes must have never thought that Steve Rogers would have beefed up so much.

5. They Gave Up Their Markings! 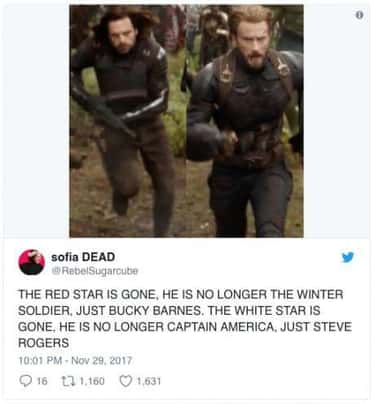 A lot changed after the Civil War and Steve Rogers bucking up Bucky was questionable considering his past doings!

6. They Are More Than Friends, They Are Family! 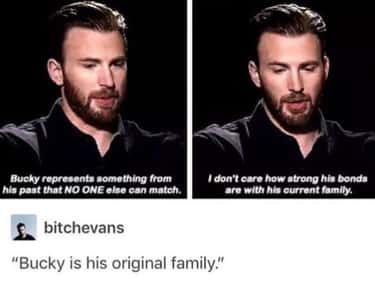 After losing everything and everyone, when Steve realizes Bucky is alive, his joy knows no bounds because he still has someone left. 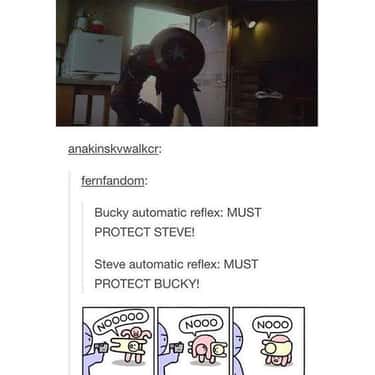 They can literally are ready to die for one another.

8. How Steve Rogers Changed His Opinions! 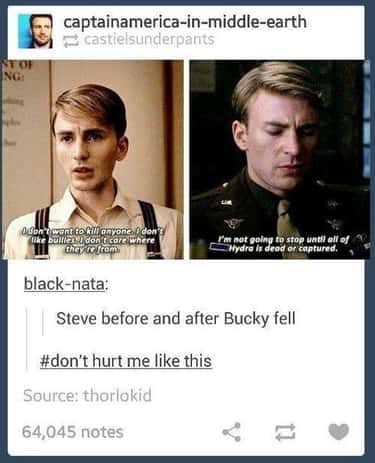 Pains does make people change and it even includes our Captain America. Look what they did to our dear boy.

9. Won’t Let Anything Happen To Bucky! 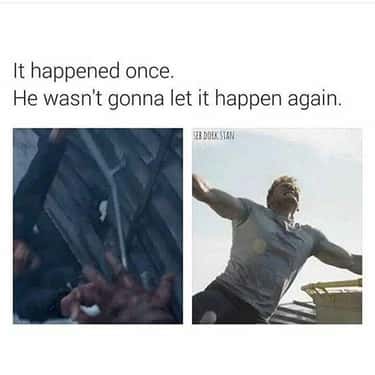 Steve Rogers can do anything to save his dear Bucky. 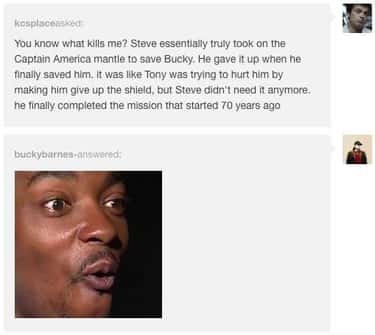 I am mad at myself for not being able to figure it out by myself. 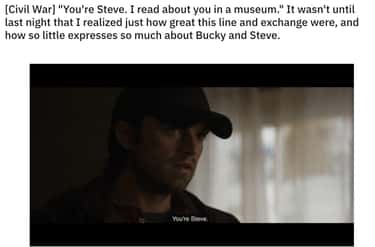 It might just seem two words, but they were strong of emotions and meant a lot to Steve coming from Bucky. 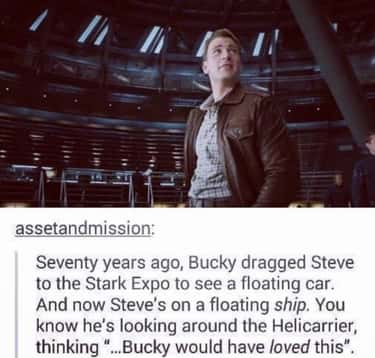 Most likely Bucky would have loved it, definitely! 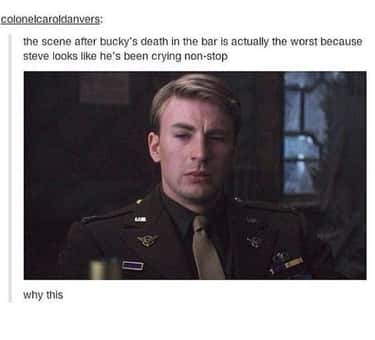 This one shot, was filled with so many emotions and quite possibly was one of the bests from Chris Evans. 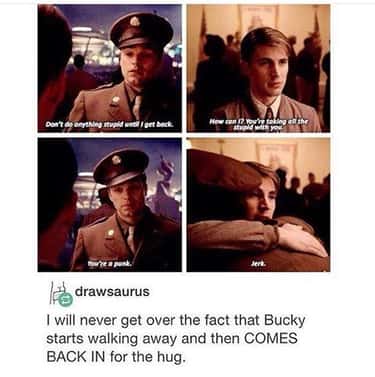 That hug back then, meant a lot to a “weaker” Steve. 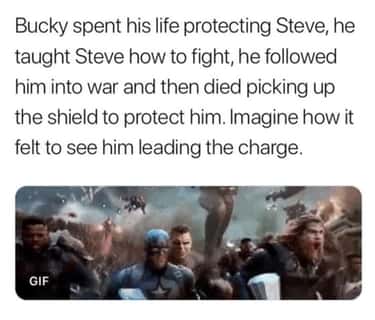 Bucky was a mentor to Steve, he taught Steve a lot of things and he always wanted him to do well. Steve Rogers as Captain America was sort of the “face” / leader of the Avengers and  took leads in wars the Avengers faced as a team. That would have been a definitely proud  moment for Bucky Barnes.