The Marvel Cinematic Universe has already introduced us to a lot of very strong individuals. Whether they are heroes or villains, some of them are a little over-powered. With Thanos with his Infinity Gauntlet in Avengers: Infinity War being easily the list topper.

However, Black Panther proved to us that the best villains don’t have to be super-strong. With that said, the MCU simply cannot accommodate some of the villains from the complete Marvel Universe. While some would be too silly and outlandish, some are simply way too over-powered for our heroes of the MCU. This list focuses on the 6 we thought were way too strong for the MCU. Give us your suggestions in the comments. 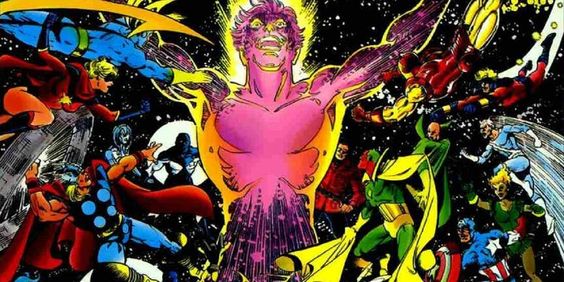 Introduced in The Defenders, Korvac was supposed to be a one-time villain from the future. He, however, returned as an enemy to the Avengers in the appropriately named Korvac Saga. He was stronger than anyone the Avengers had to face before. He is a very interesting character, actually.

Korvac’s powers include time, space, energy and matter manipulation, astral projections of himself. His cosmic abilities can achieve any ability he wants and he uses it to achieve Utopia. He killed all the Avengers, ended up regretting it and brought them back to life. Since he was so strong and no one could defeat him, he decided to take his own life. 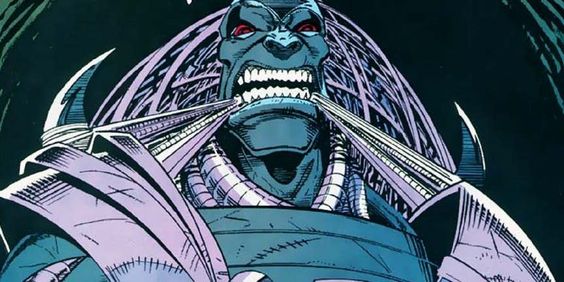 Tyrant is a being created as a living machine by Galactus, one of the most powerful beings in the Marvel Universe. While Galactus devours for his own survival, Tyrant just wants to destroy stuff. He has a penchant for well, tyranny.

In the battles between Galactus and Tyrant, where Galactus tried to put an end to the tyranny of Tyrant, they ended up destroying entire galaxies. After the battle, Tyrant did lose some of his strength but, he still has a lot of cosmic energy at his command. He is also immortal, and requires a foil, like Galactus to keep him in check. 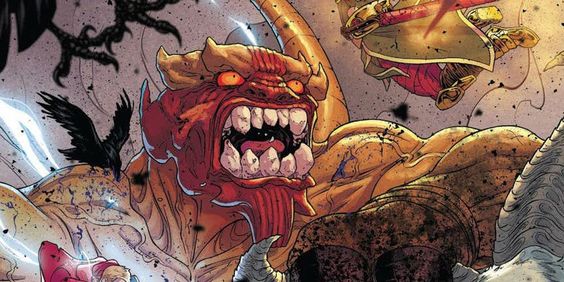 A villain from Thor comics, Mangog is an indestructible beast that draws his strength from hate. That he cannot be defeated or killed but only captured and imprisoned is proven. As was confirmed in Thor #157, Mangog has the power of a “billion, billion beings.” He can also manipulate magic. 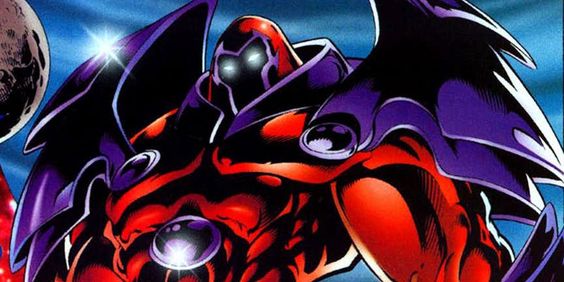 With Disney’s purchase of Fox, fans can rejoice that the X-Men can now be a part of the MCU. One X-Men villain that is definitely way too strong for the MCU is Onslaught.

Professor X, in a bid to shut down MAgneto’s mind, enters it, but he ends up combining with him instead, This was the birth of Onslaught, an indestructible and unstoppable villain. He was so strong that no one could beat him. It took the sacrifice of both the Fantastic Four and the Avengers to stop him.

5)Champion Of The Universe 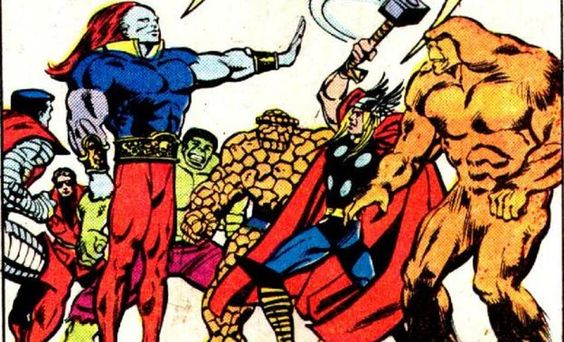 While technically not strictly a villain, Champion of the Universe is one of the lesser known OP characters. He is an arrogant and impetuous character, and our heroes could not beat him with strength alone. They tricked him.

As one of the Elders of the universe, his power comes from energy left over from the Big Bang. He is, in fact, the most powerful of the Elders. 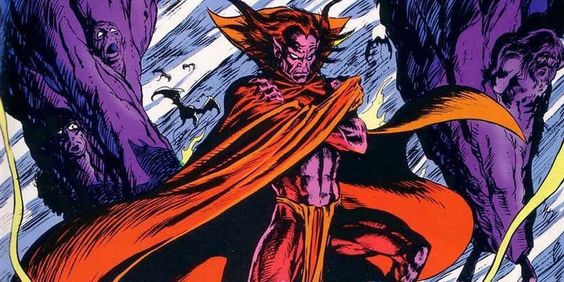 Of course, Mephisto has appeared in Nic Cage’s Ghost Rider movies, and they are Marvel(Not MCU.) Mephisto, though, has never been the primary villain in the movies. He is just a bad guy who forces Johnny Blaze to do his bidding.

In Spirit of Vengeance(the less we say, the better), Mephisto is closer to being a villain. But, if the source material is taken into account even 10%, Mephisto is too OP to be a villain in the MCU. More than his strength, he is stronger than anyone in the entire movie world. He is immortal and has magical prowess that would make Doctor Strange look like a common illusionist.