At its core, the Marvel Cinematic Universe is an adaptation. Yes, an adaptation that has evolved to take on its own life, but an adaptation nevertheless-and that Marvel Books source material naturally features people, locations, events, and even superpowers that are exclusive to the comics. That implies that even characters as well-known as the Avengers have hidden talents and skills that no one would know about until they cracked open a comic book. Whereas the MCU is stuck explaining away superpowers as pseudo-scientific, the Marvel Comics reality has no such reservations, opening the door to a plethora of wonderful unique talents. Superpowers in comic books might be mechanical, mystical, medical, or just mysterious-and they are never precisely what you see in movies.

1. The Hulk Is Straight-Up Immortal: 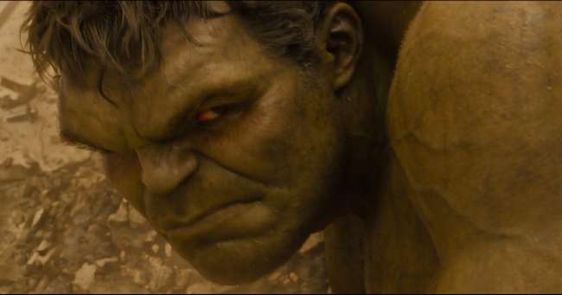 No matter which Hulk is being discussed, they are difficult to defeat and much more difficult to slay. The MCU’s Bruce Banner recounted ingesting a bullet and having “the other man” spit it out, and it’s just one of hundreds of items that should have killed “the toughest one there is,” but didn’t due to his gamma- However, the Marvel Comics jade giant pushes invulnerability to the next level, especially now that he is known as the Immortal Hulk. That is not a metaphor, either; the Hulk is truly impervious to the idea of death. The Hulk, like all gamma-mutates, is inexorably tied to the Below-Place-a source of all gamma radiation-and returns there upon his mortality, only to eventually return through its enigmatic “Green Door.” Since then, the Hulk has been melted, beheaded, destroyed, and even cut up and stored in numerous jars, only to have his massive body entirely regenerate, as good as new. 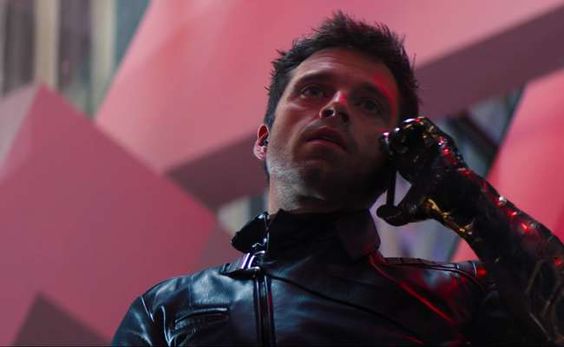 Bucky Barnes of the current MCU has a counterfeit version of Super-Soldier Serum running through his veins, as well as a Wakandan prosthetic limb composed of vibranium that is powerful enough to break apart an armoured vehicle while still being energy-absorbent Barnes’ comic book has been improved by something known as the Infinity Formula, which acts in a similar manner to the Super-Soldier Serum. Bucky still has the bionic appendage given to him by the Soviets on his arm. It’s not vibranium, but it’s packed with enough extras to make it a gamer’s dream. The arm instinctively measures distance, angle, and velocity to guarantee flawless precision in everything thrown or launched from it. It also automatically reloads whatever weapon Bucky is holding without Bucky having to think about it.

3. Captain America Got Super-Learning Powers From The Super-Soldier Serum: 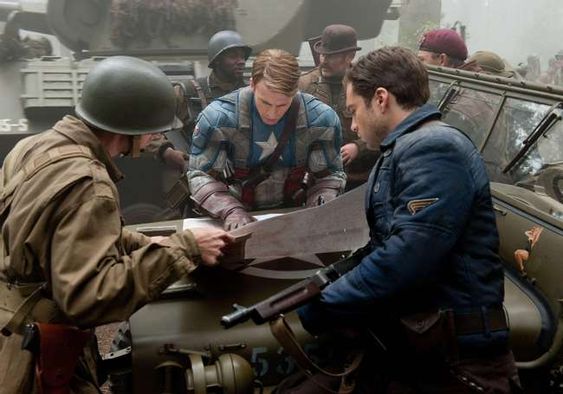 The Super-Soldier Serum turned Steve Rogers from a scrawny teenager into Captain America. The MCU version of the formula, when combined with Howard Stark’s vita-rays, bestowed Rogers with super-strength, super-speed, and improved durability-but it still left him a little shorthanded compared to the Marvel Comics Cap. In the comics, the serum also bestowed upon Rogers a slew of super-learning abilities. He can absorb and digest knowledge at a far faster pace than a normal person, and he can remember it for the rest of his life thanks to his eidetic and photographic memory. These skills enable Cap to learn new weapons in seconds, adapt hundreds of military techniques to any circumstance, and sift through hundreds of pages of official Avengers paperwork in minutes. Despite being a super-fast reader, Rogers prefers to use his increased intelligence in the visual arts, where he has a natural talent for drawing. For a time, he even worked as an illustrator on his own comic book.

4. Spider-Man’s Radioactive Blood Renders Him Immune To All Poisons, Diseases, And Infections: 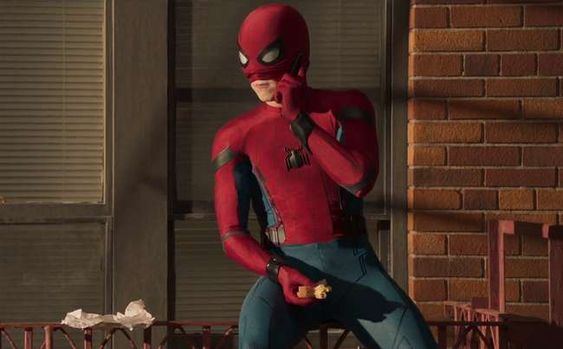 Peter Parker’s ability to “do whatever a spider can” is as well-known as superpowers get, especially since it was previously conveyed in the form of a theme tune. He has the proportionate strength, speed, and agility of a spider, as well as the ability to cling to walls, hang from homemade webs, and detect danger via his spider-sense/Peter-tingle, whether in the MCU or beyond. The MCU, on the other hand, has yet to tackle the whole “he’s got radioactive blood” element of Spider-powers. Man’s In the comics, Spidey’s radioactive blood-the consequence of a bite from a radioactive spider, of course-provides him with long-term immunity to almost all poisons, illnesses, and infections. Of course, he may still be poisoned, but the toxin always makes its way out of his system quickly, before any long-term harm can occur. Parker’s immunity even extends to vampirism, which means he can survive a bite from Dracula’s armies without becoming a part of their undead race-useful on the vampire-infested pages of Marvel Comics.

5. Captain Marvel Has A Healing Factor That Would Put Wolverine’s To Shame: 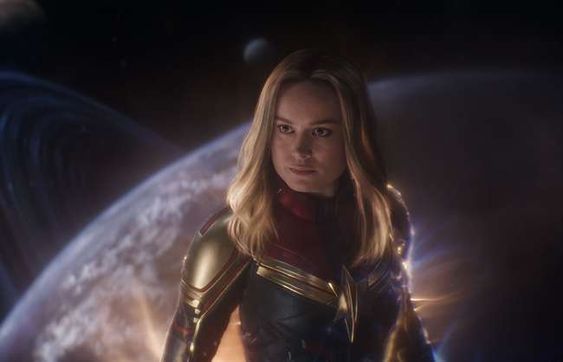 Captain Marvel comes close to becoming the most powerful hero in the Marvel Cinematic Universe. Carol Danvers has already destroyed Thanos’ fleet, fought the Mad Titan one-on-one, and taken a punch from the Power Stone with no obvious harm. In fact, the MCU Captain Marvel is so tough that there’s no telling if she has one of her extra talents from the comics: a healing factor that rivals Wolverine’s. Danvers’ powers, like those of many other superheroes, have evolved over time in the comics, as she has progressed from Ms. Marvel to Binary to Warbird to Captain Marvel. She picked up the ability to virtually immediately heal from any terrible wounds, diseases, or injuries somewhere along the road-it’s just that she’s only seldom injured enough to require them.

6. The Scarlet Witch Is Also A Time Lord: 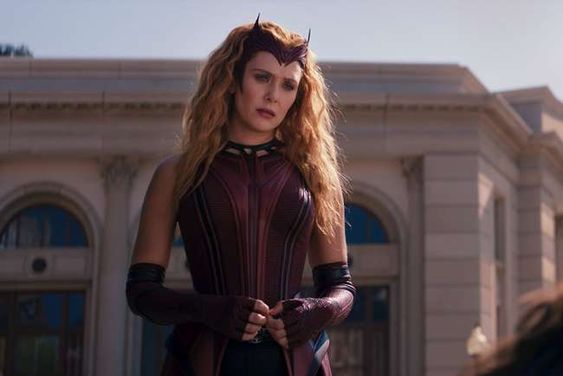 Wanda Maximoff has no lack of authority; in fact, she may have a little too much on her hands. Whether in Marvel Comics or the MCU, the Scarlet Witch’s super-abilities have evolved through time, beginning with basic hex-bolts and mind-witchery and progressing to sophisticated Chaos Magic and blatant reality-altering-to the point where she can actually Scarlet Witch, as is usually often the case in comic books, takes that super-skill set and runs with it. On a whim, she can change the reality of not just a little New Jersey town, but the entire world itself. She has control over not just reality, but also time. The Scarlet Witch’s time-bending powers are rarely seen, but they are no less amazing or powerful than her reality-bending talents. She has the ability to slow, halt, or reverse time at will. She can even travel through time, grabbing people from the past or future as she sees fit-something fans think she couldn’t do in the MCU just yet, or else she’d have gone back in time to catch Quicksilver and the Vision before their unfortunate deaths.

7. Black Panther Is Also The King Of The Dead, Capable Of Commanding Legions Of Zombies: 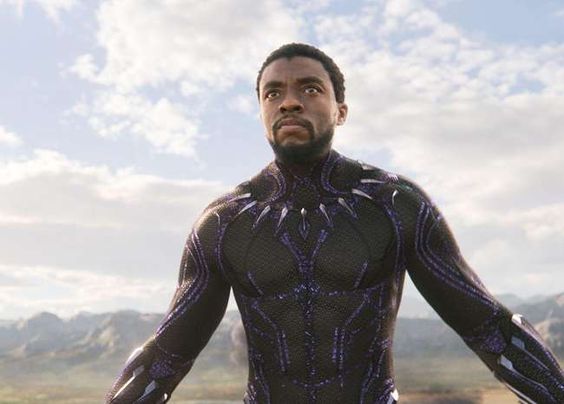 T’Challa is the legitimate king of Wakanda and the Black Panther in any form, which allows him access to the heart-shaped plant and all the amazing qualities that come with it: increased strength, speed, agility, and durability. His vibranium-laced panther suit only adds to his brilliance, letting him to absorb and spread kinetic energy in a burst of purple power. But the Marvel Comics universe’s T’Challa has another significant regal title, and it comes with its own set of amazing talents. In the comic book Black Panther, he is also the King of the Dead, ruler of Necropolis, which grants him the power to communicate with – and occasionally command – the dead. Typically, the Black Panther will utilize this power to merely confer with his ancestors, which he has done repeatedly in the MCU via travels to the ancestral world. In the comics, though, he can execute brief resurrections, create ectoplasmic weaponry, and command an army of zombies on several occasions-always in defence of his nation. 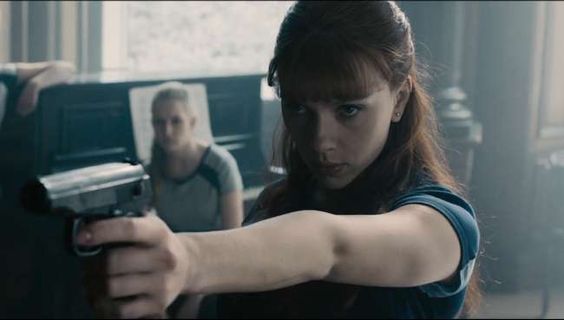 The Marvel Cinematic Universe’s Natasha Romanoff is amazing since she clearly does not require any superpowers to be the Black Widow, a founding Avenger. Instead, no matter the threat, Romanoff uses her vast training, astute tactical mind, and a few pieces of tech gadgetry to get the job done. For the Marvel Comics Black Widow, things are very different. That version of the character was born in the late 1920s, met Captain America and Nick Fury during WWII, and was subsequently recruited into the Red Room program, where she was injected with a modified form of the Super-Soldier Serum, which gave her an unusually extended lifespan. She’s been functioning in her prime since then, but that’s not the end of her near-immortality. Natasha died during a massive superhero crossover, only to wake up in Russia with all of her memories intact. She ultimately found that this was the product of a Red Room cloning effort that stored hundreds of identical “backups” in case the original Black Widow fell, assuring she’d be around for a few more decades.

9. Thor Has A Super Breath That Causes Hurricanes: 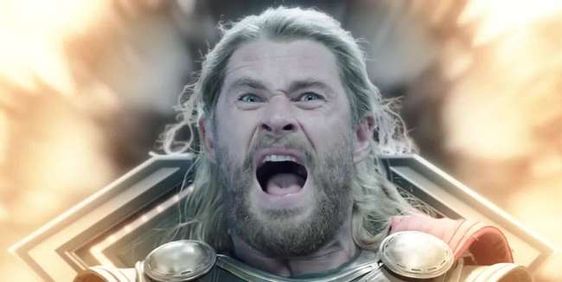 Thor Odinson has a plethora of superpowers, whether in the MCU or in the pages of Marvel Comics. He possesses enormous super-strength, the ability to fly, a magical hammer, and the ability to conjure lightning at command. He can travel from one end of the universe to the other by channeling the Bifrost, and he is tough enough to endure almost anything, including the entire might of a star. The comic book depiction of the God of Thunder, on the other hand, has all of that and more. One of Thor’s most startling abilities is “Super Breath,” which allows him to blast hurricane-force winds from his lungs anytime he wants, which he can utilize to either send a devastating chill through his opponents or hurl them miles away. Unfortunately, it’s a power that hasn’t been employed much since Thor’s early days, maybe because of its resemblance to an ability more closely connected with a particular Man of Steel.

10. Sam Wilson Can Telepathically Communicate With All Birds: 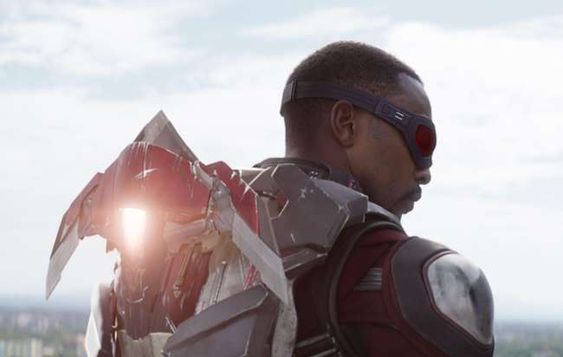 One of the central themes of The Falcon and the Winter Soldier is that Sam Wilson does not require superpowers to be Captain America since his merit comes from inside. All he needs is truth, justice, and a vibranium shield – and, of course, a Wakandan-designed wingsuit with an integrated jetpack. The Falcon who initially debuted in Marvel Comics, on the other hand, had his personal past manipulated by the Red Skull and the Cosmic Cube to make him the ideal choice to be Steve Rogers’ sidekick, all as part of a plot to have Wilson betray Rogers that eventually failed. One of those changes was to give Sam the talent of avian telepathy: the capacity to mentally converse with and command any and all birds, even those of alien species. That is why, in the comics, Redwing is a real falcon rather than a drone. And it is for this reason that Wilson is nearly never without considerable feathery backup.

So, yes, these are the MCU Characters With Surprising Superpowers In The Comic-Book That Aren’t There In The Movies. Well, what can I say, the MCU took these special powers from these characters that were really dope, and they even took Falcon’s only power he had in the comics. We, as fans, are disappointed with the Marvel Cinematic Universe. Thus, we at Animated Times have collected the list of surprising superpowers that are there in the comics. Have a look at them in the list above and do let us know your thoughts on these moments in the comments section below. For the time being, keep reading Animated Times, the perfect place to get a closer look at the entertainment industry, upcoming movies, TV series, celebrity gossip, and much more. We’ll have you covered. Keep reading animated times, guys, for more.