Doctor Strange is finally entering the Multiverse of Madness in the MCU and we are about to witness the ultimate form of his powers which are perfect for the new reality transactions adventures.
The Sorcerer Supreme’s strongest form was when he became the leader of the Black Priests ( A group of mighty Multiversal beings who have been destroyed different realities to make sure the Multiverse survived).
Doctor Strange joined them just so he could prevent more Earths from being wiped away. 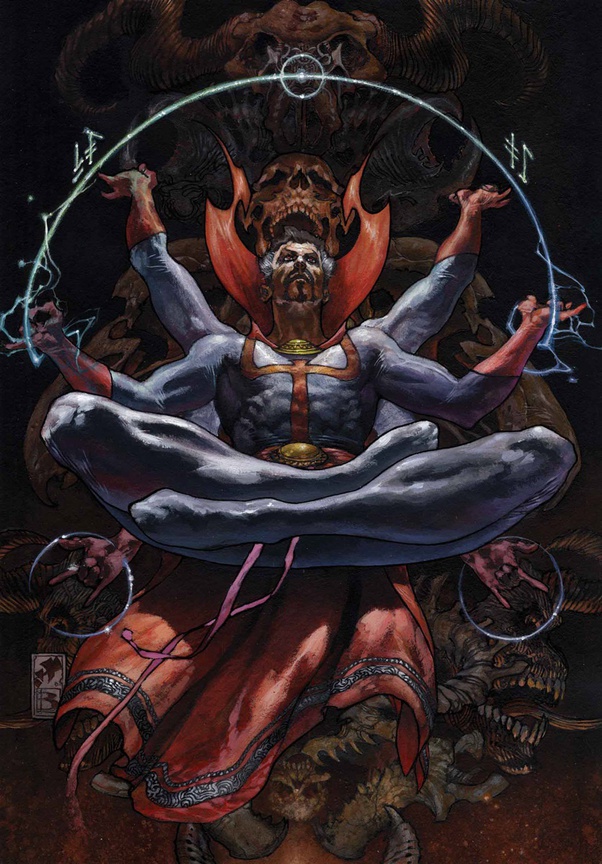 The Black Priests have been acting like Galactus but instead of eating the worlds in the name of “hunger”, they would destroy these versions of Earths entirely to prevent any kind of intervention or damage to the multiverse all in the name of balance.
Black Swan is very famous for being the sole survivor of the Black Priests after they destroyed her world.

The Black Priests are described as the field surgeons of the Multiverse as they destroyed the Earths.
They believed that eliminating a number of Earths, they would be stabilizing the reality thus preventing the pending death of the universe. 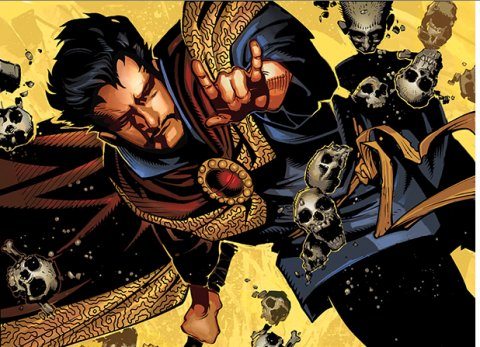 In the comics, New Avengers written by Jonathan Hickman, Szymon Kudranski and Joe Caramgma, the Avengers try to seek answers about the true nature of the Black Priests.

What makes them lose their minds is knowing finding out that Doctor Strange is making their homes his sanctuary. He gives them an explanation that the Black Priests are trying to save the Multiverse by their actions and previously worked together by creating a world so secretly that would allow them to lose their minds and even the knowledge about reality.

Before the Sorcerer Supreme joined the team of the Black Priests, they were just capable of saying one letter at a time to shape the reality as desired but the moment Strange aka the MCU’s knowledgeable hero joined their side, they were able to know all the words and even say them much accurately and faster than before. 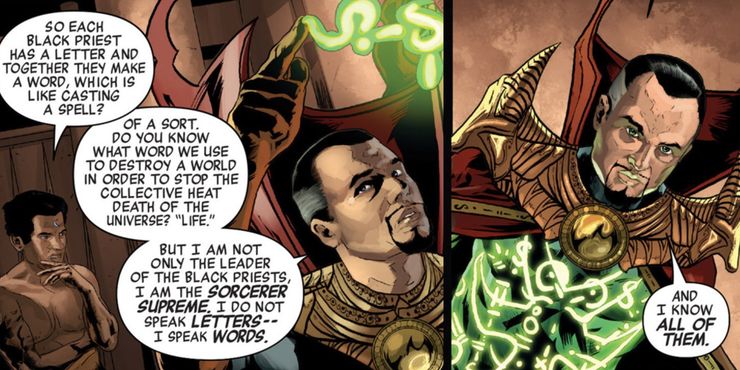 Yes, Doctor Strange is so powerful that he can just destroy the entire Earths by just uttering the word “life”

But it’s important to remember that MCU is about to feature Strange hopping across realities and it would make a lot of sense if was doing so in the name of trying to save his own reality.

And with the additional power of the Black Priests, he could actually pick and choose what parts of the Multiverse to destroy or which ones to save.
It definitely sounds like a lot of madness and seems to be a lot of responsibility.

But we do not think that MCU wants to give away Doctor Strange his ultimate form so quickly and it would be amazing to see him the powers of the Black Priests.
The Multiverse is an extremely dangerous place and we can’t really blame the Black Priests as they just tried to balance the universe in the kind of manner they thought was fit.

If the movie is going to show the Multiverse collapsing, looks like Doctor Strange would be the HERO to fix it.