This dark fan art assembles a potential cast of MCU’s Thunderbolts.
The Thunderbolts could be actually making a way in the ever first MCU especially after the news of Secret Invasion series surfacing the internet. Secret Invasion is going to be another six episodes series of Marvel and if they stay true to the comics, we could be introduced to the Thunderbolts.
Marvel Cinematic Universe’s Phase 4 appears to be laying the groundwork for some amazingly big comic book teams.

Avengers are still around even though their numbers have decreased and we expect new members to be recruited for the same and of course we have the Guardians of the Galaxy out there who are poised for few more onscreen appearances, basically the superhero franchise of Marvel is gradually assembling the members of other teams.

On the “heroic” end we have what we can assume the “Young Avengers” which are likely to be made of people like Kate Bishop aka Hailee Stienfeld and America Chavaz aka Xochitl Gomez.

And on the other end are the Thunderbolts. 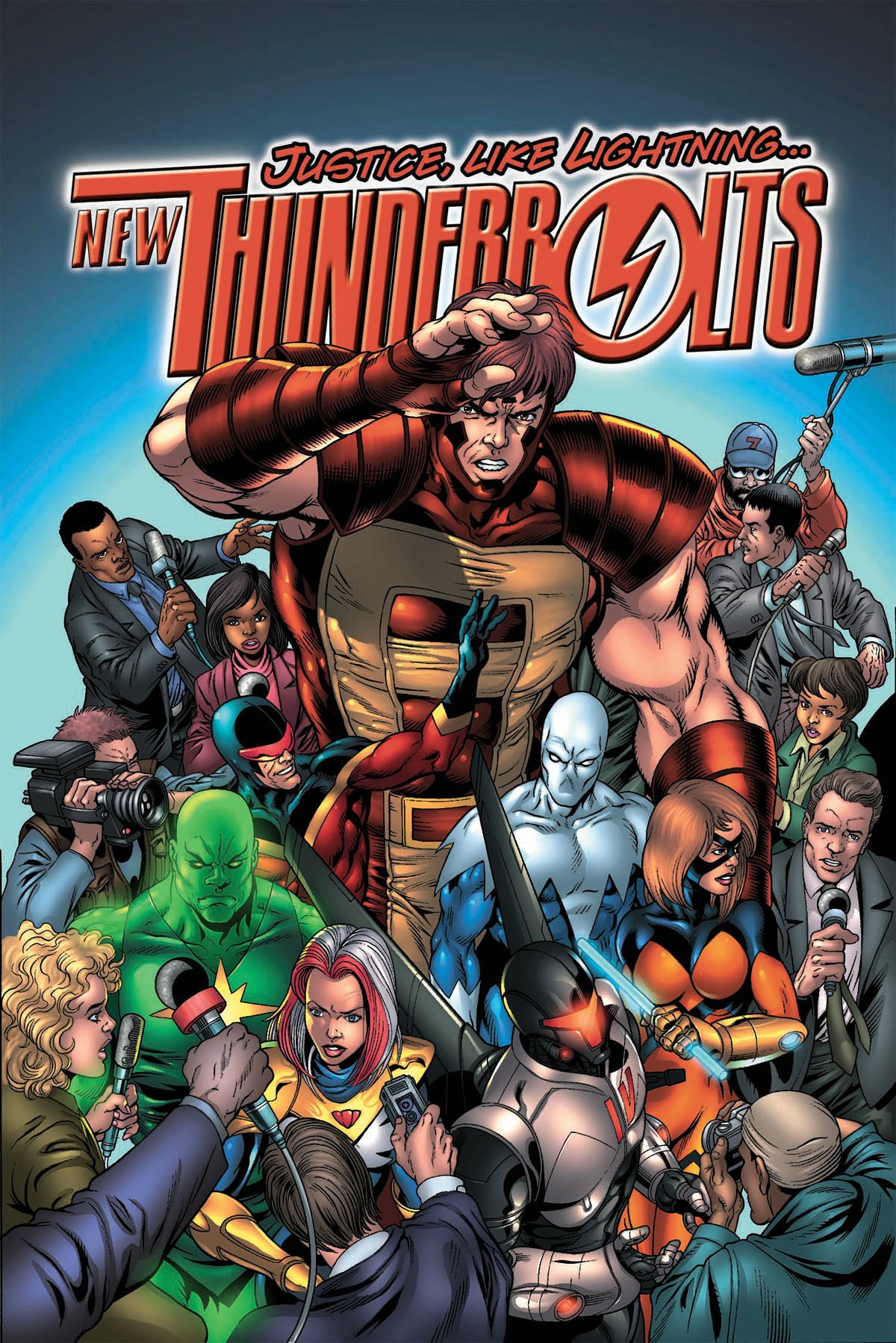 In the Marvel comics, Thunderbolts are a group of “seemingly” reformed supervillains.
They are initially led by Baron Zemo aka Daniel Brühl who is an aristocratic bad guy who first made his big screen appearance in 2016’s Captain America: Civil War.

Zemo recently made an appearance in The Falcon and The Winter Soldier which hinted and gave birth to theories that he could create the MCU’s Thunderbolts, particularly since quite a few members had already made their appearances in the franchise.

But too much sadness of the fans, The Falcon and the Winter Soldier never intended to set up the Thunderbolts and didn’t leave any clear potential future for the team .

Undoubtedly there are many fans who want to see the Thunderbolts to make their appearance in the MCU.
An artist Gaurav777Algo created a really cool piece which nicely depicted how the Thunderbolts could appear with the members who have made their debuts.

They are led by Zemo and include familiar faces like Punisher, U.S. Agent, Red Hulk, the Ghost Rider, Taskmaster and Ghost.

The ThunderBolts [Artwork] from marvelstudios

All the characters here have made an appearance in some way or the other in the MCU, and those like Punisher and Ghost Rider have technically just appeared in the Marvel TV Shows.

If Marvel wanted to, they could easily line up the Thunderbolts in the MCU but they haven’t but we can still see if they do go ahead with it.

In the climax of The Flacon and the Winter Soldier, there was a hint which could point to the assembling of the Thunderbolts.
U.S. Agent aka Wyatt Russell ended the series by going with the Contessa Valentina Allegra de La Fontaine aka Julia Louis – Dreyfus; who by the look of it seems to be forming some kind of team.

Looks like the Thunderbolts could finally be on their way to the MCU and fans will have to wait just a little longer to see them.