The hardcover of Marvel’s first official MCU companion book has quite some behind-the-scenes stories from the making of Avengers: Endgame. It’s called The Story Of Marvel Studios: The Making of the Marvel Cinematic Universe. It is an authorized look at making the MCU from the beginning to Endgame. This book contains a lot of fascinating behind-the-scenes info about the record-breaking Avengers: Endgame. It was an epic end to Phase 3 of the MCU.

That being said, these are the top 5 MCU secrets about the making of Endgame –

Both Avengers: Infinity War and Endgame were conceived after the Marvel executives and directors sat down for a brainstorming session. They thought about how to conclude the end of the Infinity Saga. It became apparent that one movie wouldn’t be enough to conclude this epic saga. Thus, they decided to proceed with two separate movies. As a result, the revised title of the second part became Avengers: Endgame, after the original working title of the film was changed. Released in 2019, it features an ensemble cast including Robert Downey Jr., Chris Evans, Mark Ruffalo, and others.

Endgame‘s behind-the-scenes shed some light on the endearing story of Iron Man’s appetite in the film. Due to Robert Downey Jr.’s rather elaborate preparations for his scenes as Tony Stark, the actor was known to eat on set quite frequently between takes. As it turns out, Downey Jr.’s favorite snacks eventually made their way into several of Endgame‘s funniest, improvised moments; one could arguably say that Iron Man’s hunger actually factored into how hilarious the interactions between him and those around him showed up.

In one of the most epic spectacles to ever befall a cinematic universe, Avengers: Endgame‘s final battle was quite awe-inspiring. Spanning the globe from New York City to the remote depths of space, this huge CG scene had 1,400 visual effects artists working for multiple effects studios. It took a special kind of imagination to organize those 1,400 separate personalities with 400 crew members working concurrently across 20 different film studios. 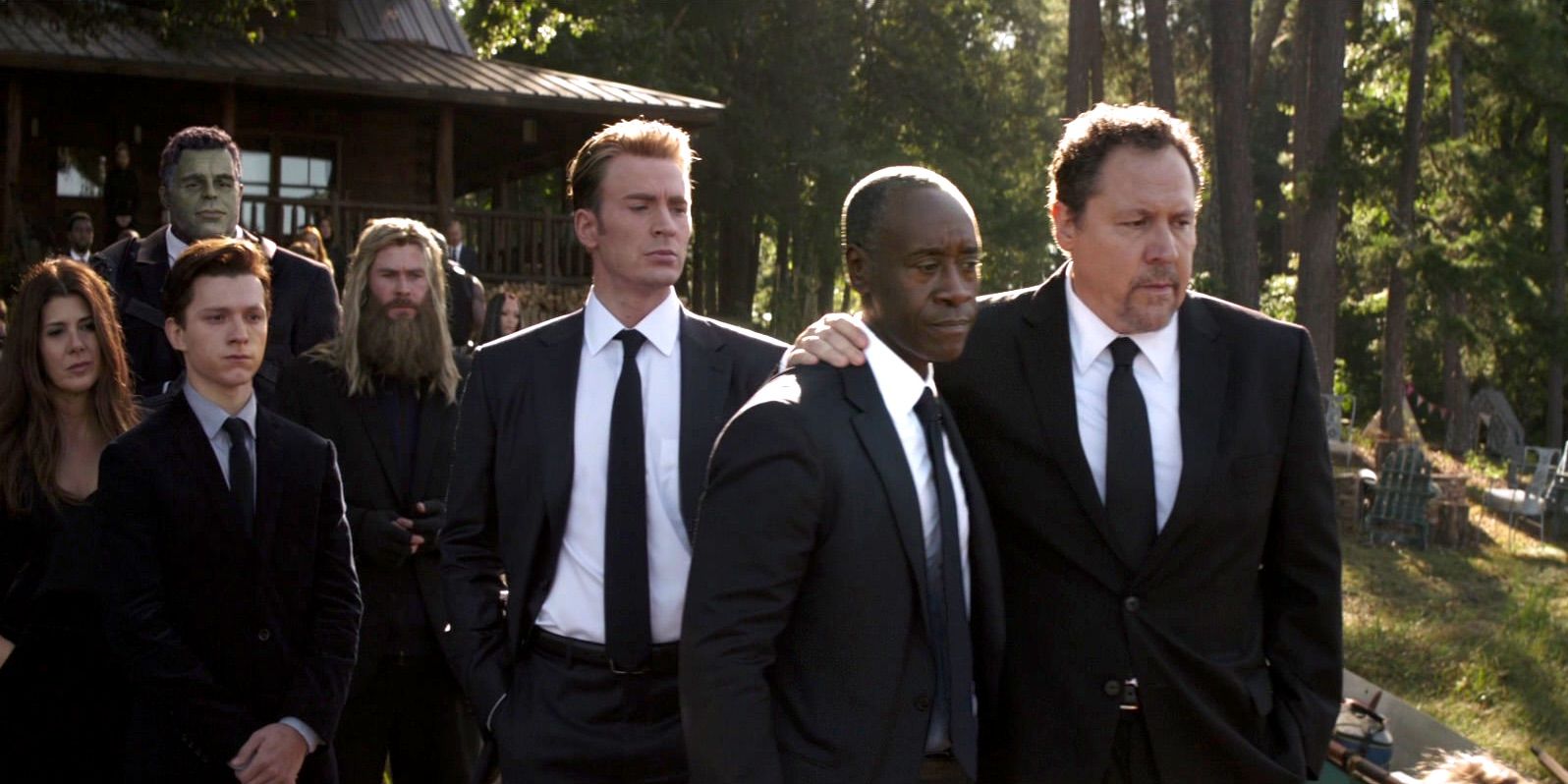 Tony Stark’s Funeral in Endgame was quite a task to go through. It brought together all the living MCU heroes who had not been previously captured on film. Referred to as “The Wedding” scene throughout the production, this part involved hours and hours of shooting. In other words, no one knew anything about the funeral—not even after it had wrapped!

The One Who Knew It All

Robert Downey Jr. was the only actor who got an opportunity to go through the entire script before undergoing the schedule. The other actors were given their scenes only to prevent premature leaks and spoilers for this highly anticipated cinematic event. Apparently, Downey Jr. was actually pitched his ultimate character arc before renewing his Marvel contract for Spider-Man: Homecoming, Avengers: Infinity War, and Avengers: Endgame with producer Kevin Feige keen to get their original MCU hero on board with their vision.