Fans are ecstatic to see the Spider-Verse in action in MCU’s Spider-Man 3. But we believe Spider-Verse is going to be a really bad idea if Marvel goes ahead. And here’s why. 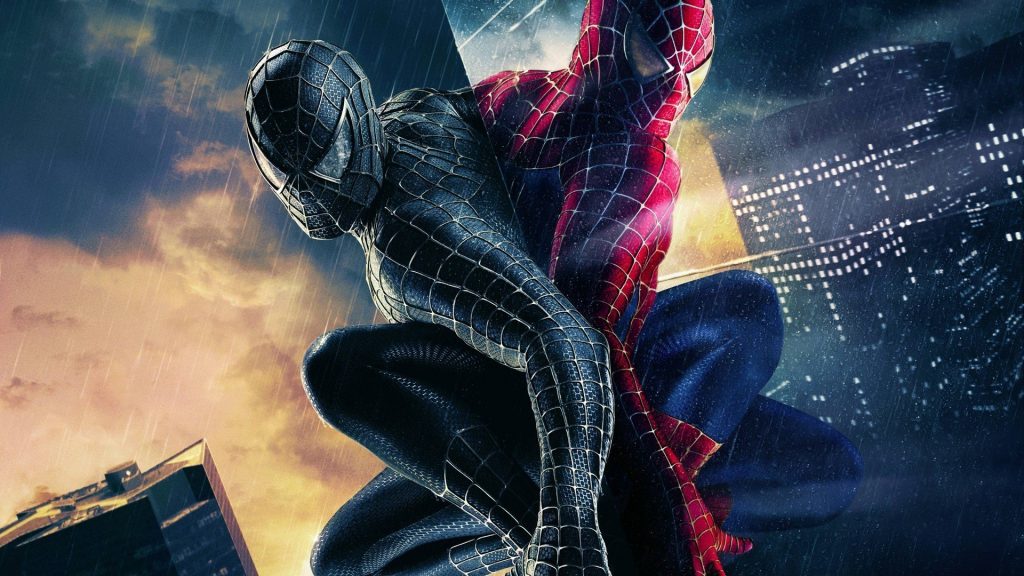 There will be Tobey Maguire‘s Spider-Man. There will be Andrew Garfield’s Spider-Man. Jamie Foxx will likely return as Electro. Alfred Molina is all but confirmed to appear as Doctor Octopus. Emma Stone’s Gwen Stacy and Kirsten Dunst’s Mary Jane Watson are also appearing at some point. There’s going to be too much for too little. The last time a Spider-Man movie tried to jam in so much into a movie, the disastrous Spider-Man 3 happened.  And that was not a pretty sight.

There Will Not Be Enough Screen Time 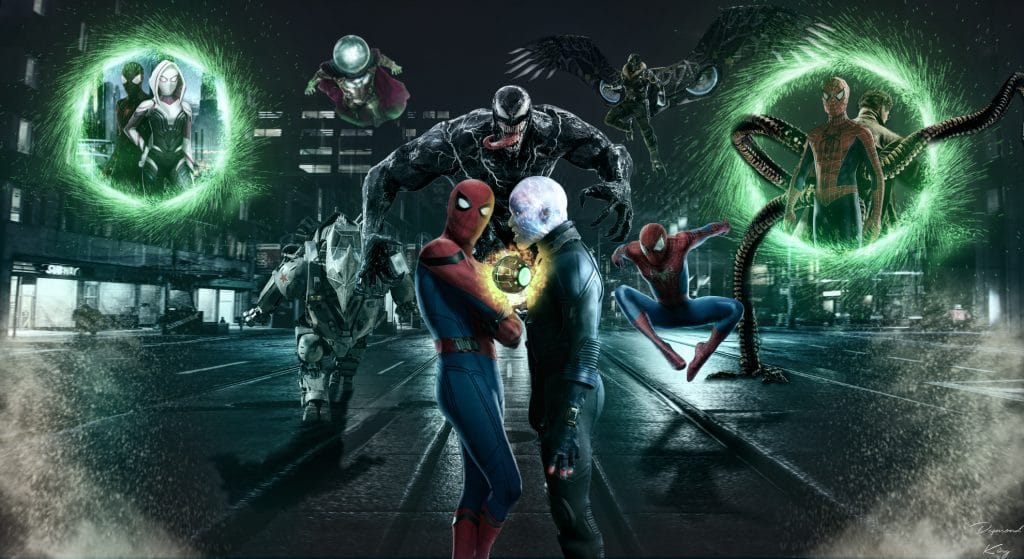 With so many actors in the project, there’s going to be one other real world implication. Each actor will have to be given some amount of screen time. Actors like Tobey Maguire and Andrew Garfield will obviously be given more screen time than others. The other actors might be given lesser time in front of the camera. The equations of that will be complicated. Considering this is a Marvel movie, non MCU actors will not be given that much importance. And that will affect fan expectations who would have wanted to see their legacy heroes for a little more time.

Holland’s Spider-Man May Be Pushed Back Once Again 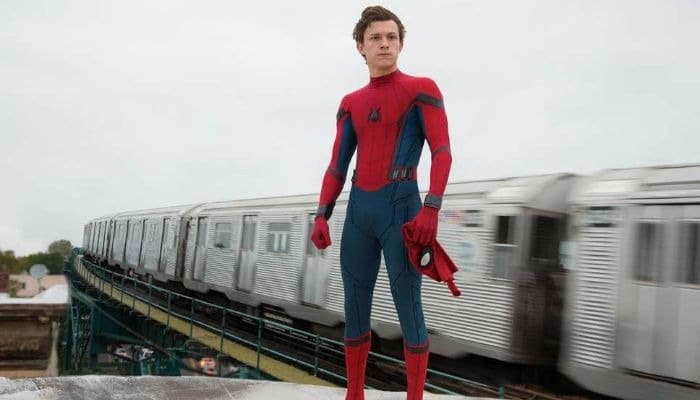 All his life in the Marvel Cinematic Universe, Peter Parker has been treated as a child struggling to make it as a superhero. This has created a false image amongst casual fans that Spider-Man is still a baby. He has much to learn. In the comics, Spider-Man is a leader. He is the world’s foremost expert on crime-fighting. Even SHIELD has asked him to lead many superhero teams in the past, which Spider-Man has respectfully declined. In Far From Home and Homecoming, Spider-Man became a doofus, a hero still in his training wheels. With Tobey Maguire and Andrew Garfield chiming in, there’s all the more reason he might not take charge.

It Has Already been Done By Sony

Sometimes we think Sony is wantonly trying to derail the Marvel Cinematic Universe. Although a live-action Spider-Verse will be a first, it’s not like it has not been done and dusted in the past if animated movies are taken into consideration. Spider-Man: Into The Spider-Verse gave us a fun and enjoyable rendition of the Spider-Verse concept. It was funny, hilarious, and most important of all, the very first Spider-Verse take in a movie. MCU’s take will have some old faces but it’s nothing new. The MCU should be taking risks like they did with GOTG, not use blockbuster formula to rake in huge numbers. 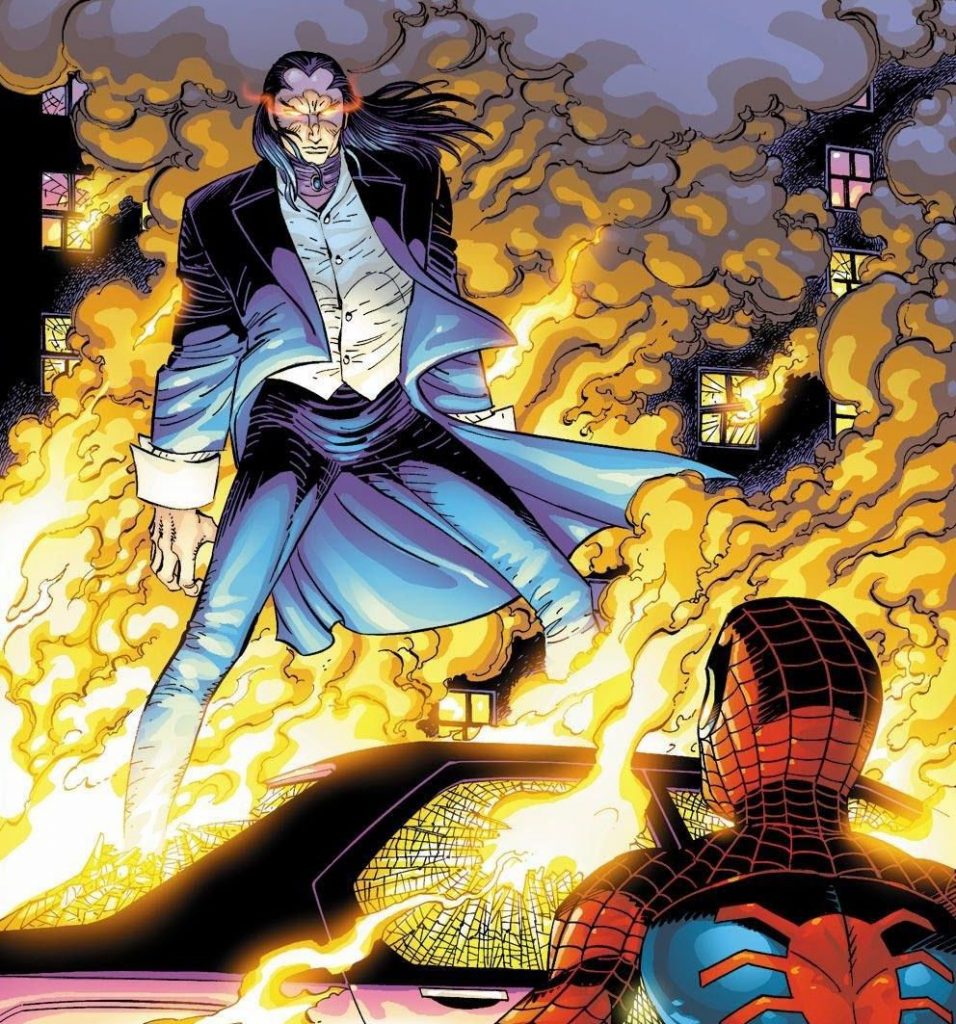 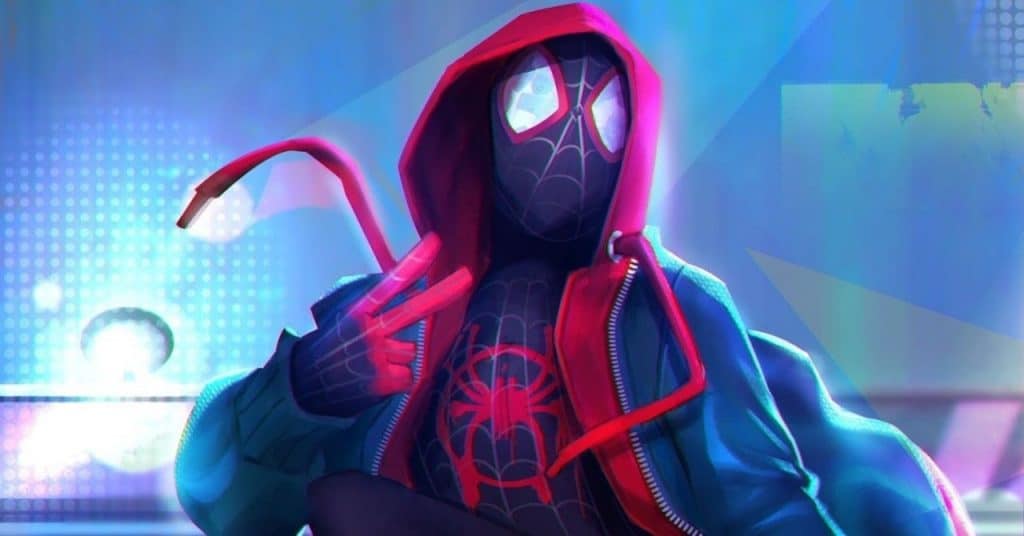 You think of Spider-Man, the first name that pops into your head is Peter Parker. But recently, another name also pops into discussions. Miles Morales, the Latino-African Spider-Man, has also gained a lot of popularity. If a Spider-verse is happening, Miles Morales being excluded out will be nothing short of a war crime. And even if Marvel does include him in some way, there’s not enough time for him to play a major role. This means Miles might be relegated to a supporting role. Either option sounds worse every time you think about it.

Peter’s Dilemma At the End Of Far From Home 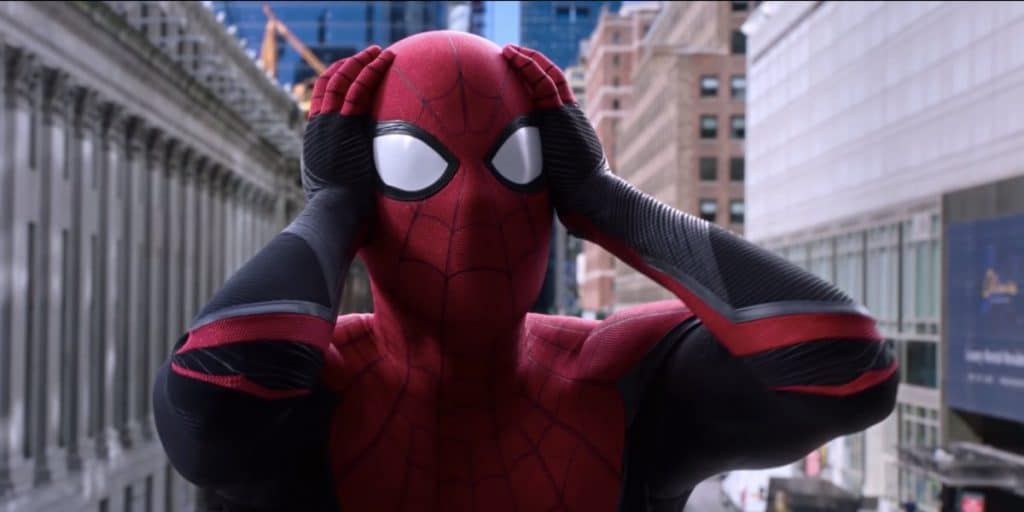 With so many variables, the one thing that fans might be forgetting is that the world knows who Spider-Man is now. Mysterio ensured he told the world Peter Parker is under the mask. The MCU Spider-Man 3 could end up catering to the Spider-Verse concept so much they might forget something crucial. Peter will be now living in a world where he no longer is just seen as an ordinary boy. Until and unless the Demon Lord Mephisto pops up in the MCU, that is an irreversible situation. Fans need to know how that part of Peter’s story pans out.

It’s Going To Be Stupidly Expensive (And Risky) 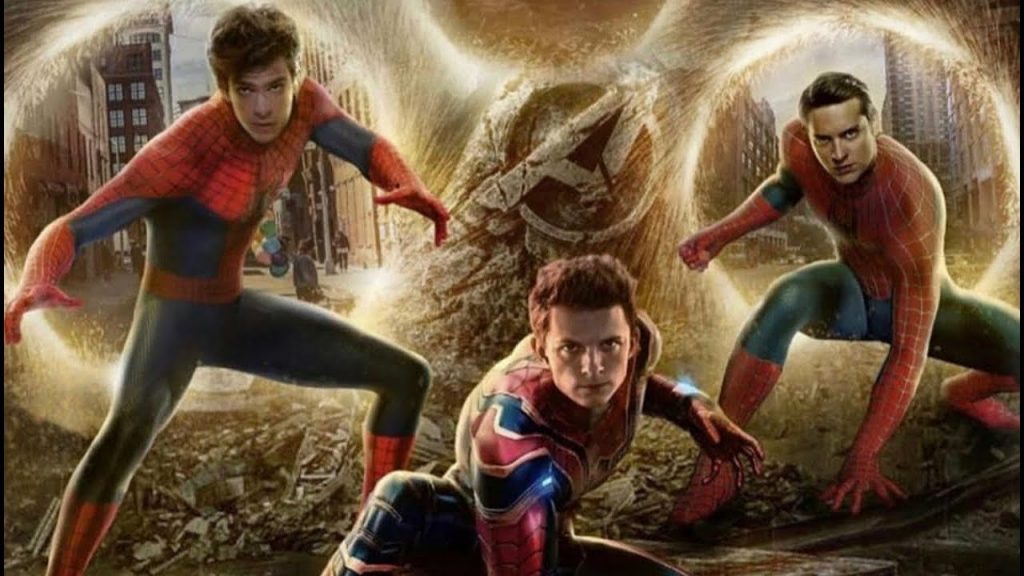 When you rope in so much from everywhere, expenses are bound to be sky high. No studio other than Marvel Studios, backed by the rich coffers of Disney, could even imagine pulling this off. With so much money being invested, there’s also the risk factor. On the off chance that Spider-Verse flops, the MCU Spider-Man 3 movie will set a powerful precedent. No Studio, not even Disney and Marvel, will ever try something this risky again. If Spider-Verse bombs, Hollywood will stop conducting such grand experiments.

Pandering To The Multi-Verse Concept Too Much 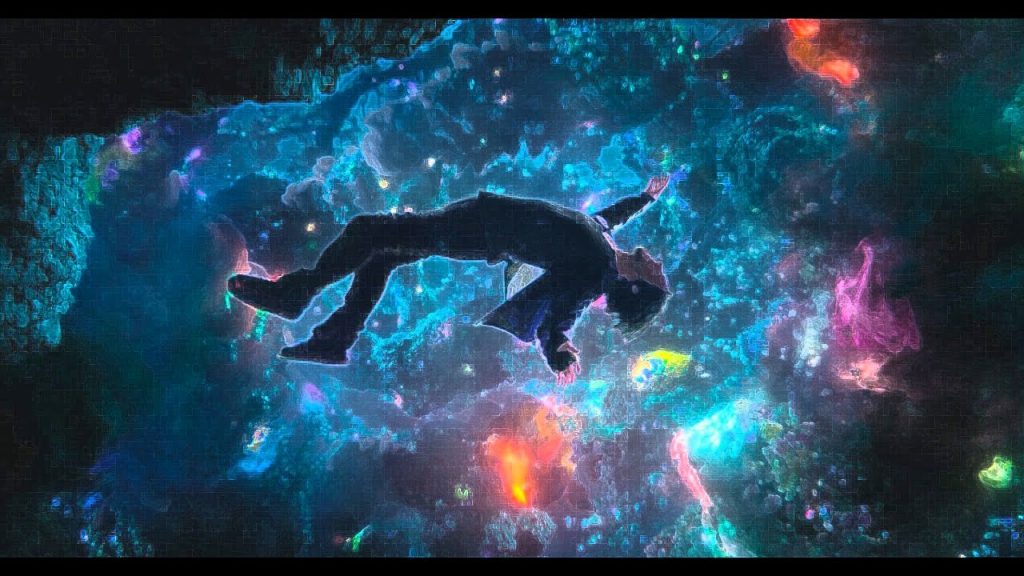 With WandaVision, Doctor Strange: Multi-Verse Of Madness, and Loki already exploring different aspects of the Space-Time continuum, the Spider-Verse movie might seem redundant. It’s good that Marvel is planning for the MCU to go the cosmic route. We respect that. But sometimes fans just want a good old fashioned superhero flick. A Multi-Verse spanning event might be too much for people’s taste. Like we said, this ‘Grand Experiment’ is risky. 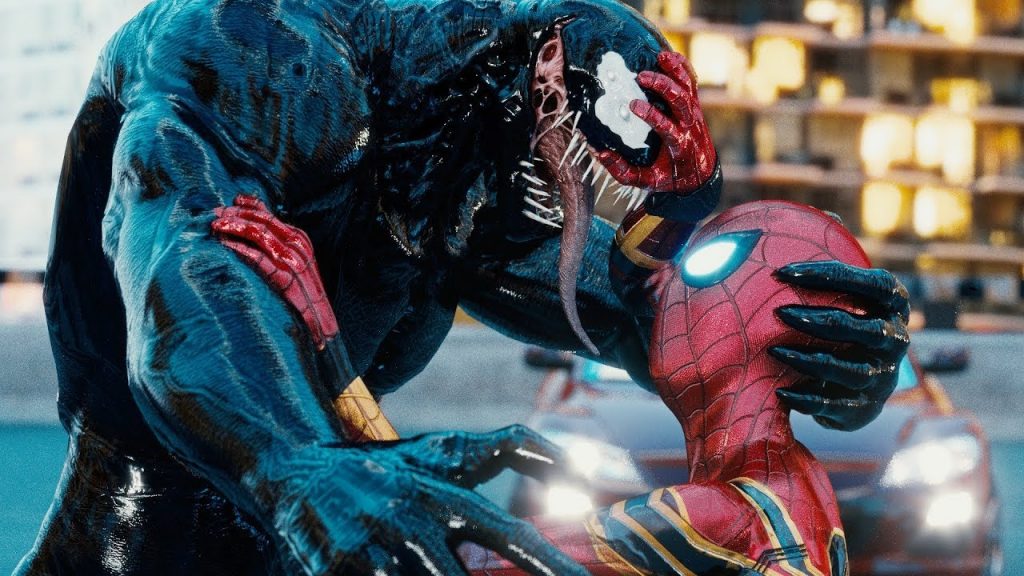 Franchises new and old will be a part of MCU’s Spider-Man 3 movie. Spider-Verse will see the Sam Raimi Trilogy, the Amazing Spider-Man trilogy, the MCU, and if rumors are to be trusted, even Sony’s Venom sub-franchise join in. Limited screen time, the movie not doing the characters enough justice, the chance that the movie might bomb because it might be too much for the audience too handle – all of this will lead to the inevitable. The respect and fame the franchises participating in the Spider-Verse movie will be tarnished. This will most certainly affect the legacy of the earlier franchises like Sam Raimi’s Spider-Man movies. It might also be bad for Venom, whose upcoming sequel will not enjoy as good a run at the International Box Office if the anti hero is not treated well.