The first three stages of the MCU had plenty of time to build up to some gratifying payoffs – and create successful callbacks to situations that transpired in previous films – spanning 23 films over 12 years. For example, after years of developing Tony Stark’s strained connection with his father, Howard, the character eventually found solace in Avengers: Endgame. Viewers witnessed Nebula’s transformation from a supporting villain to a truly intriguing hero. And don’t even get us started on Steve Rogers finally getting his Peggy Carter dance. True Believers, put on your MCU trivia crowns because we’re going to go through the finest payoffs in Marvel movies that were worth the wait. As we at Animated Times have compiled some of the best payoffs from the MCU’s history. Sounds interesting? If that’s the case, let’s get on the list and find out about these gratifying payoffs. 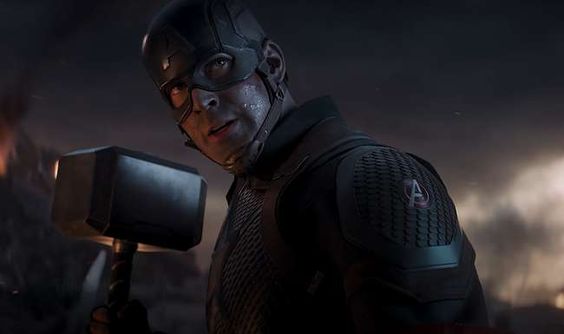 In what is probably the finest sequence in Avengers: Age of Ultron, the superteam tries to figure out if anybody other than Thor can lift Mjolnir, Thor’s hammer. Avenger after Avenger tries, but the only one who gets the thing to budge is, of course, Steve Rogers. However, Steve gives up, and Thor screams, “You’re all unworthy.” Fast ahead to Avengers: Infinity War. Endgame, when Thanos whips Steve, Tony, and Thor around like a bunch of chumps. Mjolnir appears out of nowhere and reveals that Steve can lift the hammer, to which Thor responds, “I knew it.”

7. Tony Stark Disintegrating Thanos With ‘I Am Iron Man’: 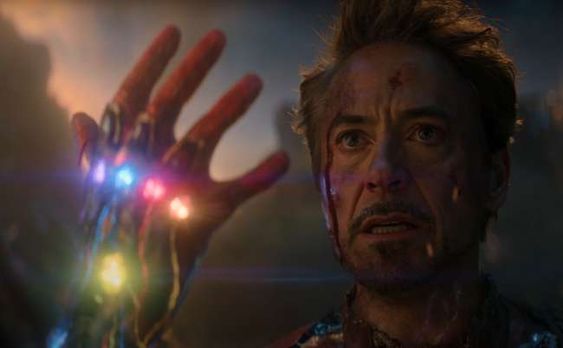 How can you say farewell to one of the new millennium’s most beloved cinematic characters? That’s how you go all the way back to the beginning, paying tribute to 2008’s Iron Man. Thanos says, “I am inevitable,” while holding what he thinks may be the Infinity Stones. But Tony is the one who has the Stones, and in response, he says the phrase that closed the first Iron Man film over a decade ago: “And I… am Iron Man.” Tony then uses the stone to extinguish Thanos and his army, sacrificing his life to rescue the whole universe.

6. Falcon Telling Cap ‘On Your Left’: 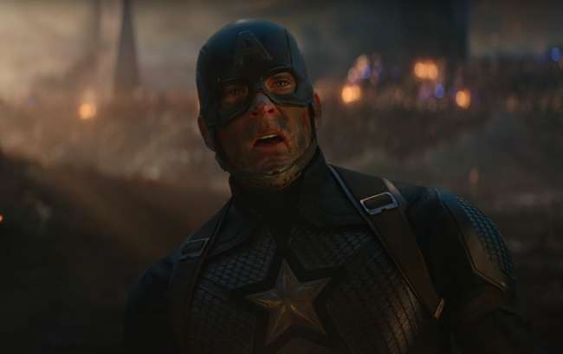 The “On your left” statement first appears in Captain America: The Winter Soldier, when Steve Rogers repeats it several times while continually lapping Sam Wilson during a morning run. It is also said to Wilson by Rogers near the end of the film while Cap is healing in the hospital. Christopher Markus and Stephen McFeely, who also wrote Captain America: The Winter Soldier, wrote Avengers: Endgame, and they paid tribute to their past work by having “on your left” signify the return of everyone who died at the conclusion of Avengers: Infinity War. It sets off Avengers: Endgame’s eye-popping conclusion and is a wonderful return for fans.

5. Tony Getting To Hug Peter After His Return From ‘The Snap’: 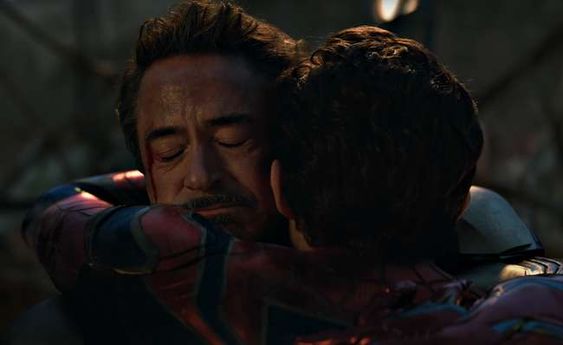 The transformation of Peter Parker into ash at the climax of Avengers: Infinity War is a heartbreaking moment in a film full of them. And it is Peter’s death that motivates Tony to figure out time travel in order to save everyone from Thanos’ snap. The viewer can feel Tony’s excitement as Peter approaches him at the conclusion of Avengers: Endgame during the Avengers’ struggle with Thanos. The embrace the two have while Tony is stunned is a poignant moment in the MCU between the teenage hero and his father figure.

4. Tony Getting Some Catharsis With His Father: 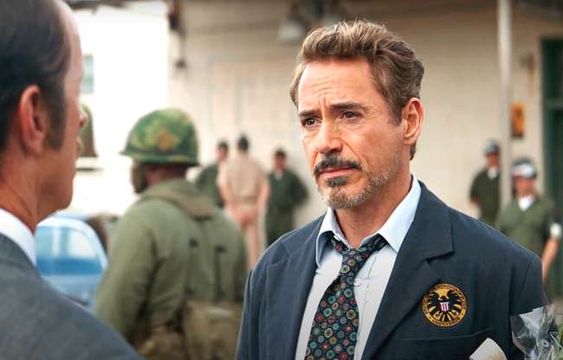 Tony’s feud with his father, Howard, was alluded to in Iron Man, filled out in Iron Man 2, and expanded on in Captain America: Civil War. Due to Howard’s murder at the hands of the Winter Soldier when Tony was still a college student, he never really had a chance to mend his strained relationship with him. In Avengers: Endgame, Steve Rogers and Tony take a delightful little trip to the 1970s, when Iron Man unexpectedly stumbles across his father at a S.H.I.E.L.D. base. The sequence emphasises how much Tony has matured in the MCU, becoming a more unselfish guy as a result of his heroic role – and becoming a father himself.

3. Loki Trying To Do The Right Thing: 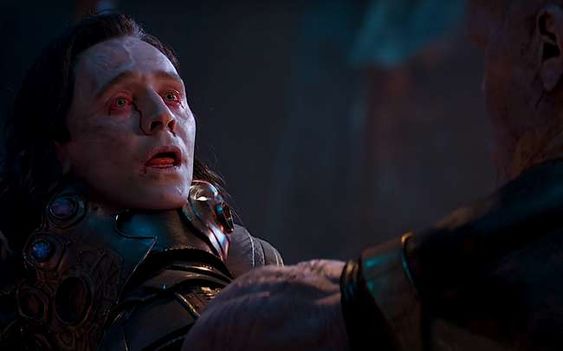 Loki’s gradual transformation from a crazy trickster in Thor and The Avengers to a reluctant hero in Thor: Ragnarok and Avengers: Infinity War is one of the greatest character arcs in the Marvel Cinematic Universe. The Loki of old would have helped Thanos on his mission to gather the Infinity Stones (as he did in the Avengers), but in the Infinity War, he sought to murder him instead. It results in the execution of the god of mischief at the hands of the Mad Titan, but it permits the Hulk and Thor to survive to fight another day. It will be fascinating to see where Marvel takes this character in the upcoming Loki Disney+ programme, but whatever the antics he gets up to in the streaming series, his sacrifice in service of the greater good will be remembered.

2. Frigga Finally Getting Her Chance To Shine: 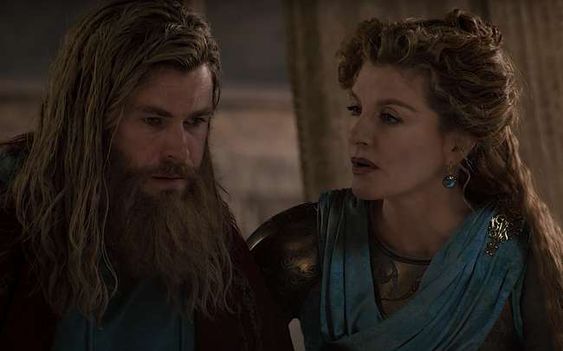 Look, up until Avengers: Endgame, Rene Russo’s Frigga was significantly neglected by the MCU. She barely did anything noteworthy in her two brief appearances in Thor and Thor: The Dark World, but she got to play a key role in Thor’s character journey in Endgame, and in the process, she sort of redeemed Thor: The Dark World. When Thor is visibly suffering from PTSD and questioning who he is after failing to stop Thanos at the end of Avengers: Infinity War, it is Frigga who offers some wise, motherly advice: “Thor, everyone fails at being who they are supposed to be. The success of a person, of a hero, is measured by how well they succeed in being who they are. ”

1. Steve Rogers And Peggy Carter Finally Getting Their Dance: 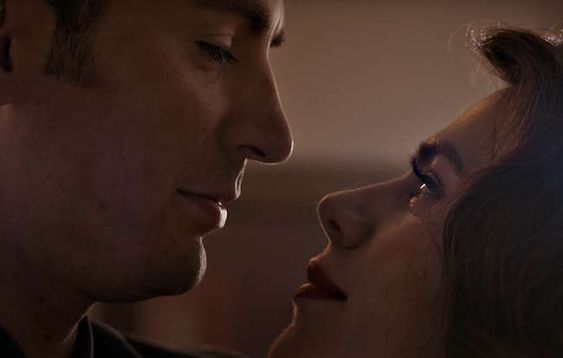 The final sequence of Captain America: The First Avenger, in which a time-displaced Steve Rogers learns from Nick Fury that he has been “asleep for almost 70 years,” is one of the MCU’s most sad moments. When Fury inquires about Cap’s well-being, the super-soldier replies, “Fine… yeah, I just… I had a date.” It’s hefty. Steve ultimately secured his date owing to some time-traveling shenanigans involving the Infinity Stones. The last sequence of Avengers: Endgame shows Steve back in time enjoying a slow dance with his best friend, Peggy Carter, and hearts all across the world swoon.

So yeah, these are the MCU’s Most Satisfying Payoffs That Were Worth The Wait. I’m at a loss for words to describe how thrilling it was to see these scenes on the big screen. Marvel has produced some of the world’s best cinematic films over the years, and these much-anticipated scenes elevate these films to the level of a superhero film. So what do you people think about these gratifying payoffs? Which among these is your favorite payoff moment? Please let us know in the comments section below. Until then, keep reading Animated Times, the perfect place to get a closer look at the entertainment industry, upcoming movies, TV series, celebrity gossip, and much more. We’ll have you covered. So keep reading animated times, guys, for more.