The massive debate which exists within the Marvel fandom has been about which unbreakable metal is stronger; is it Adamantium or Vibranium.
But in the case of Marvel Cinematic Universe, this argument is pointless because there is a metal that exists both in films and comics which is mightier than both these metals : Dargonite.

If you have never heard of Dargonite, it is totally fine.
It is rarely mentioned and is of course less widely used than the two popular metals, but apparently in the comics, it has already been proved that it is stronger than Adamantium.
And maybe, it has already made its presence felt in the MCU.

Dragonite Is Stronger Than Adamantium And Vibranium

In the Comics, Dragonite was shown to be stronger when Major Vance Astro’s Adamantium suit was pierced by a sniper shot comprised of the alloy.
Dragonite is a metal alloy from the “future” which is named after Dargo Ktor, the Thor of Earth 8710; a possible version of Earth 616 from 26th Century.

But no one knows about this metal much because it has been named after Thor from the alternate universe and thus it is possible that it utilizes the same Uru metal used to forge Mjolnir and Strombreaker aka the matter found at the core of a dying star.

If that is the cast, it is still unclear that what ore is utilized. The debate continues whether Dargonite contains an Adamantium or Vibranium isotope but either way it is the only thing to break the “unbreakable” metal. 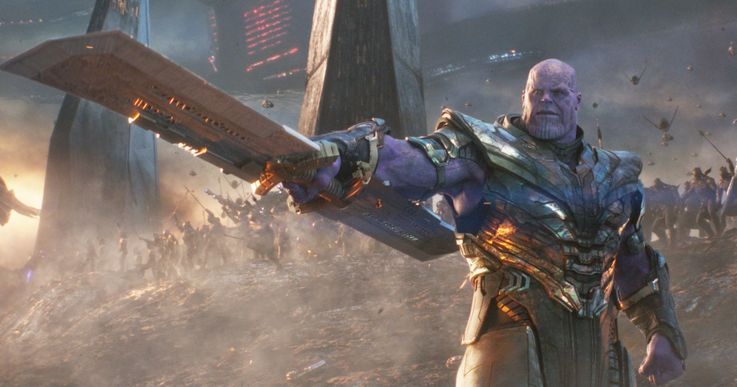 It is possible that Dargonite has appeared in the MCU>
In Avengers : Infinity War and Endgame, Thanos and his Black Order pierce and obliterate Vibranium.

Shuri’s Vibranium equipment didn’t have the same effect on Vision. In the argument it can be said that Thanos had that effect due to his Infinity stones.

However in the Avengers : Endgame, Thanos doesn’t have any Infinity Stones but he is still able to cause splinters on Captain America’s Vibranium shield.
This shouldn’t be possible unless Thanos has a sword made out of Dargonite.

If Dargonite already exists in MUC , it is possible cosmic person could forge weaponry. Only Stormbreaker is currently available so that means Mjolnir needs to be reforged so that Jane Foster has a wepon to wield in Thor : Love and Thunder.

It is possible that hammer can be recreated using the shards of the old one too.

So, Thor and Jane Foster would be better off making a more formidable weapon using Uru metal and Vibranium as an alloy.

The discovery of Dargonite would open up some scary possibilities.

So far, MCU heroes have just relied on Vibranium to get them through, but if Dargonite falls in hands of villains, heroes are going to have a tough time.