Many have claimed that the former Hollywood star was the reason behind the decision. Once again a royal commentator has made some shocking allegations against Meghan Markle. The royal commentator accused her of bringing out the worst in Prince Harry.

Read More: “There is no question that she was in fear”: Meghan Markle Looks Afraid in Her Recent Appearance With Prince Harry, Branded as Desperate-Looking Puppy With Inner Anxiety

Meghan Markle Brought Out the Worst Side of Prince Harry

While talking to TalkTV, a royal commentator Angela Levin talked about Meghan Markle’s effect on Prince Harry. She claimed that the Duchess has brought out the worst in the Duke of Sussex. Levin accused her of bringing out the evilest side of Prince Harry and called it shameful.

“You can’t just be very nice to odd people that you choose. You have to be a humane person who treats the world and everybody in it — including your family — with respect,” Angela Levin said. She also said that everyone wants a person who can bring out the best in them, but the Duchess of Sussex has done the exact opposite for her husband.

“And I think she’s brought out the most evil side of Harry. We all have a bad layer somewhere but we want people who bring out the best in us, not the worst. And Meghan has definitely brought out the very worst in Harry. It’s shameful.”

The statement came soon after the couple started getting hate for being nominated for the Robert F. Kennedy Ripple of Hope Award. They were nominated for the prestigious human rights award for opposing racism within the Royal Family.

A royal biographer also accused the Duke and Duchess of wanting to be in the spotlight. Prince Harry and Meghan Markle will be awarded the Ripple of Hope Award next month at the Robert F. Kennedy Human Rights Foundation.

Read More: “She’s different from the picture of her in media”: Meghan Markle Gets Support From Gloria Steinem, Reveals Duchess of Sussex is Getting Unnecessary Hate After Feminist Activist Claimed Amber Heard Was Vilified By Johnny Depp Fans

Prince Harry and Meghan Markle Had Everything Planned Out

Some reports claim that the Duke and Duchess of Sussex have been planning out their departure for quite some time. According to a report from The Mirror, the couple started planning things accordingly just six months after their wedding in 2018.

“Prince Harry is cursed with charisma but hates being a prince, and I think that he saw Meghan as a way out. They didn’t have to leave the royal family in the way that they did, but they did,” Andrew Morton said.

Prince Harry and Meghan Markle are set to appear in their Netflix docuseries. The docuseries will be released on Netflix on 8 December 2022.

Read More: “But she was such a sl-t in college”: Meghan Markle Blasts Hollywood For Overly Humiliating Women For Exploring Their Sexuality, Believes Men Are Celebrated For Having Affairs 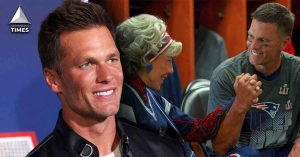