The DC Universe fans will be happy knowing that Michael Keaton is soon going to play Batman in Andy Muschietti’s The Flash. 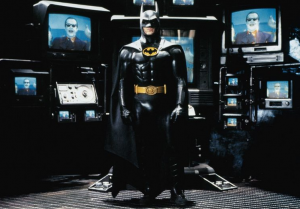 Batman has been out of the league for a while now. With that said, here comes the news that Michael Keaton is going to reprise Batman’s character in The Flash. What is still not imaginable is how Keaton is going to look with the cowl and the cape. It has been more than three decades now that he wore Batman’s suit and got directed by Tim Burton. When Steve Weintraub had a conversation with the actor regarding the upcoming The Protégé, they discussed how the superhero costume is going to look like. The result of the discussion was pretty much everything that a Tim Burton and Batman fan would like to see.

When Keaton was asked about her role and experience being Batman in The Flash, he echoed:

“It was weirdly and ironically easy. A little bit emotional. Just a rush of memories. Without giving anything away, which I can’t, basically the first shot, not of the entire movie but let’s say the introduction of Batman, is so good that when we walked on and started talking about a couple of shots and the angles, I went ‘whoa, this is big. This is great.’ I don’t even mean for me. Just the imagery, it’s great. And reminiscent, to some degree, of Tim Burton.” 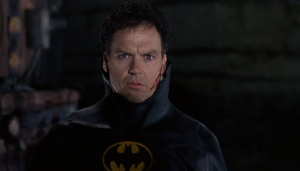 After going through a storm of rumors and controversies, it is now officially confirmed that Keaton is going to play Bruce Wayne in The Flash. The movie will introduce DC’s multiverse with the adaption of “Flashpoint” from the comic world. This will help to explain how Batman will bump against Berry Allen. Since everything is happening as planned, it is also expected that fans will experience something big with Sasha Calle’s Supergirl soon. She was officially announced to get an opportunity to play Superman’s cousin in last February. With that said, it became official that the character is soon going to make its first debut on-screen since 1984’s Supergirl. Also, this will be the first time when Kara Zor-el will get portrayed by a Latina actress.

Despite everything that is happened in the universe, Muschietti’s horror films like Mama and IT along with Batman’s thing with darkness, the director is expected to tease a lighter story this time. It could be heavy on human emotions. With that said, here is what the filmmaker said when he came to know about the project:

“An element of horror? I don’t think so. What captivated me about The Flash is the human drama in it. The human feelings and emotions that play in the drama of it. It’s going to be fun, too. I can’t promise that there will be any horror elements in it, really, but it’s a beautiful human story.”

Andy Muschietti’s The Flash is expected to hit the movie theaters on November 4, 2022. Fans may also watch Keaton in The Protégé on August 20.