With the new PS5 game featuring the character as well as the second Into the Spider-Verse movie in the works, many fans still are yet to know the force of nature that is Miles Morales. There are some things about Marvel’s Newest Wall Crawler that make him worthy of the mantle of the Spider. 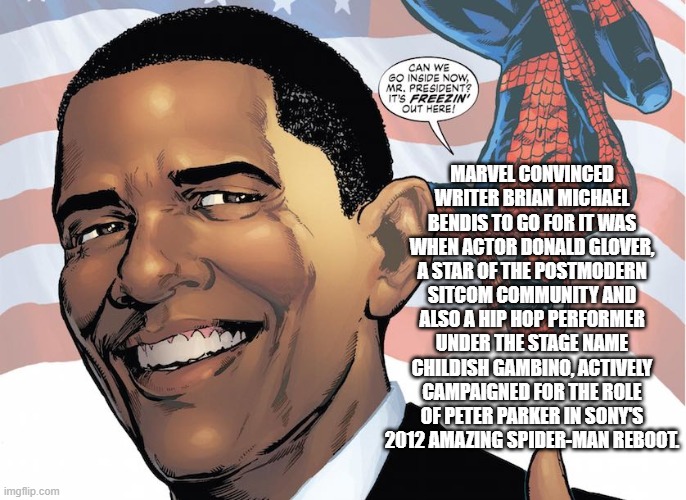 The other celebrity that inspired Marvel to come up with Miles Morales was Donald Glover.

The Goblin Formula is one of Marvel’s greatest creations. It gives Norman Osborn the power to cheat death. Miles is literally powered a variant of the serum that will never let its host die.

Replaced Parker in the Ultimates Universe, Not Mainstream One 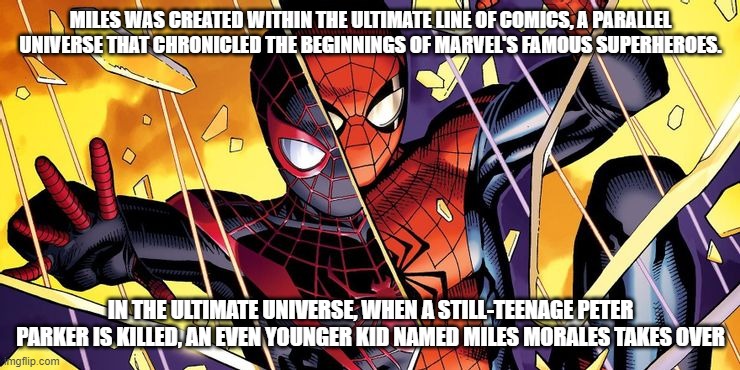 Do not worry. Peter Parker is not dead. Miles Morales is actually the Spider-Man of the Ultimates Universe, a parallel universe Earth.

His Uncle is a Super Villain 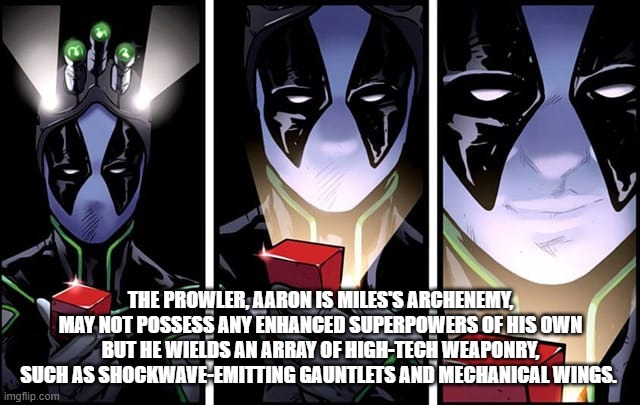 He later steals technology and becomes the Iron Spider, a major super villain in the Ultimates Universe. 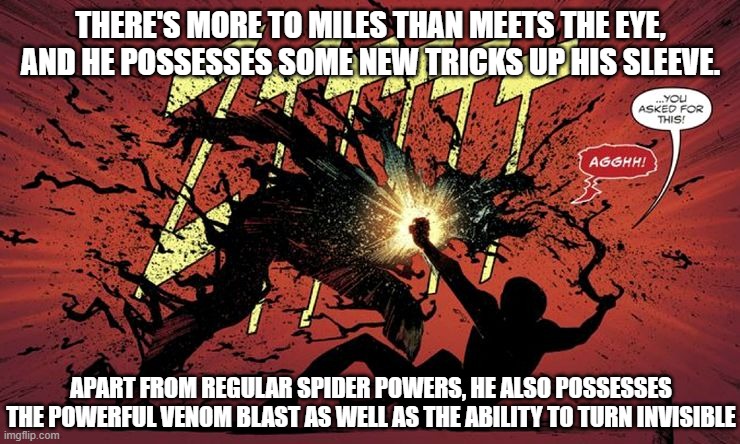 Apart from his regular Spider-Man powers, Miles possesses powers unique to him. Peter Parker does not have the power to use a Venom Sting, an attack powerful enough to cut through steel.

His Mother Was Killed During a Cop Shootout 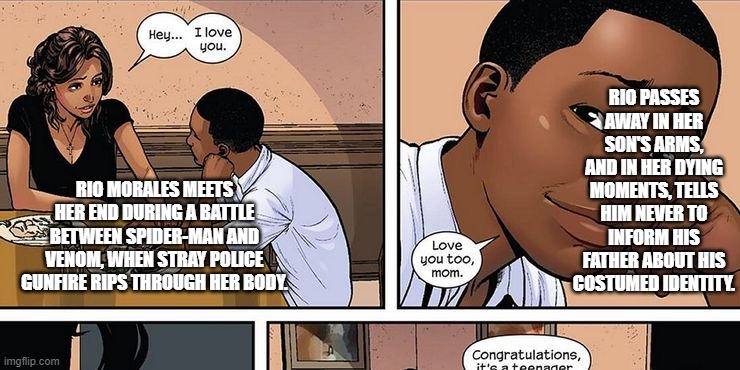 Ria died warning her own son to never divulge the secret of his double life to her husband and Miles’ father. Miles still considers her greatest inspiration.

His Father Hates Him 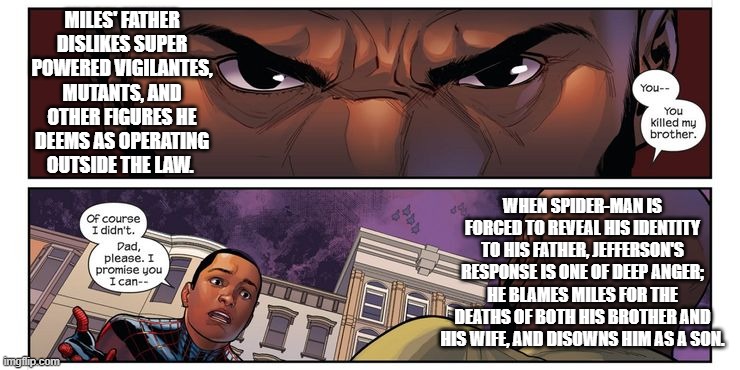 Jefferson is the brother of the super villain Prowler. After he finds out that his son is Spider-Man, the one responsible for his brother’s death, he starts hating his son’s guts.

His First Ever Villain 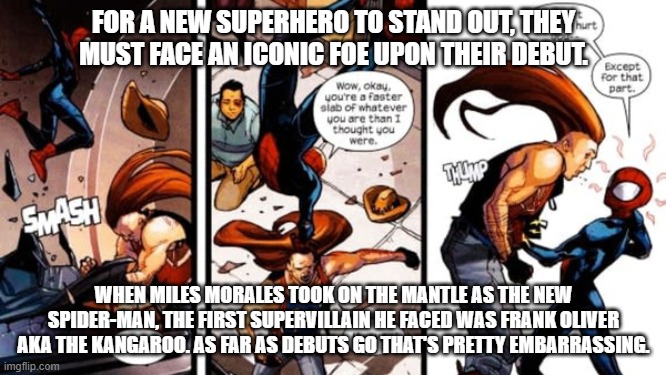 Batman has the Joker. Superman has Lex Luthor. Spider-Man as the Green Goblin. Miles Morales has….. the Kangaroo.

Bonded With the Carnage Symbiote 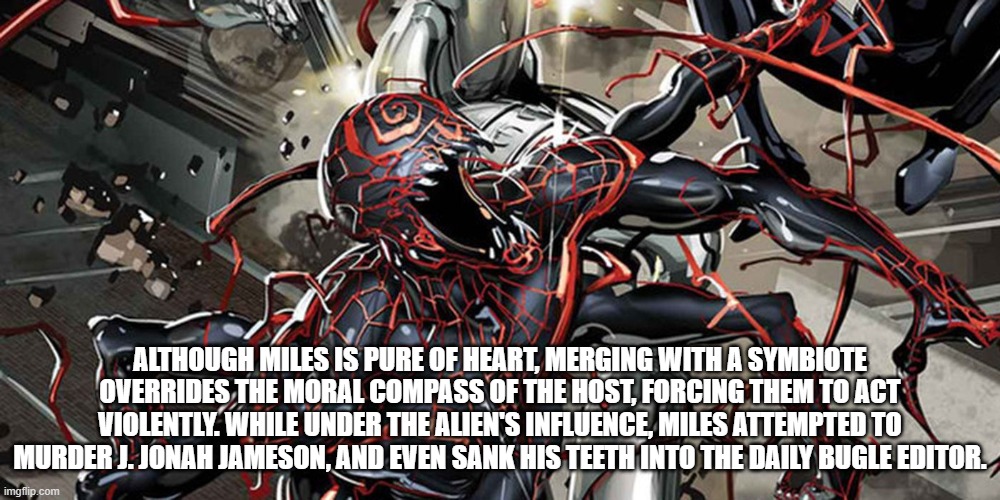 Miles came dangerously close to becoming a cold blooded mass murderer. Luckily the heroes of Marvel Comics were able to stop him before he does something rash.

He has had multiple failed relationships because of this attitude. Like Peter Parker, Miles has a lot of trouble with the opposite sex. 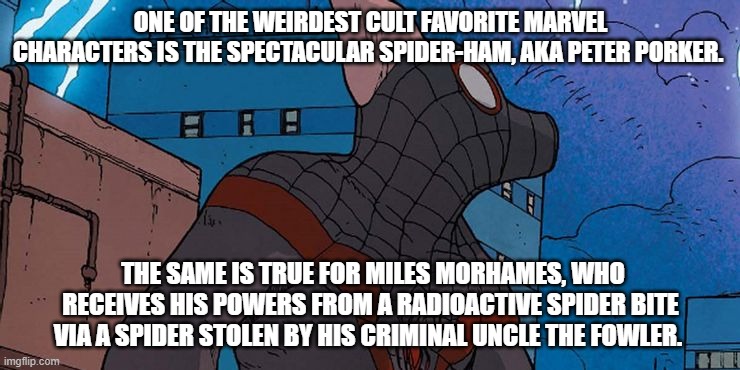 That’s just super adorable. Spider-Ham is not the only Pork Crawler in town.

There Are Two Of Them 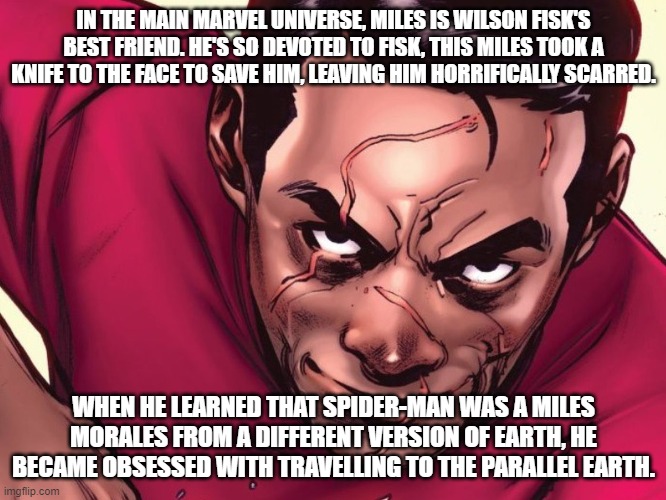 This twisted version of Miles Morales was ready to do all it takes to bring back the love of her life from the dead. When he learned of Miles’ existence in the Ultimates Universe, Mile of the mainstream Marvel Universe left a trail of blood and chaos in search of his long lost love.

10 Small But Poignant Details From The Avengers (2012) That Still Astonish Us!! 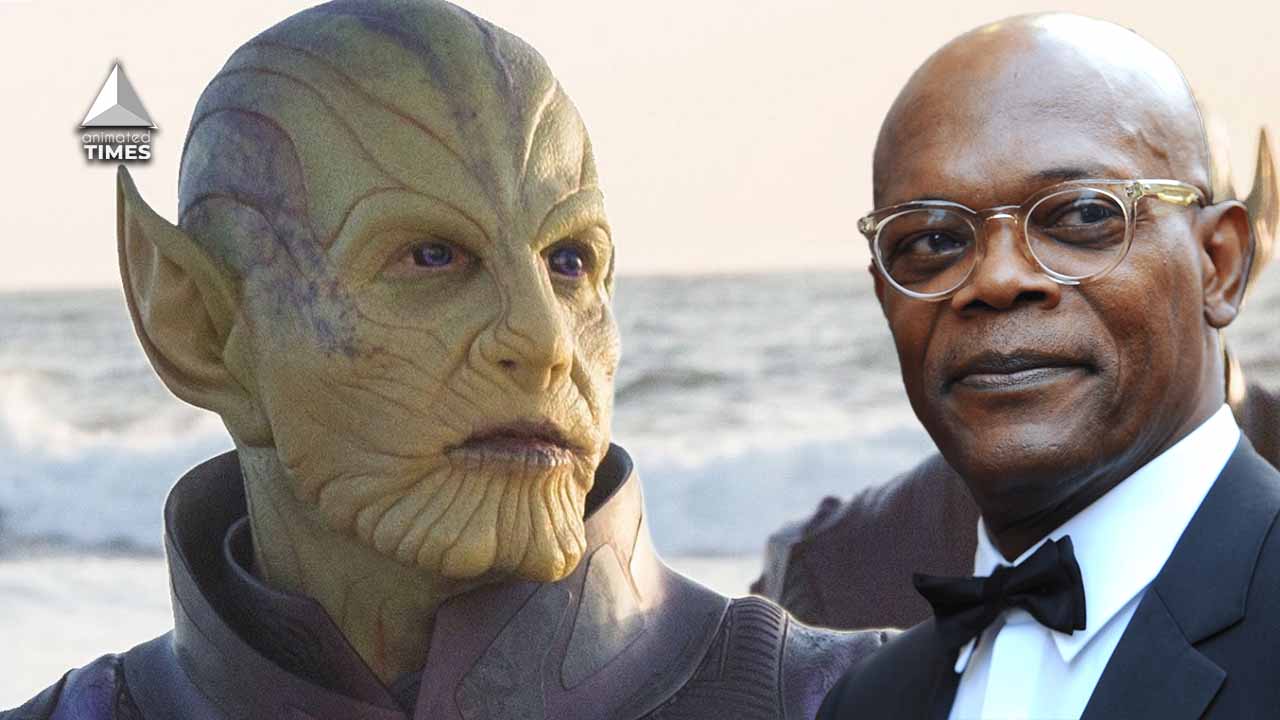 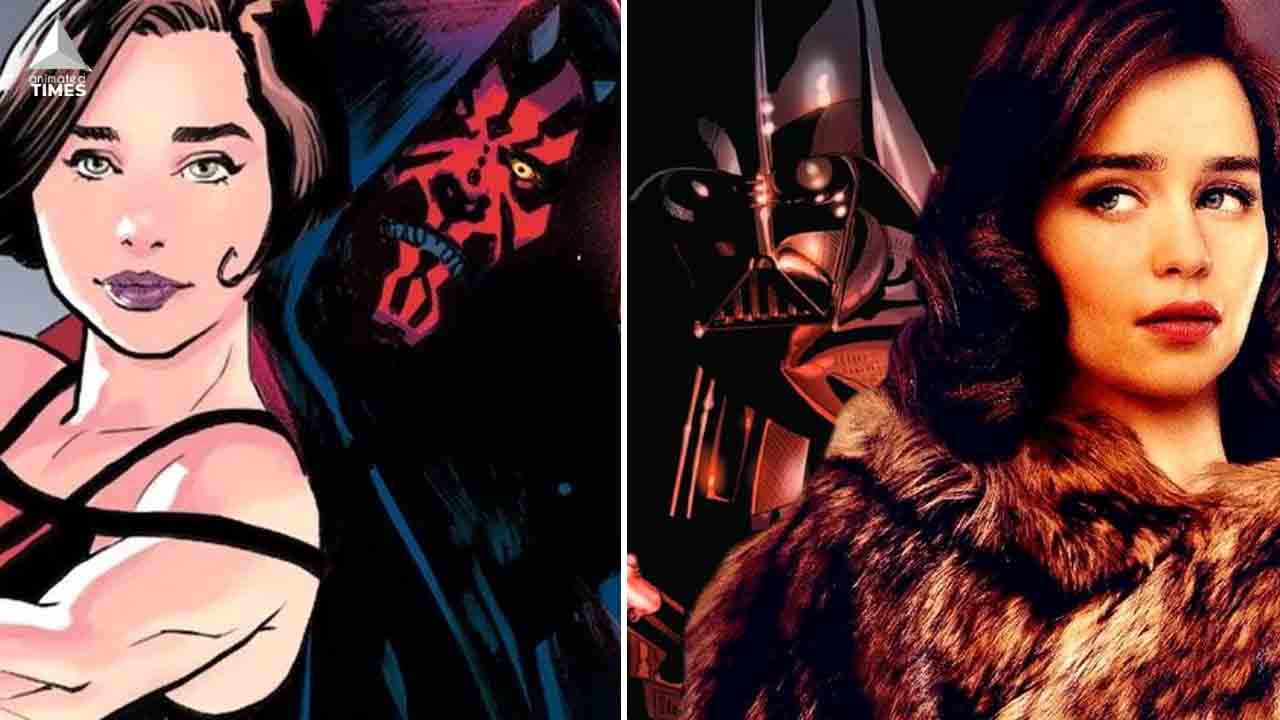 Read More
Solo: A Star wars Story nay have been a dud of epic proportions. But facts and trivia based… 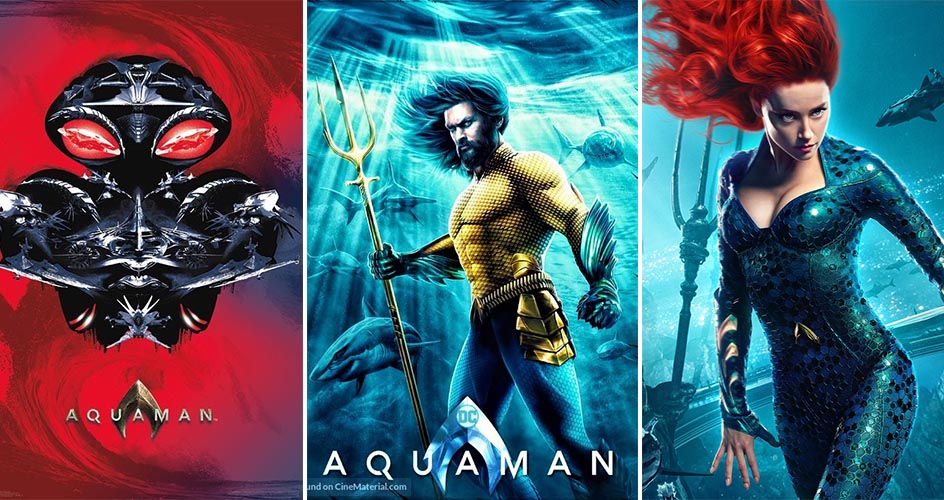 Read More
Aquaman definitely turned out to be a good decision for DC. It started earning appreciation as soon as… 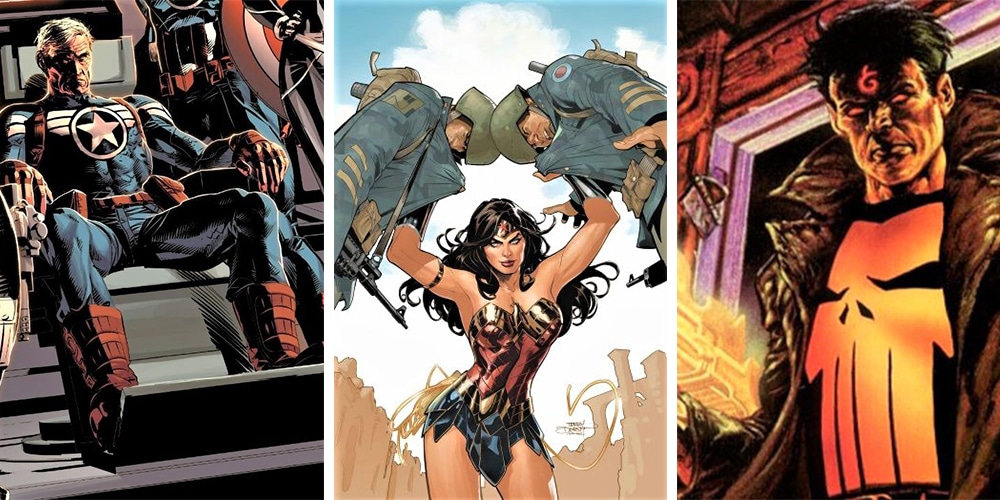