If you are an MCU fan but have always limited yourself to Marvel movies and tv shows, you would only know about the healing factors on Wolverine and Deadpool. But the ultimate healing factor is with the little-known Mister Immortal the leader of the Great Lake Avengers. Introduced by Josh Byrne as a part of a joke, the future creators have given the character a backstory, a dark past, and revealing that his healing factor is tied to the fabric of space of time itself. 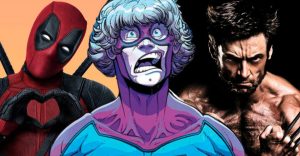 Josh Byrne took over writing West Coast Avengers from issue #46 in 1989. The writer and creator inaugurated the character along with his Avengers team. The team was called the Great Lake Avengers and Mister Immortal was the team leader. The team consists of several members namely, reptilian Dinah Soar, the size-altering Bertha, Flatman, and Doorman. Most of the time the team was considered as a joke in the further issues.

The Great Lake Avengers caught the attention of Hawkeye. He found that the team needed guidance and training, so he took it upon himself to train them. In subsequent issues, you will find the team making appearances. They also recruited Squirrel Girl as part of their team. Again, the team was always played for laughs in the comic book. But the ardent followers of the comic book issues got to know about the team and the true, hidden power of the team leader. They also get to know that destiny has some bigger plans for this lesser-known superhero.

Mister Immortal aka Craig Hollis has an interesting back story. He is a mutant, sort of. In the evolutionary aspect, he is the last living member of Homo Supreme. They are above Homo Sapiens and beyond Homo Superior. At one time, he tried to commit suicide and that’s when he found out his superpower of healing quickly. And that’s how he would become Mister Immortal and form the Great Lake Avengers.

But as new issues of the comic book were released, the writers added supernatural aspects to this Marvel character. They gave him a back story where it was said that Mister Immortal lives under Deathurge’s patronage. Deathurge is known to put him in deadly stunts but always protected him. Further, it was revealed by Deathurge in Immortal Hulk #24 that Mister Immortal will be the last living being and would see the end of time. And the readers would see Mister Immortal at the end of the universe, but he would be dead by the time. Later it was revealed by the human embodiment of Eight Cosmos that Franklin Richards will be the last living being and Mister Immortal was just a backup. 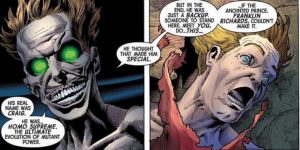 Mister Immortal’s healing superpowers are the ultimate healing factor, superior that Deadpool and Wolverine. After all, he is protected by the universe itself.