The Spiderman comics have packed adventure and thrill since time immemorial. Be it the initial days of Peter becoming Spiderman, or his fights with Venom and Dr. Octopus, Spiderman comics have always set a bar for their Marvel counterparts. Instances like Professor Osborn turning into the fearsome Green Goblin have been etched in the minds of the kids who read the Spidey comics back in the golden period. With the Marvel Cinematic Universe taking off, the demand of the comics is also at an all-time high! Writers have started introducing various new angles, which prove that Peter Parker is more of a human than a Spider. 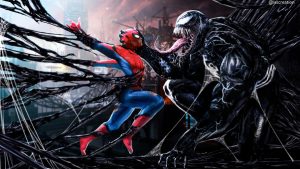 February is the month of love. Valentines’ Day gives out a lot of content to the entertainment industry. So, this time the Spidey writers decided to write something similar to that. In a never before seen sequence, we see Peter Parker in a middle road between Gwen Stacy and Mary Jane. Both of them have a crush on our friendly neighborhood superhero who is passed out in an alley after a fight with Vulture. That is the current status of Spiderman! But the scene is quite different at the Daily Bugle office. Both Mary Jane and Gwen Stacy are getting ready for something which none of us would expect! Both of them are getting ready for a date with Spidey! 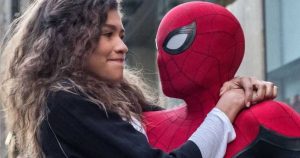 For Marvel fans, it is nothing new that Mary Jane and Gwen Stacy have gone head over heels for Peter. But this time, the situation gets a little awkward when both of them meet and discuss Peter. Mary Jane sounds quite confident when she says that Peter is a scholar and likes to live in a very simple manner. She says that she expects to have a family with Peter one day. But Gwen Stacy is in complete contrast with her. Stacy says that Peter is someone who likes thrill and adventures. She believes both of them will go on reporting dangerous crimes, and that will give the adrenaline rush to their relationship! But little do we know what Spidey thinks? 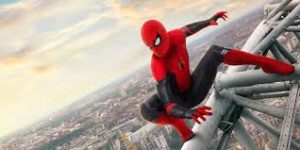 The new comic script has been written and sketched by Darwyn Cooke and J. Bone. Both of them have successfully introduced the cliffhangers, which leave the audience, questioning the whereabouts of Spiderman. Who will Peter choose? That is the question; the Marvel fan base wants to know an answer to!