The gaming world has reached new heights. Latest Gaming consoles like PS5 and Xbox Series X are coming to markets this year. So, entertainment companies have to release new and updated games to customers.

Warner Bros. Interactive Entertainment and NetherRealm Studios have released the announcement trailer for the Mortal Kombat 11 extension. The trailer details many new contents in the upcoming game.

The new expansion of MK11, Mortal Kombat 11: Aftermath, continues the storyline from the events in MK11. In the plot, Liu Kang and Raiden are in the process of restarting history. But to do that, they have to ally with Shang Tsung, who is an unreliable sorcerer and shapeshifter.

NetherRealm Studios gives a briefing to the game saying, “Fire God Liu Kang, the new keeper of time and protector of Earthrealm, must now enlist the help of unlikely allies and familiar foes to forge a new history as the fate of two worlds hang in the balance”

Aftermath brings new characters to roleplay and fight. These characters include the four-armed half-dragon queen, Sheeva; the “god of wind” and Earthrealm protector, Fujin.

Moreover, RoboCop will be the new guest character. Also, three new skin packs will come in the Aftermath. Aftermath brings back both Friendships(non-violent comical finishers) and stage fatalities. Ed Boon, the creator of Mortal Kombat, tweeted a video of the new friendship move of Sub Zero after the announcement. 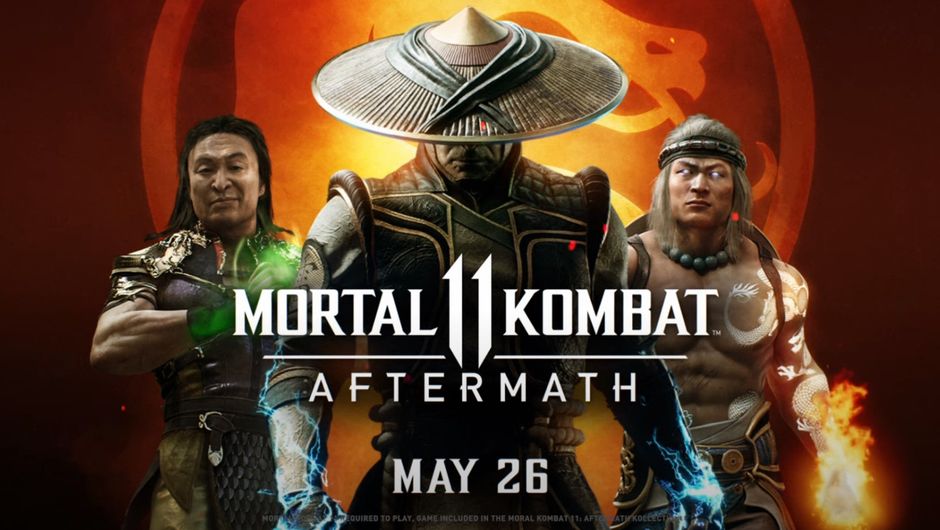 Also, the physical version of the game will be available in June only in the Americas. There are also three new skins for gamers who pre-order the Aftermath. The schedule for release is May 26, for PS4, Xbox One, PC, Nintendo Switch, and Google Stadia.

‘People wouldn’t stand in my line because I was black’: Stranger Things Star And Miles Morales Casting Frontrunner Caleb McLaughlin Breaks Silence On Racism From Fans

“She has the opportunity to really blow us away”: Dr. Dre Lends Support to Rihanna Ahead of Headlining Super Bowl 2023 Amidst Criticism Of Being Invested Too Much Into Beauty Products Instead Of Music

“It created a distance between him and Nicole”: Tom Cruise Nearly Left Scientology For Ex-Wife Nicole Kidman, Left The Church Gasping For Their Most Famous Celebrity Before Getting Indoctrinated Again