Scarlett Johansson’s standalone Black Widow film has been in the news since some time now. However, a possible synopsis for the film has surfaced online, thanks to subscription-based production tracking website, Production Weekly.

The Black Widow film will be set before 2012’s The Avengers and the plot of the film will take place somewhere in 2006, a couple of years before Iron Man debuted in the MCU.

“At birth, the Black Widow (aka Natasha Romanova) is given to the KGB, which grooms her to become its ultimate operative. When the U.S.S.R. breaks up, the government tries to kill her as the action movies to present-day New York, where she is a freelance operative. The standalone film will find Romanoff living in the United States 15 years after the fall of the Soviet Union.”

This synopsis was shared by a Black Widow fan. The project is being directed by Cate Shortland and written by Jac Schaeffer. Black Widow will also be the first MCU film to be directed by a solo female director. Johannson has played the character since 2010’s Iron Man 2 and has since reprised the role in five films including The Avengers, The Winter Soldier, Age of Ultron, Civil War and Infinity War.

She returned as the member of “Secret Avengers” in Infinity War, headed by Captain America. After seeing her in a dyed blonde look in Infinity War, fans are now expecting to see her in a more classic look with red hair in the upcoming Avengers 4.

The next film will see a “hardened” side of Natasha Romanoff and Steve Rogers post the events of Infinity War.

“In Winter Soldier, what we found so compelling about pairing [Black Widow] up with Captain America was that he is a service paragon of morality and she is a paragon of grey,” director Joe Russo told Wired.

“But they’ve grown together and I think when you find them in [Infinity War] and they’ve been the Secret Avengers for two years because they’re being hunted by Ross and the government, they’re like a tight-knit family now — her, Sam Wilson, and Steve Rogers. You can’t go on the run without it affecting you emotionally, so I think all of those characters — specifically the ones who survived Infinity War, Cap and Natasha — you will see them with a much much harder edge,” Russo said.

Black Widow Will release some time in 2020. 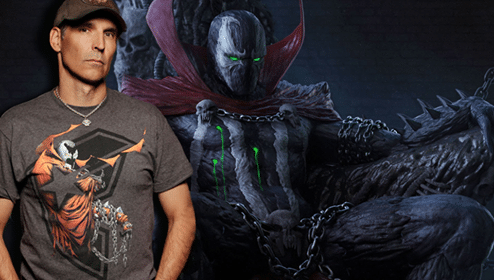