The world of Naruto is a world where Ninjas are trained to harness the power of Chakra. This miraculous life force energy allows a Shinobi to affect the physical and mental realms, creating illusions and accessing the power of mother Nature. While there are several powerful such techniques called Jutsus in Naruto, there are some really insane facts about the truly formidable Kinjutsus or Forbidden Justus that don’t make any sense!!

Earth Grudge Fear – Turns You Into an Immortal Rag-Doll

Kakuza is older than you could imagine. He was once hired to assassinate Hashirama Senju, the First Hokage of the Hidden Leaf Village. 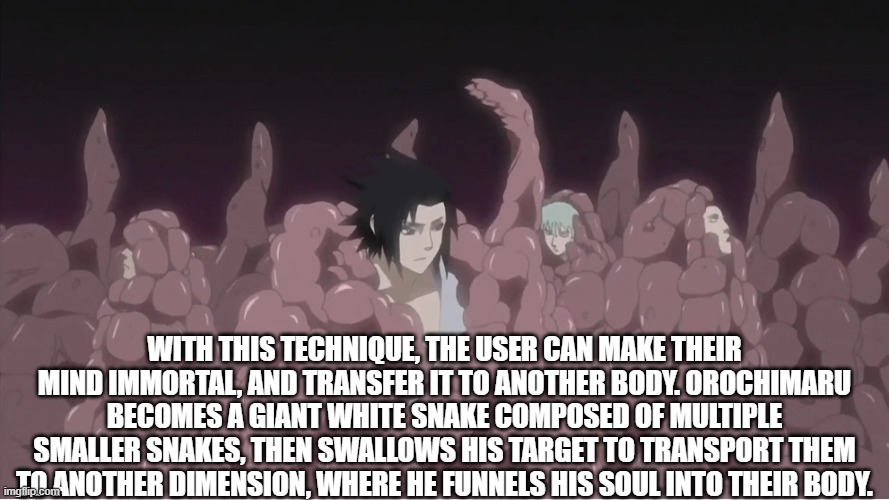 You are literally swallowed into the belly of a giant snake which is itself made up of millions of smaller snakes. How gross is that. Orochimaru has done terrible sacrifices to stay immortal. 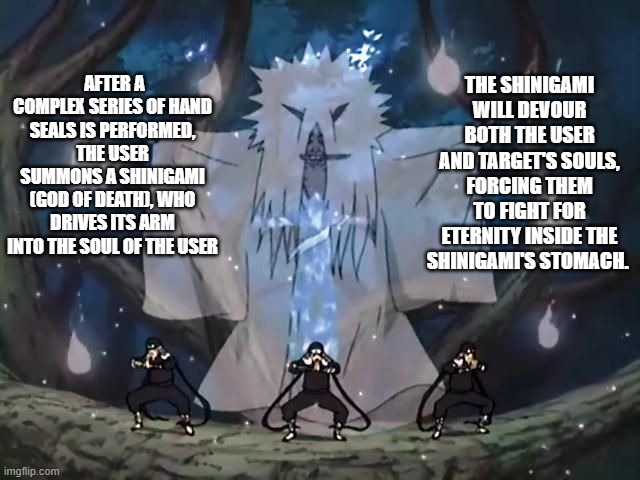 This is used as a last resort. It is also one of the most powerful sealing techniques ever. It holds the power to take down even a tailed beast.

The Cursed Seal Technique – Allows Orochimaru Control Over Others 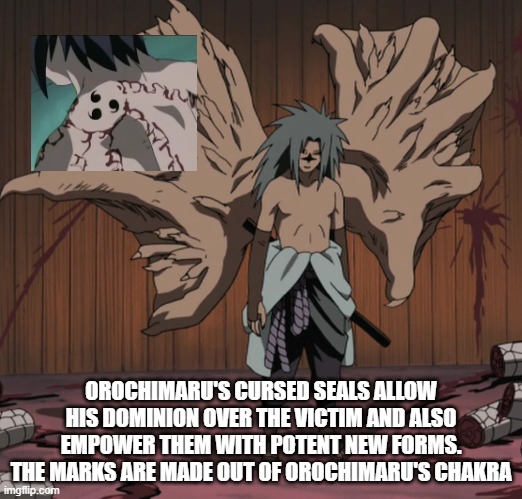 The Cursed Seals of Heaven and Earth were designed by Orochimaru using his Senjutsu Chakra. Overusing this technique may lead to an almost certain death since it puts tremendous strain on the human body.

The personalities of the deceased humans absorbed into one’s body via this technique can overwhelm a user, making this technique a double edged sword.

Jar of Poison – Creates the World’s Most Powerful Poison 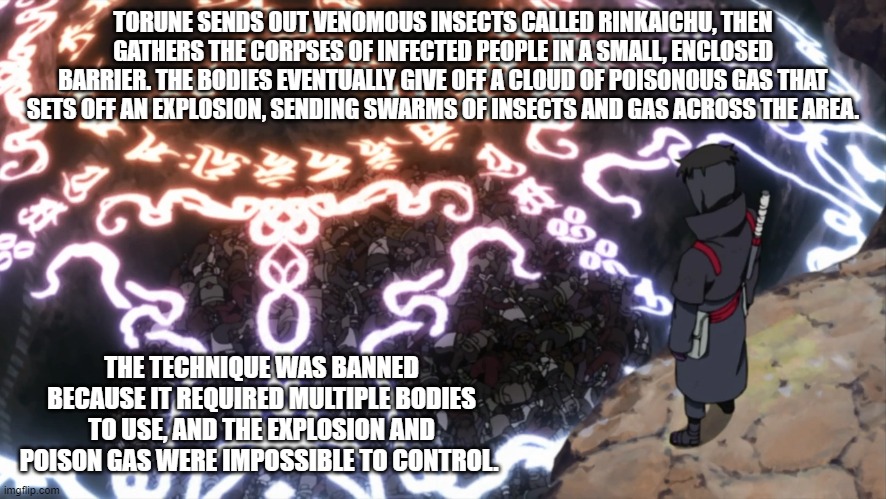 The poison cloud created can decimate entire armies of enemy soldiers. There’s a reason why even the un-dead Torune was reluactant on using it.

Fury – Has the Power of a Nuclear Bomb 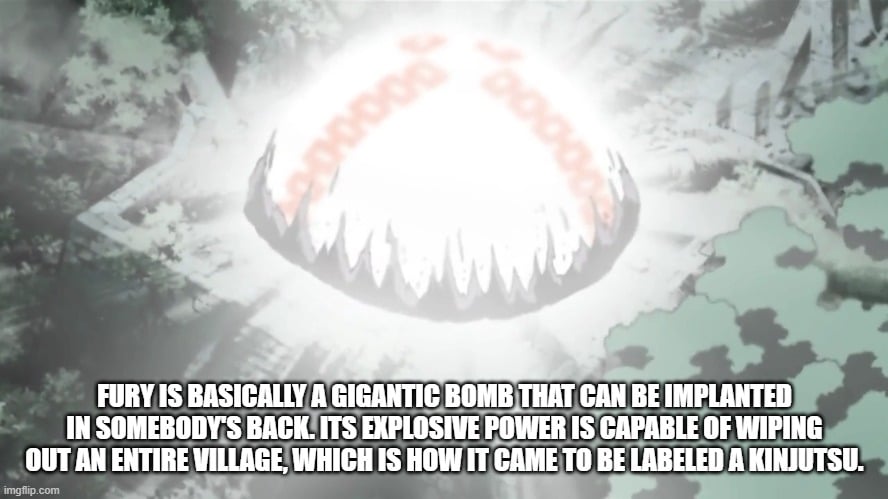 The Justu is carried on the user’s back. It is extremely powerful and is sought after by many enemy villages. 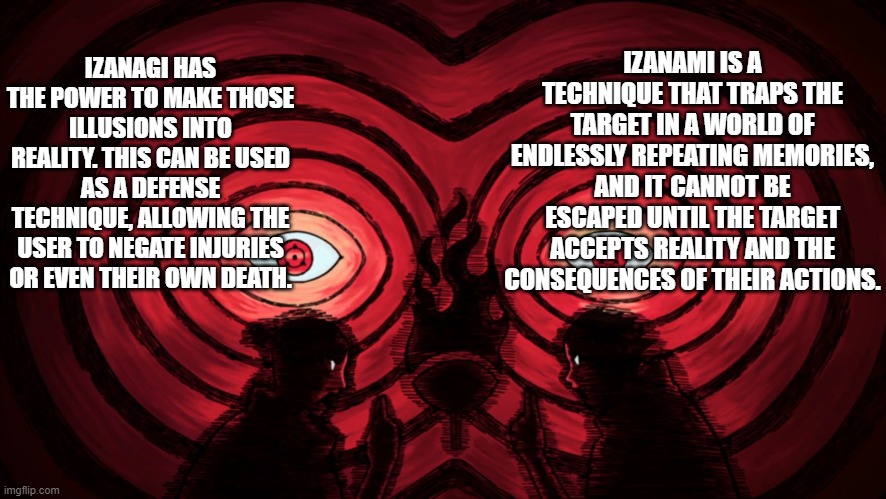 Coincidentally Izanami was created to counter a user’s addiction and reliance on the Izanagi technique. Both have the power to bend reality to the user’s will. 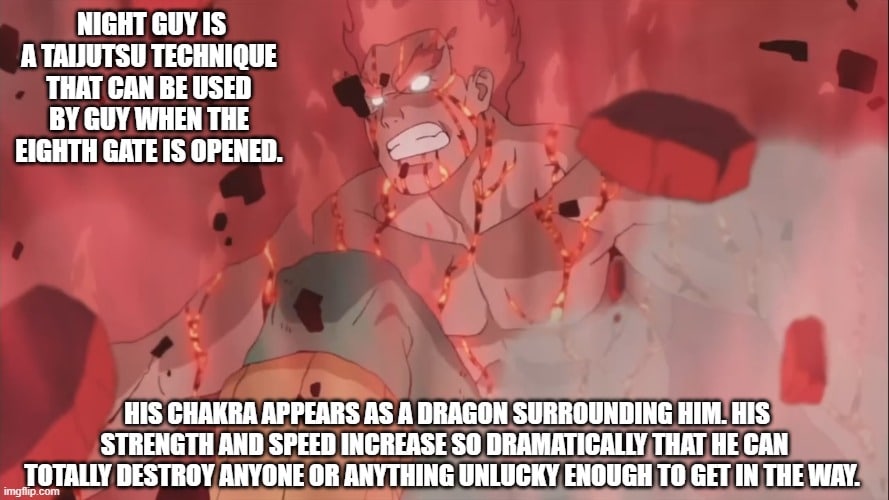 While the technique permanently damages your body, the temporary power boost makes Might Guy stronger than any Ninja in the world of Naruto. 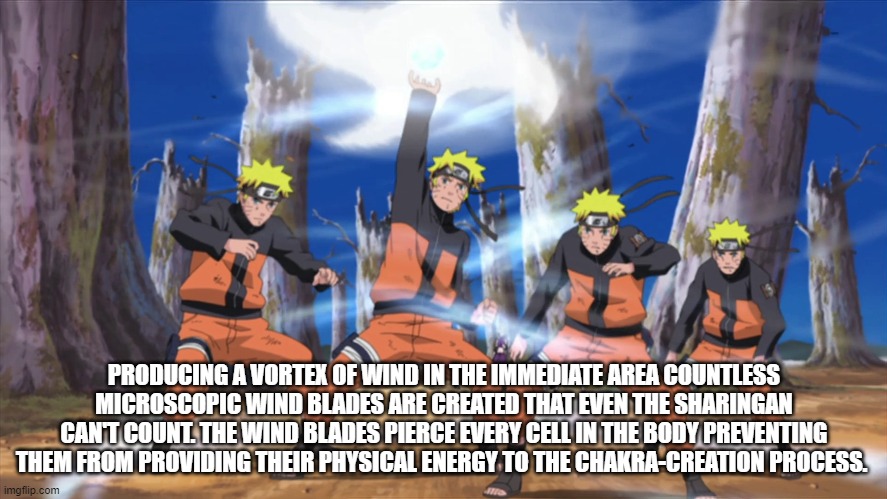 The Chakra Needles deal permanent damage to an enemy, shutting down his chakra pathway system forever. Even the user has to deal with the same threat since he has to hold the Rasenshuriken in his hands. 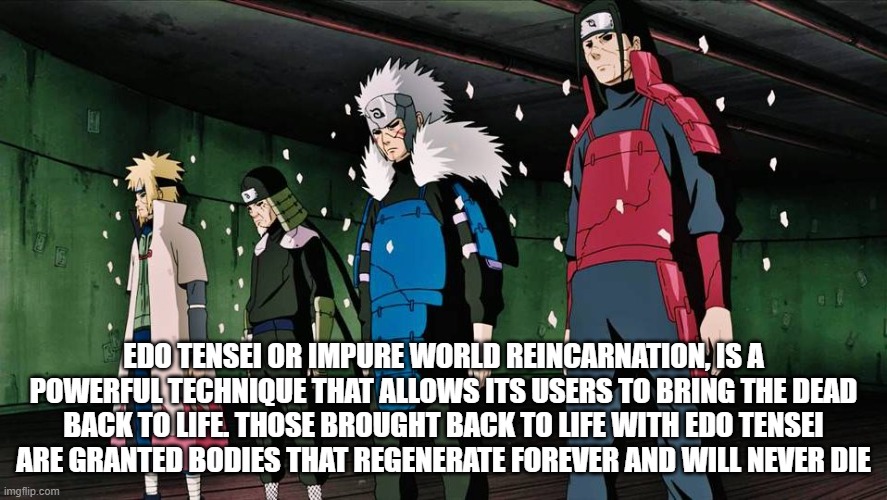 Edo Tensei reanimated corpses will never get tired or injured and do not feel pain. They can keep on fighting forever. The only methods of stopping them are if they are either sealed or the corpses themselves admit defeat. 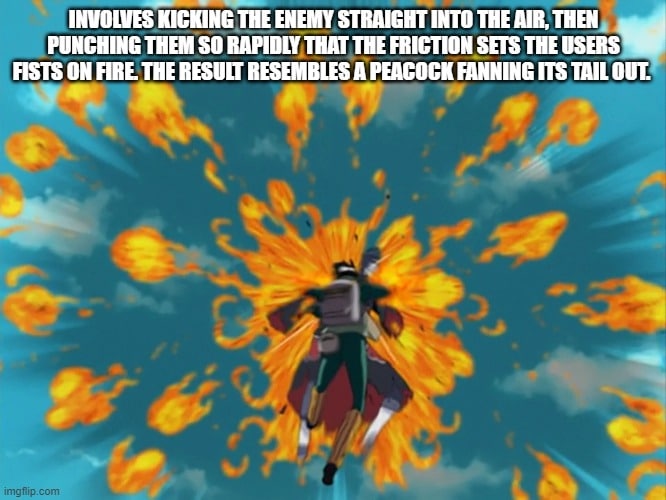 The Morning Peacock is one of the strongest jutsus in Might Guy’s arsenal. He has to open his sixth gate for this Taijutsu ability. The Jutsu puts a massive amount of strain on the user’s body.