You think you know everything there is to know about Naruto Uzumaki. But this sprawling Manga and anime has many hidden details we bet you never even knew until today.

His Nickname Is A Reference To His Parents 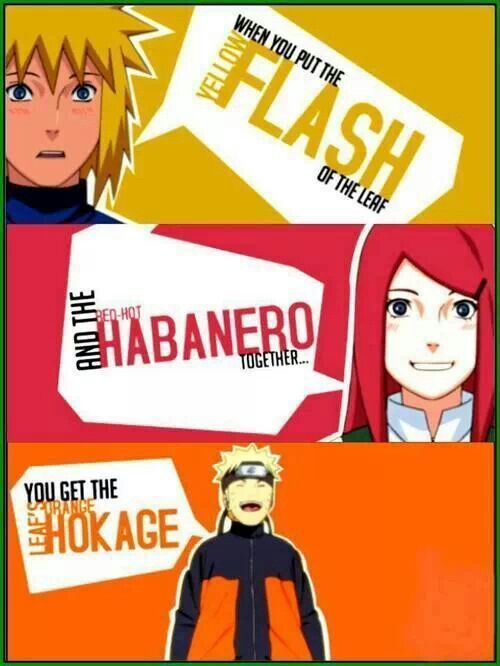 After Naruto became the Hokage, he started calling himself the Orange Hokage. While some would mistake this name as a reference to his orange outfit, that’s not entirely the case. Naruto’s father Minato was called the Yellow Flash because he was so fast his blond hair made him look like a blur. Naruto’s mother Kushina has red hair. When red and yellow merge, they form the color Orange. That was the reason of the Orange Hokage moniker. It was not a fluke he started calling himself that.

Kishimoto’s Wife wanted Naruto To End Up With Sakura 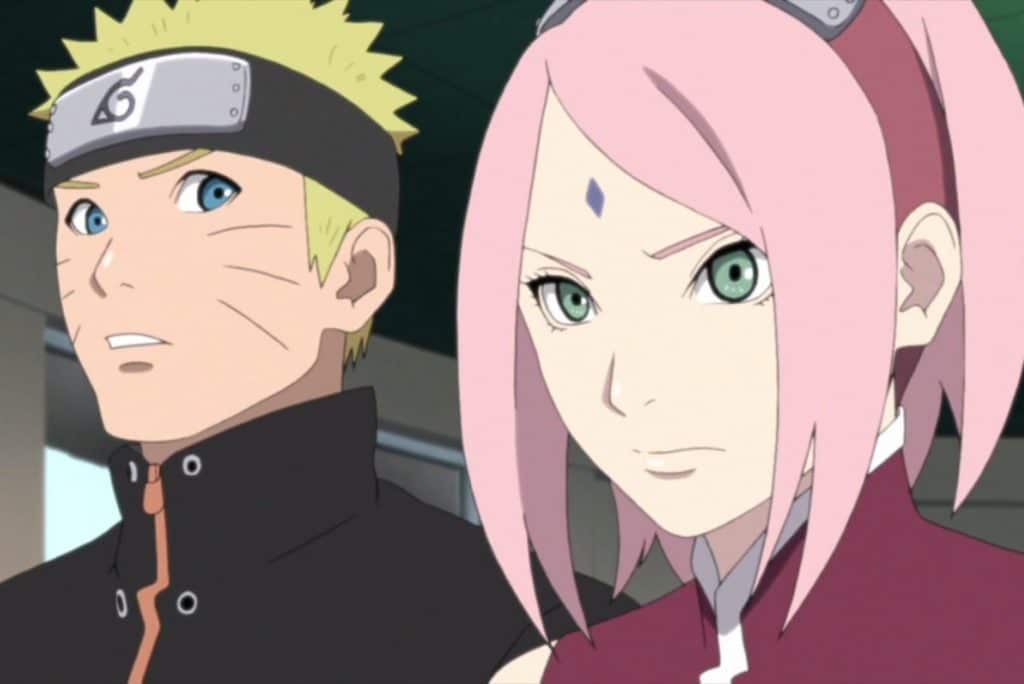 Sakura is a very hot-blooded and strong-willed person. She got those traits because Kishimoto modeled Sakura after his wife. In the 2015 New York Comic Con where Kishimoto was an honorary guest, he revealed something startling. Kishimoto’s wife was not happy when it was shown that Naruto had fallen for Hinata in The Last: Naruto The Movie. She truly believed that Naruto and Sakura would end up together. Masashi Kishimoto tried explaining to her by saying that he modeled Hinata after her as well. But the damage was done.

Not The Last Uzumaki 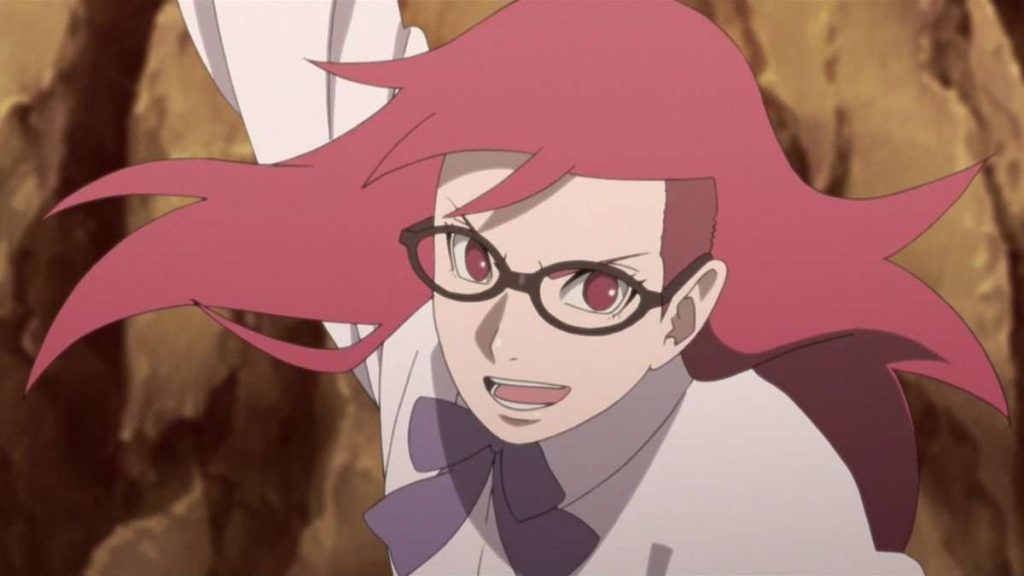 Growing up, Naruto had no family. His parents Minato and Kushina sacrificed themselves to save him and the village from the wrath of Kurama. Without a clan to fall back to, Naruto lived most of his life alone in a single room. But it’s not like he was the last of his bloodline. The Uzumaki clan was not lost to time. There were still many descendants of the Uzumaki bloodline in Naruto. Naruto and Tsunade are distant relatives of the same bloodline. It was because of inter-marrying between the two clans ages ago. Nagato and Karin are also from the Uzumaki Clan. Both have red hair and an exceeding amount of Chakra. 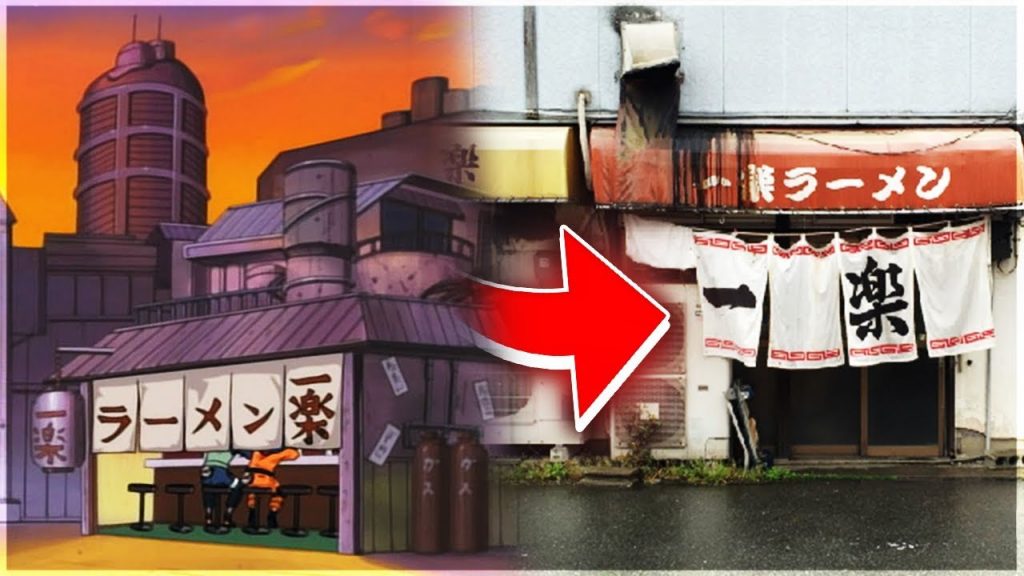 Naruto’s love for Ichiraku Ramen predates everything, even his love for his Ninja Way. But how many of you know that Masashi Kishimoto based the shop in a real life outlet? Ichiraku Ramen is based on the real life Ichiraku, a ramen shop Kishimoto used to frequent during his university days in Kyushu. So if you ever visit Kyushu, check this shop out. Live the glory days of Naruto!!

Originally Was Supposed To Be Kurama’s Son 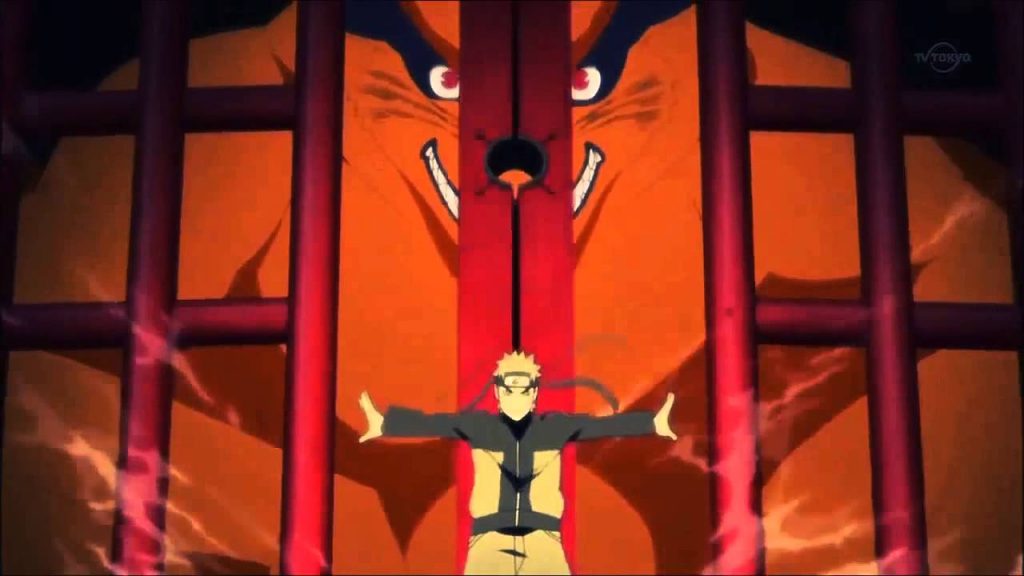 If you have seen Naruto, you know that Naruto has the power of the mightiest tailed beast inside him – the Nine Tailed Fox. whenever in need, the Nine Tailed Fox aka Kurama will channel his power into his body for an extra boost. Masashi Kishimoto originally wanted Naruto be the damned son of Kurama. He was planned to be his son, who became a pariah in the village after his father Kurama almost destroyed it years ago n a wild rampage. 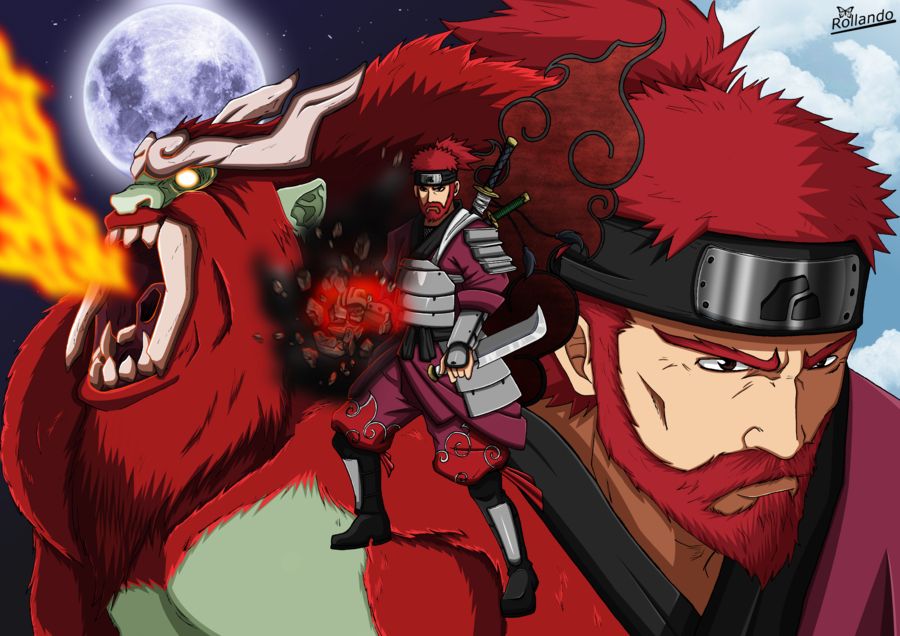 Dragon Ball Z is still the most popular anime of all time. It has broken numerous records. Goku is so famous he even became Japan’s official ambassador for the Tokyo Olympics. Masashi Kishimoto has gone on record to state that Naruto is heavily inspired by Dragon Ball Z. And he has referenced the legendary manga in his works too. The first was the Mask Of Chiaotzu being sold in a village fair. The next big references was the four tailed Jinchuriki. The human who was the Four Tailed Monkey’s host is named Roshi. The name of the Four Tailed Monkey is Son Goku.

Featured In A Live-Action Musical 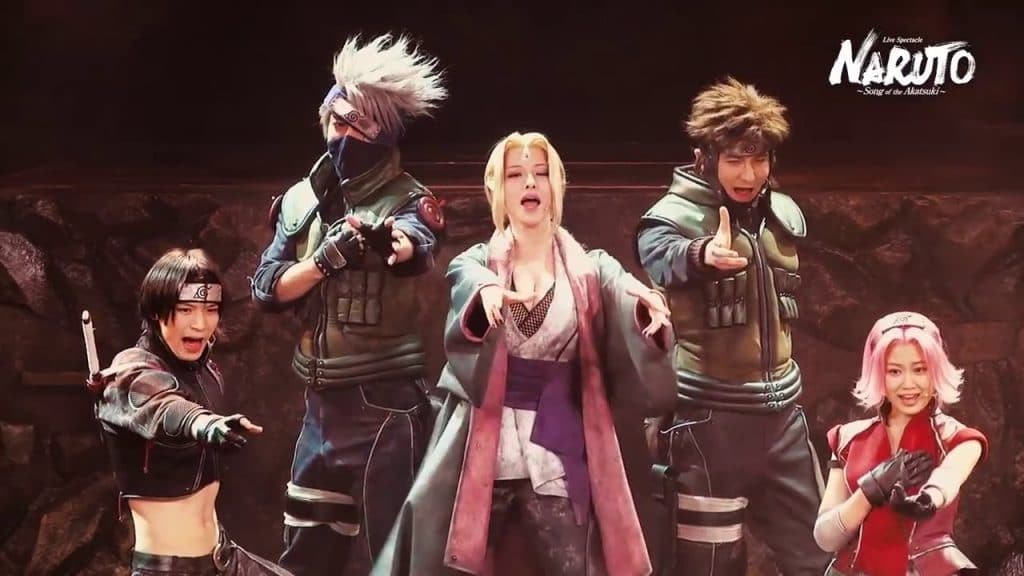 There is a formidable stereotype all over the world that the Japanese are technophiles. They consume entertainment in the most ultra-modern ways. Major consumer entertainment companies like Sony and Nintendo came out of Japan. So its only logical to believe that the Japanese are technophiles. Nothing could be further from the truth. The Japanese love theatres. They flock to theatres in massive numbers. Many popular franchises like HunterxHunter and Resident Evil have been given the Musical  Treatment. In 2015, a Live Action Naruto Musical hit the theatres. It featured the Wave Country and Chunin Exams arc.

Made An Appearance In One Piece 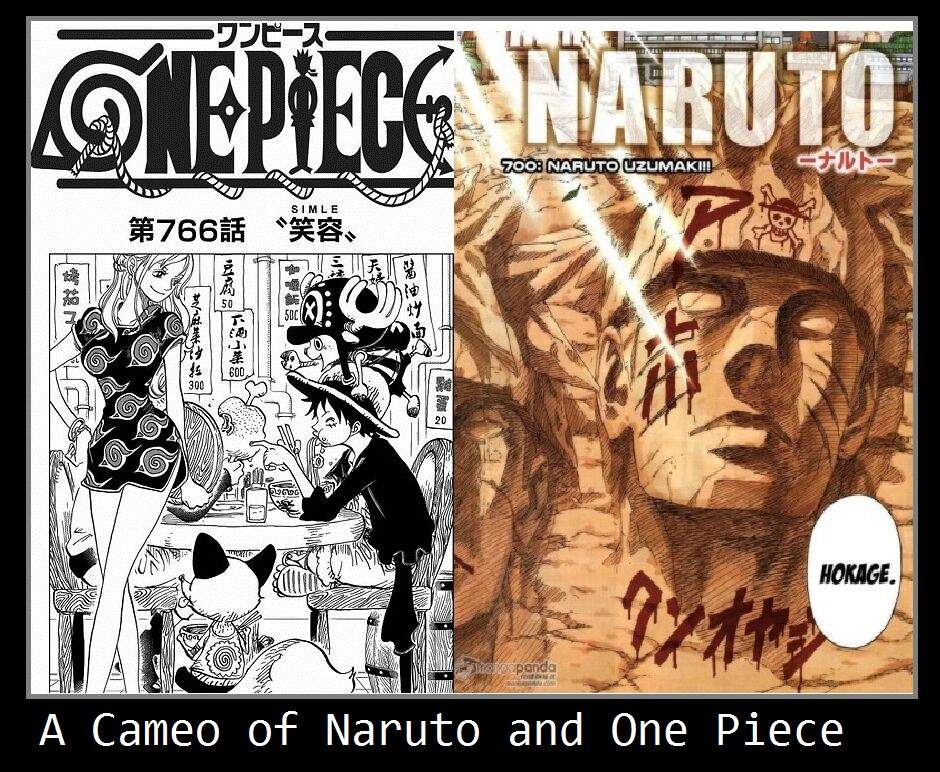 Naruto and One Piece are destined to be eternal rivals. Both are fan favorite manga with tons of amazing caracters and story arcs. One Piece enjoys a cult following in Japan while it is yet to make it big in the West. Naruto may not have as much fan following in Japan but trumps One Piece in international fame overseas. In 2014, when Naruto came to an end, Masashi Kishimoto drew Naruto’s son drawing the Straw Hat Pirate’s face on the Hokage monument overlooking the village.  That same week, Eiichiro Oda released a Manga issue which showed Naruto and Luffy having a drink together. Naruto’s face was covered by Nami’s outfit.

His Blood Type is B 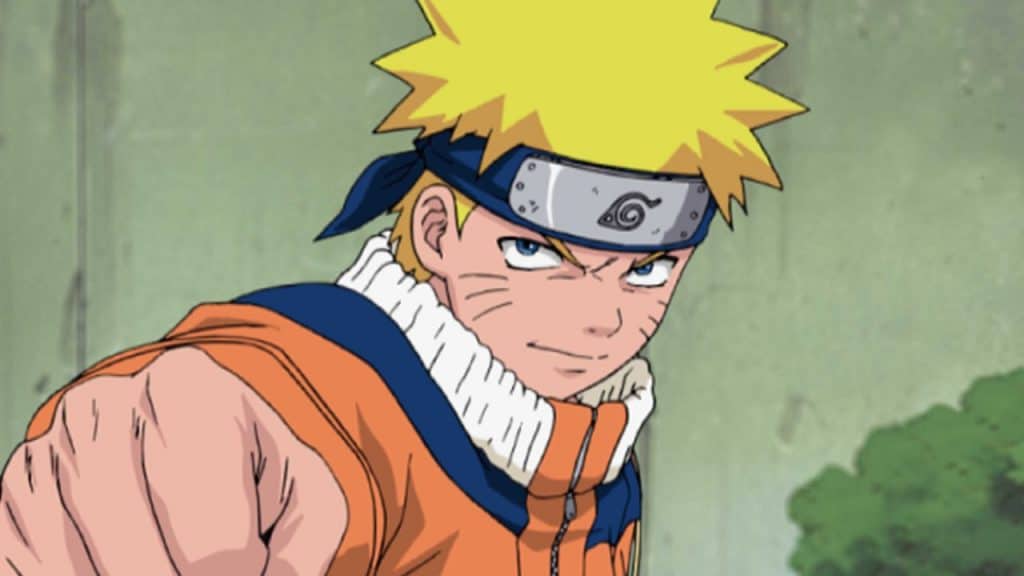 In Japan, people tend to usually associate blood types to specific personality traits. People with Type B Blood are selfish and impatient. They are also hard-working and creative. When Naruto was young and hot-blooded, he used to show the former personality traits. As he matured and became a better person and a seasoned ninja, he started being more creative and caring. The official Naruto Databook confirmed his blood type to be B.

Once Used To Wear Goggles 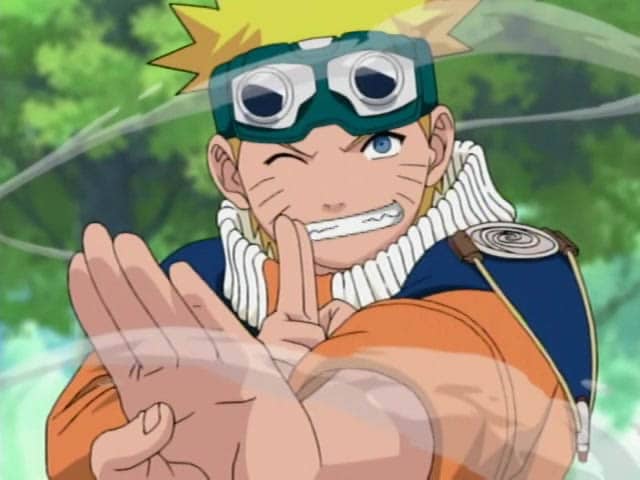 When Kishimoto started drawing Naruto, he originally made him wear a pair of pilot goggles. It looked cool and added a tinge of character and uniqueness to Naruto. But with time, Kishimoto found that the goggles were too time consuming to draw. So to help him draw the pages faster, he phased out the goggles for a head-band once Naruto became a Genin. It as an instance of practical genius.

A Live Action Movie Is In The Making 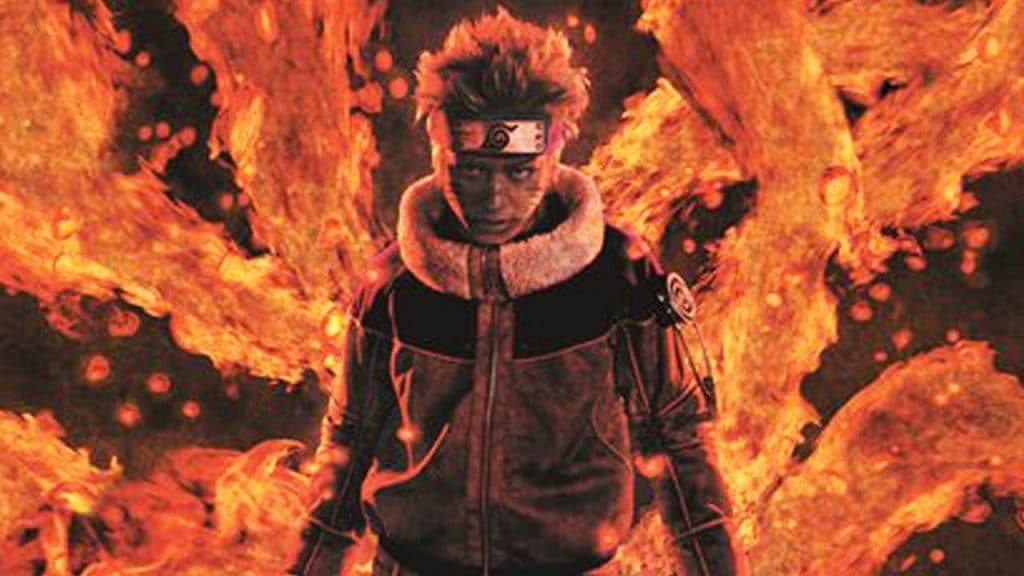 The Naruto Live Action movie is being made under the Lionsgate banner. Michael Gracey, who directed The Greatest Showman, has been roped in to direct the movie. Masashi Kishimoto is also working from behind the scenes for the project. The movie is still in early development and is yet to enter into production. But its reassuring to know that Naruto is getting the proper Hollywood treatment. Previous live action flicks of Death Note and Ghost In The Shell were mired in controversies. Let’s hope Naruto does not end up there.