Anime lovers are passionate towards the series they watch. They are definitely spoilt for choices with the constant releases of so many animes and considering the amount of creative and innovative content available to everyone so easily. This has often led to “wars” aka online debates which turn into heated arguments among the fans supporting their favorite series.
Shonen Jump is a weekly manga published under the Jump line magazines. Two famous of these animes are Naruto and One Piece. They have been most popular animes among the fans and as result there Naruto vs One Piece has been one of the greatest anime debates; both fanbases arguing which one is a greatest.
Here are the best memes we found that would sure make the fans pick one side!

1. Which Button To Press? 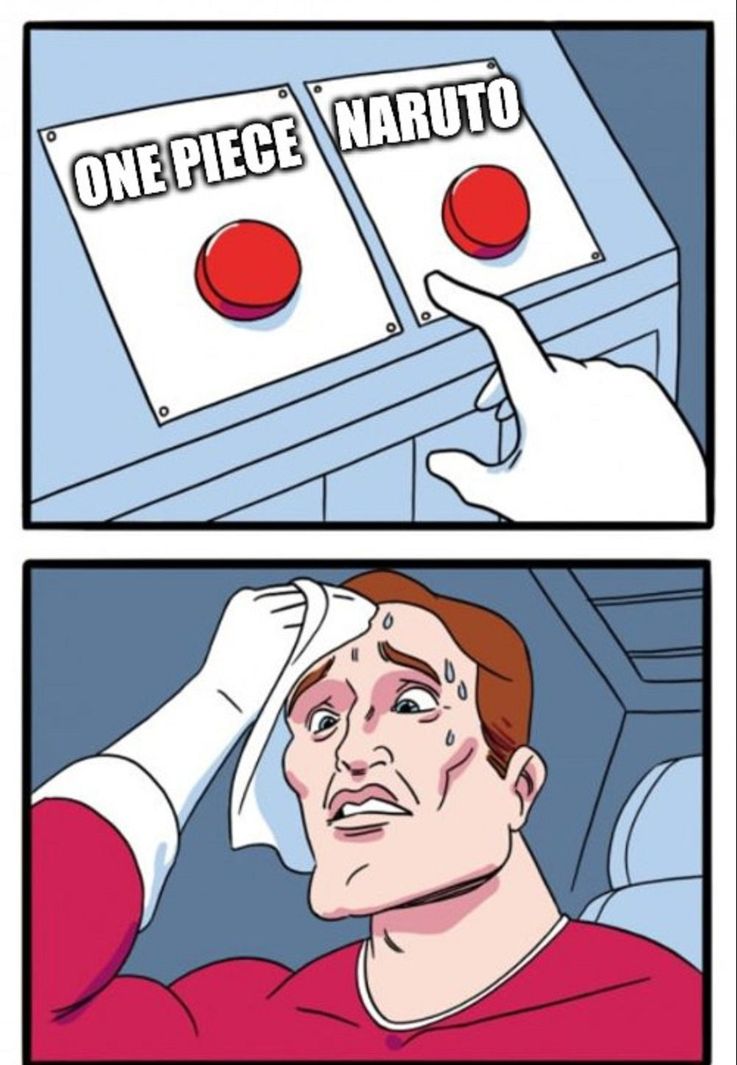 This is definitely a hard choice to make between these two. Both are based on adventure series; Naruto wants to become a Hokage while Luffy wants to become the Pirate King.
Pressing the Naruto button would make you enter a world of endless ramen, sexy Jutsus and lots of running ! Meanwhile pressing One Piece button would mean wearing Straw Hats, experiencing devil fruits and endless sea adventures and amazing fights! What would you choose?

2. How Were The Plots Of Naruto Decided…Or So We Think? 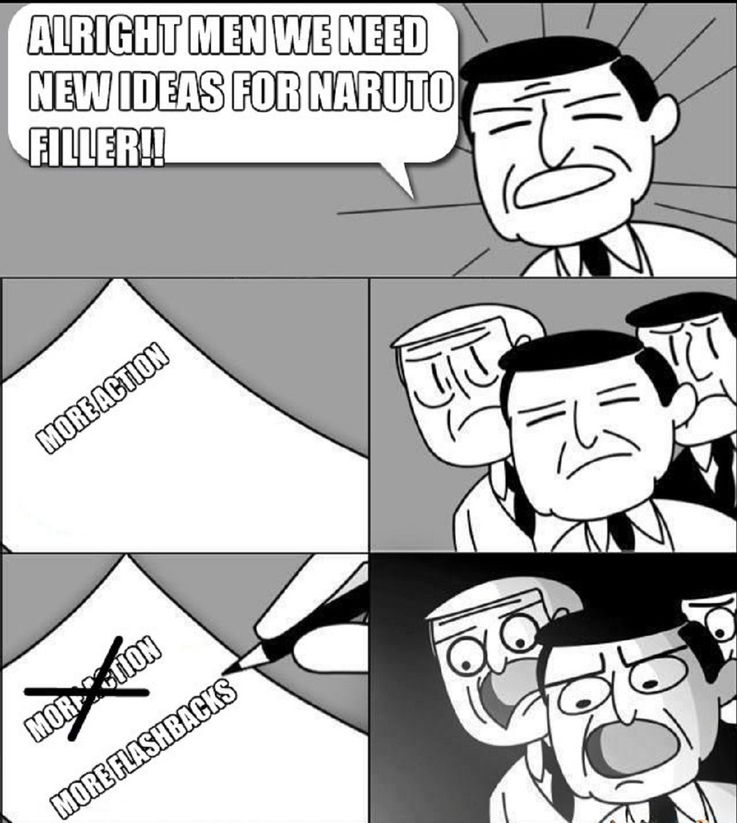 It was quite evident that the series had certain obsession with the initial episodes of Naruto. This was more evident during the Great Ninja War arc. This certainly had irritated the fans. We mean who would want to watch the same episodes over and over again especially when you are waiting for new ones with action.
At certain times the anime was running at the same par with the manga and it is understandable that the animators need content to extend the anime.
But sadly, the animators instead of putting in interesting fillers, kept showing the same flashbacks. Many hard core fans suggest to not watch a single filler; they hate them so much.

3. For The Love Of God, Please Watch One Piece! 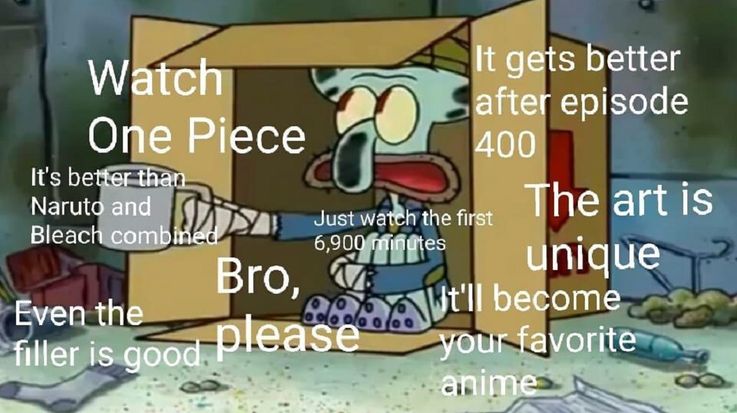 One Piece is a great series that could be enjoyed by many people but sadly it hasn’t been quite successful in the West. It has exceptionally run for a long time and could outlast many series out there. But the fans do not need to flex how big the anime is because none of us can avoid the fact. It has made people cry just over a ship (no we are not kidding)
Considering how big the anime is , it sure is huge mammoth of a task to make someone watch your favorite anime. 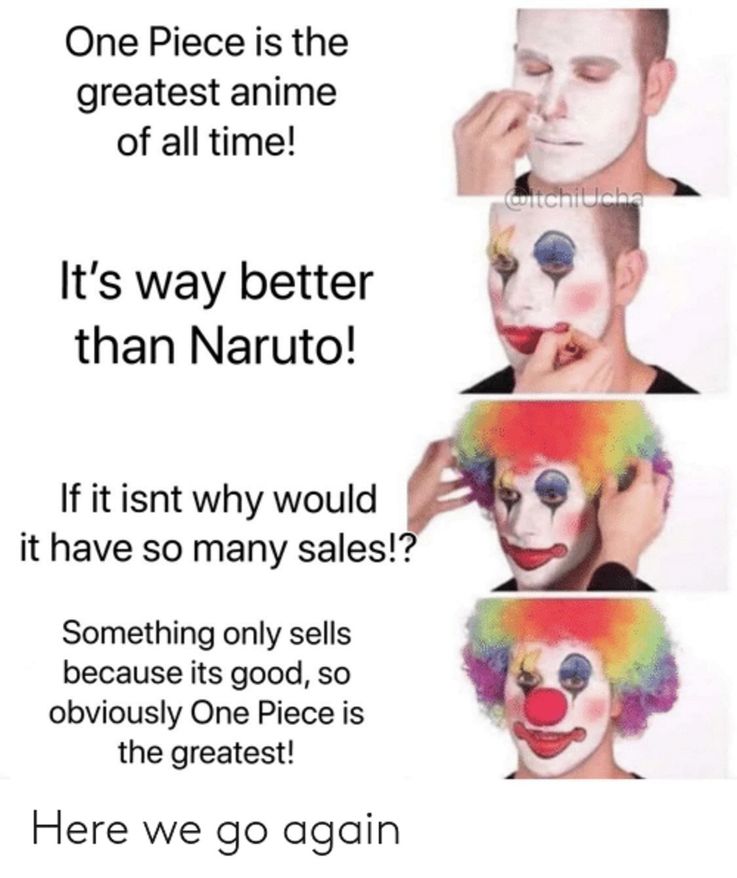 One Piece has surely has a lot of fans !  As a result these fans are always aware about all the things related to their favorite anime, due to which the fans always pull out the sales numbers and how long the series has run as their trump cards during the debates.
But is anyone of us really convinced to watch and love an anime just because of the money the creators have been making? That’s really absurd as that should not really be a standard requirement in order to love an anime ! 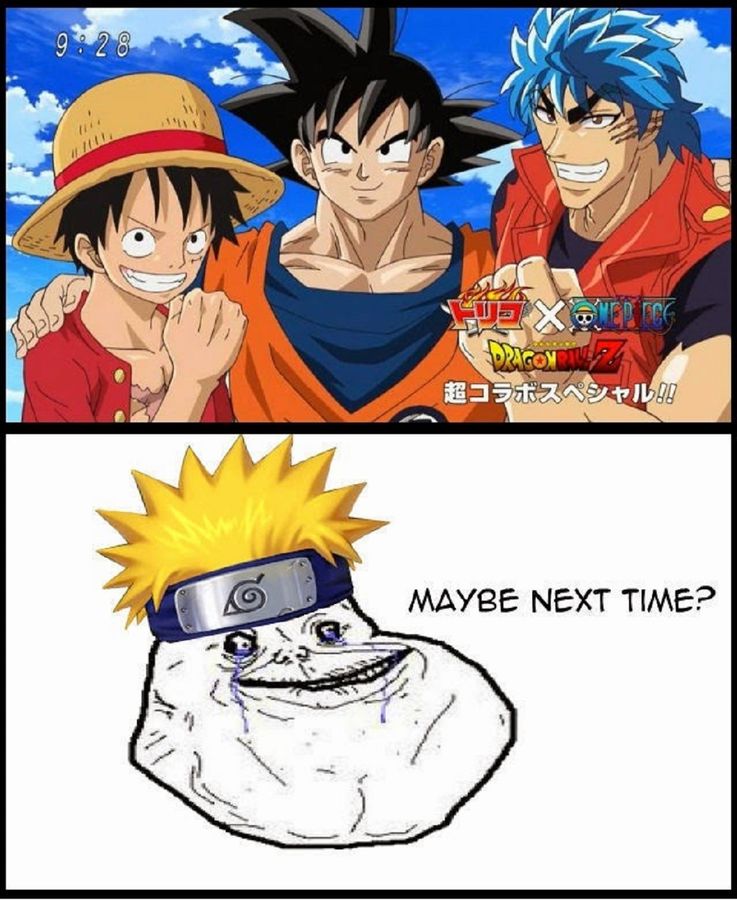 Fans really wanted Goku and Naruto to have a crossover and  have an eating competition in the orange suit. But sadly that hasn’t been possible for Naruto to get a chance to meet his Shonen mentor.
But the same cannot be said for Monkey D. Luffy who ended up having two crossover anime with Saiyan and even a crossover manga edition,
Luffy apart from getting a chance to eat alongside Goku even got a chance to fight him in an arena combat. So we can say the Luffy has had more time to spend with the GOAT of Shonen compared to Naruto. 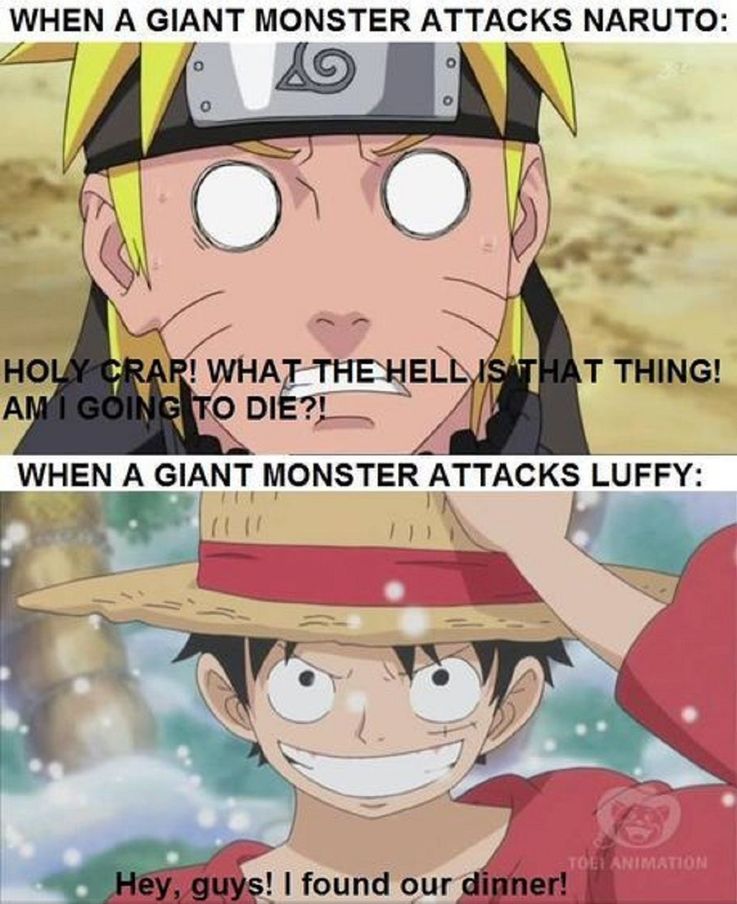 Lastly, the monsters of both the animes are totally different with different kind of powers. Naruto has more of ominous monsters related to Japanese Mythology while One Piece has more of giant fishes who are cross breeds of dogs, cats etc,
Of  course there is a danger while facing monsters; but on one hand while Naruto is always scared, Luffy cannot wait to defeat and eat it!
Both animes have their ups and downs! It is a tough choice.