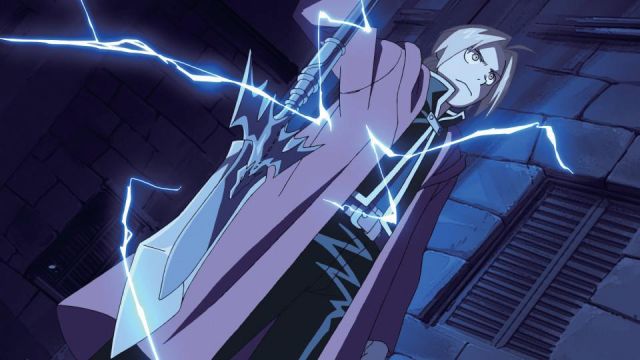 All of alchemy in Fullmetal Alchemist brotherhood is based on one simple rule – “The Law of Equivalent Exchange.” To achieve something, you must sacrifice something. because energy can neither be created nor destroyed. It can only be transformed from one state to another. So alchemy, despite popular belief, is not magic. It is a science that requires a painstaking amount of research and experiment to master. And this is why it happens to be at the bottom of this list. Alchemy has too many limitations and the amount of leg space it provides  never outweighs its obvious flaws. 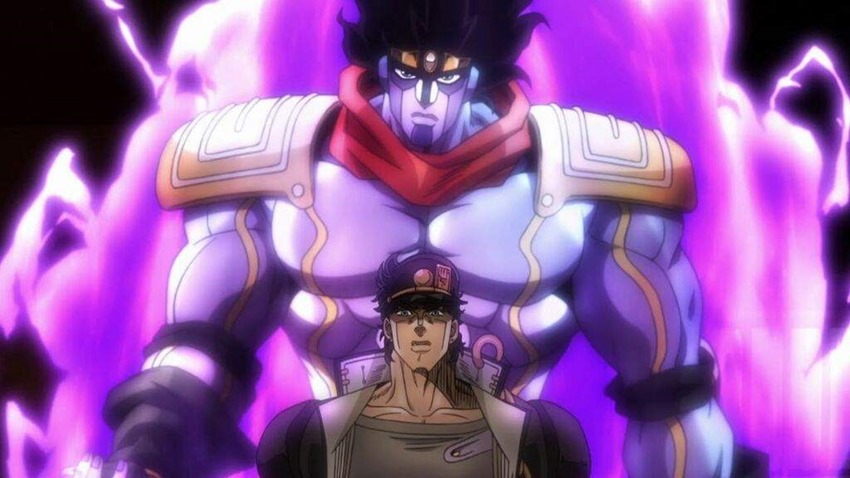 Stands in Jojo’s Bizarre Adventure are a truly a bizarre power system. it is quite difficult to understand for the anime viewers. Stands are manifestations of a person’s life essence. No two Stands could ever be the same. Each stand is unique and provides a different ability. Based on one’s Stand’s powers, a Stand user can increase his or her physical attributes like strength and speed. they can even affect probability, bringing them luck. There are also Stands that can manipulate time itself. A Stand user, no matter how weak, could take on another stronger Stand user because there is so much creative jurisdiction every Stand user enjoys. 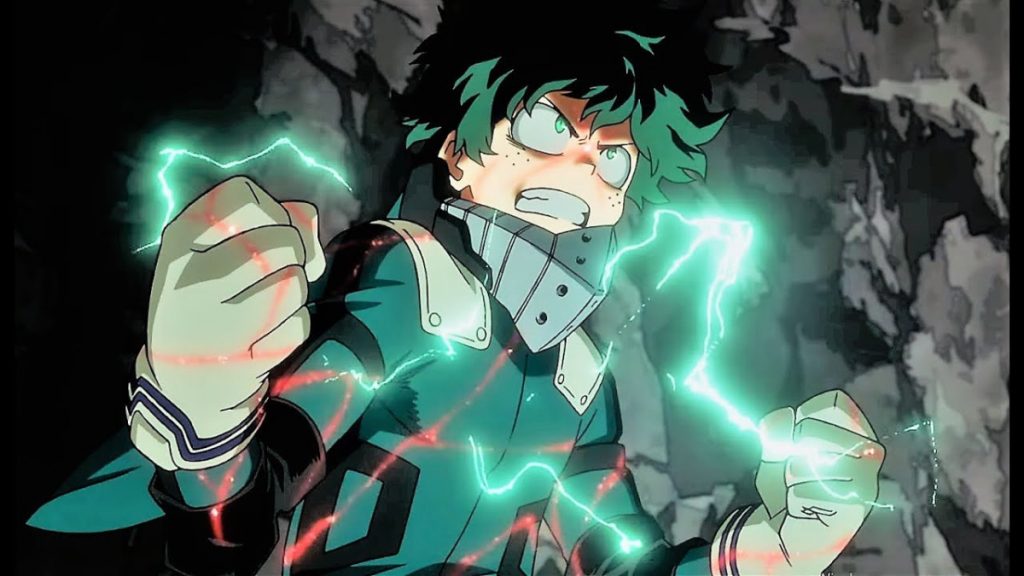 Quirks are the basic power system seen in My Hero academia. In My Hero Academia, every person in the world is born with a unique super power that unlocks when when they are four. Sometimes they are unlocked at birth. A quirk can be as useless as producing tape from your elbows and meatballs from your head to creating wormholes and powerful explosions. Quirks allow the user a very versatile range of movement in battle. They are also extremely creative in nature. This makes for some interesting moments in battle as seen in the anime. 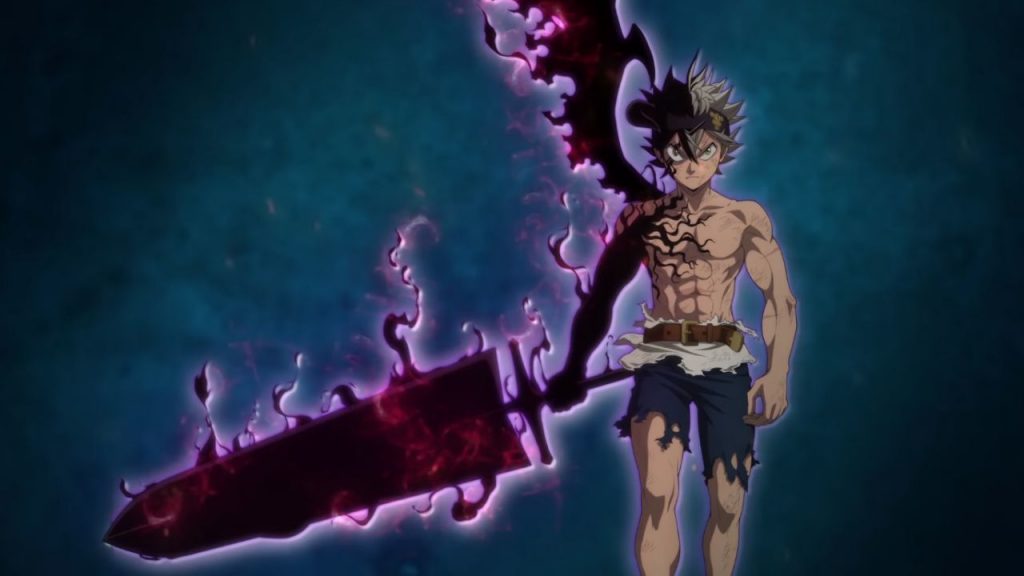 Black Clover may not be the most original of anime. It uses very traditional and tried and tested Shonen anime tropes to keep the plot running. But we have to say it gets an undeserving amount of hatred. Despite its obvious flaws, it has several unique elements that fans tend to overlook. Take for example its intricate magic based power system. Each person in the world of Black Clover is blessed with what is called a grimoire. This Grimoire is basically a portal that looks like a book. It can be used to unlock several magical abilities hidden within the user. In Black Clover, no matter where you come from, if you have the skills and the luck, your Grimoire will unlock powerful magical spells for you. So the only thing you need to become stronger is to train and push yourself. 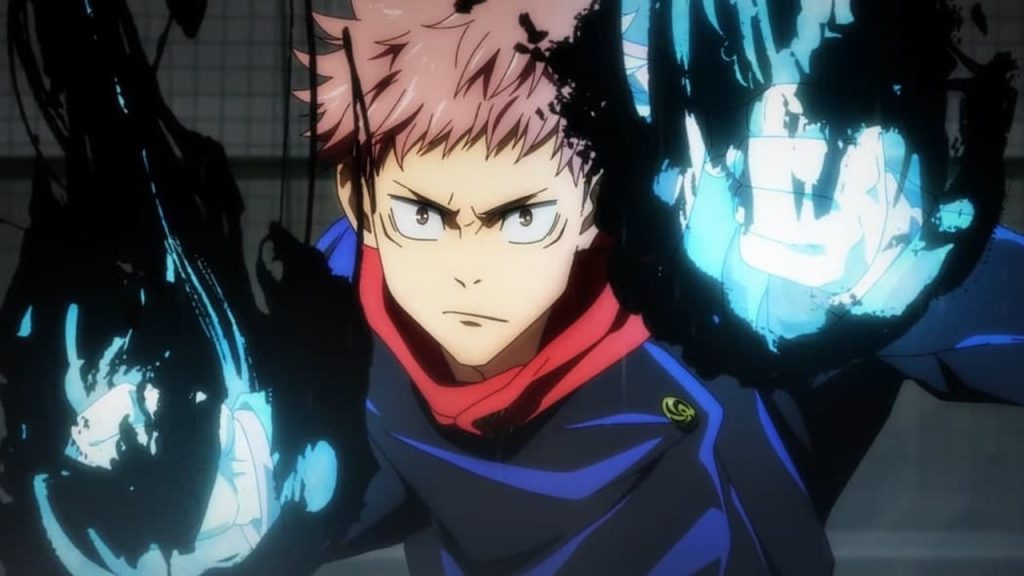 Cursed Energy manifests as the entirety of negative emotions wielded by sorcerers and curses in battle. The negative emotions power up a person’s abilities. The manifestation of cursed energies can range from extremely basic like a cursed energy enhanced punch to super complex like manipulating the space-time continuum. To control one’s cursed energies, one needs to have proper control over one’s emotions. Cursed Energy Techniques are also based on the concept of putting voluntary limitations on your body. Nanami gained a heightened cursed energy output when he works overtime. Kokichi traded his healthy body for a near limitless amount of Cursed energy. 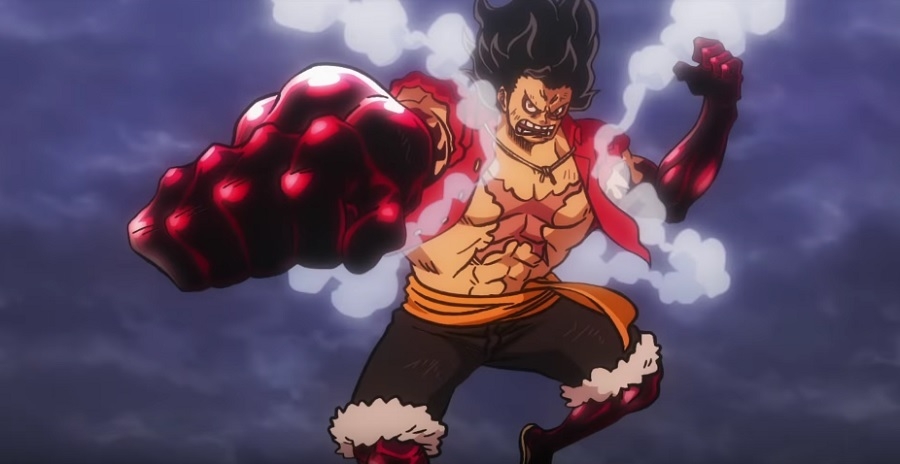 Haki is a special ability that gives users the power to tap into their spiritual energy. The usage of Haki gives wielders the power to sense others, predict the opponents’ actions, and even make the enemy submit to them via sheer overwhelming willpower. There are three different forms of Haki. Kenbunshoku Haki grants the ability to predict the future and sense hostile intent in others. Busoshoku Haki creates armaments made out of spiritual energy. And lastly Haoshoku Haki allows a person to takedown an opponent using his fighting spriit and will power. Unlike some people in the real world, every person in the world of Bleach is born with a soul. Each soul gives the person a certain amount of spiritual energy called Reiryoku. Some people have a higher amount of Reiryoku than usual. These people can unlock hidden abilities via harnessing the spiritual pressure created by their enhanced Reiryoku called Reiatsu. Reiatsu is the physical manifestation of a person’s Reiryoku when given form. Reiatsu was the core foundation of all power in Bleach. But then the anime introduced other elements like Zanpakuto and Bankai that forced this power system to fade into oblivion.  Bleach’s newer power systems were super unrealistic and impossible unbalanced. The concept of Reiatsu on the other hand was something fans embraced with open arms. 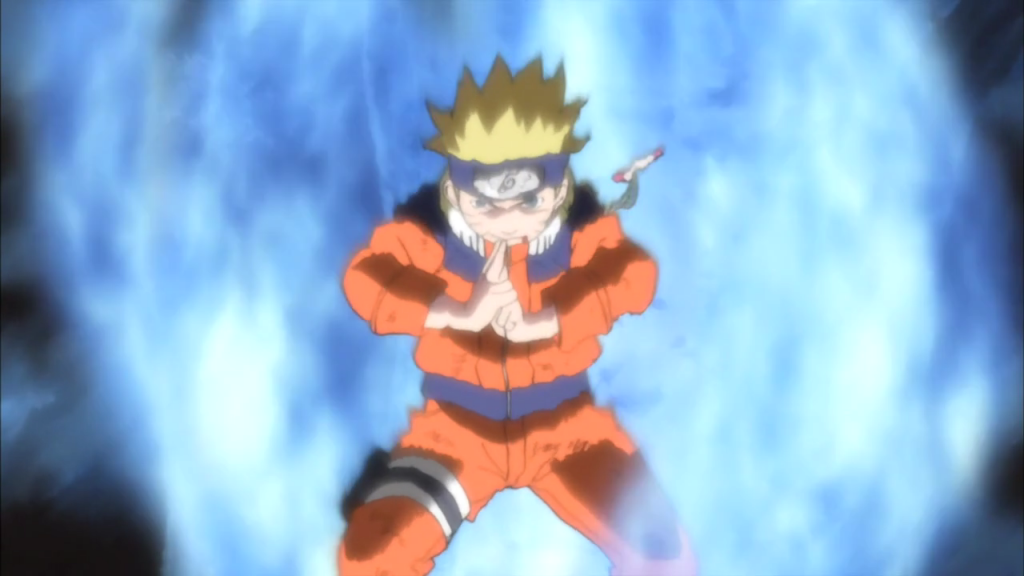 Of all anime in existence, Naruto’s power system seems to be the most fleshed out and balanced. In the world of Naruto, Chakra is the manifestation of spiritual and physical energy. It is a power that is extremely versatile and malleable. it can hone ones’ physical attributes as well as give the person the ability to cast illusions and control the elements. Seasoned users can even use it to manipulate space-time. Chakra was introduced to the world of Naruto via otherworldly means. So it could even be considered supernatural to some extent. The only limitation is that every human a=only has a limited amount of chakra. So the techniques are finite and weaker than the other anime power systems. 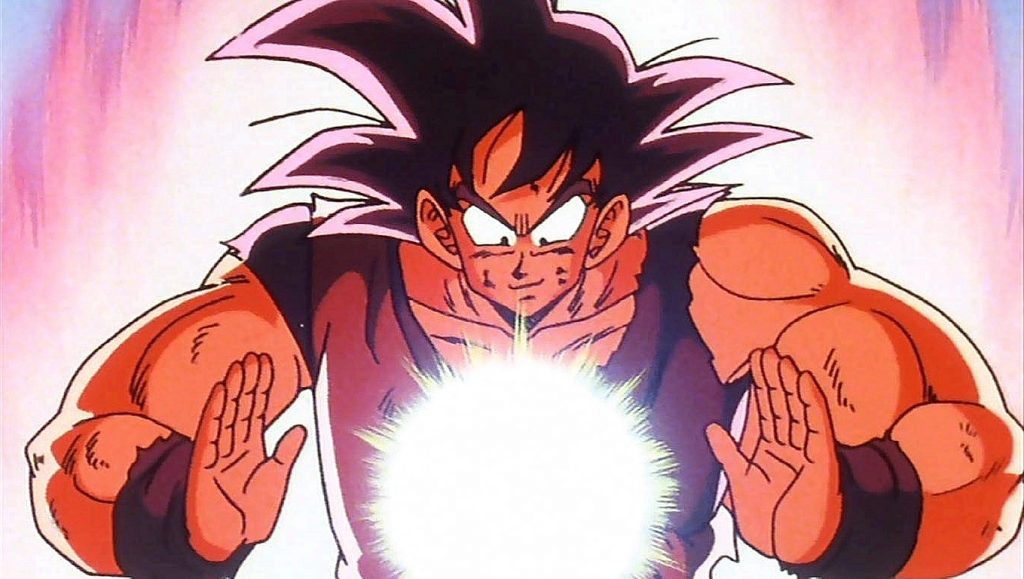 The concept of Ki had been existing in Dragon Ball since the very first episode. Midway through the franchise, Dragon Ball might have foregone its foundations. But Ki still remains the basic tenet of all energy in the Dragon Ball Universe. It can be classified as the life energy emitted by all living things. By harnessing the energy that flows within our bodies, we become stronger and faster. Ki allows a Dragon ball Warrior to create powerful explosions, emit beams of pure destruction, and even achieve faster that light speed. One of the most abundant sources of energy in existence in Dragon Ball, Ki also happens to be a very potent power system that can turn a mere mortal into a God. 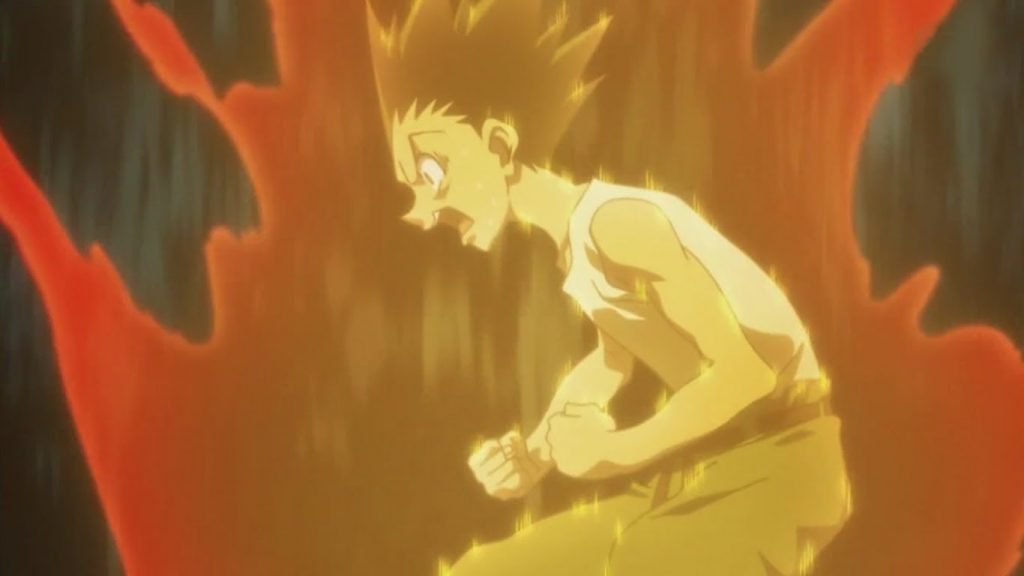 The greatest power system in the world of anime is also the least explored form of energy. Nen, just like Dragon Ball’s Ki and Naruto’s Chakra, flows through all human beings. Some are gifted enough to consciously control its flow. Some train their life to master even the basic disciplines of Nen. The usage of Nen allows a person to increase his life span, gain a regenerative healing factor that is almost super-human, and increase his or her physical attributes. But the greatest ability provided by Nen is in the tenet of Hatsu. Hatsu involves the manifestation of a person’s individual Nen abilities based on their personality. If sufficient conditions are set and the rules of engagement are met in battle, Hatsu unlocks and makes the wielder downright invincible. The applications of Nen are enormous.