Netflix plans to come up with its next anime series project, Splinter Cell collaborating with the very famous gaming studio Ubisoft. Ubisoft had already partnered once with AppleTv+ for the show Mythic Quest and is now looking forward to taking another step ahead co-partnering with Netflix. John Wick movies writer Derek Kolstad will write and executive produce the series. According to the resources, the splinter cell series will have two seasons with 16 episodes in each. Derek Kostald is known as one the best writer of all time. He had also worked in MCU’S The Falcon and the Winter Soldier. He has also contributed to the Starz T.V. series the continental. Currently, he is busy working with Universal for its upcoming movie Nobody featuring Bob Odernik. 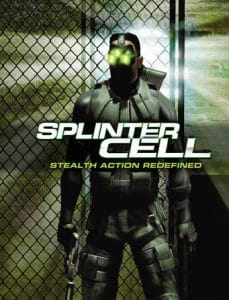 Tom Clancy’s Splinter Cell was released way back in 2002 with a story of Sam Fisher, a U.S. Navy official. He was working mysteriously with NSA( National security agency) with its newly formed third echelon division. At the time, the game turned out to be a tremendous hit with marvelous Graphics. Due to its success, it led to many sequels like Black ops and Assassin creed. For its overwhelming victory in the gaming world, it seized the attention of the Hollywood industry. Finally, Tom Hardy signed the deal for the role of Sam Fischer, but somehow, the project never grounded off and declared inactive. 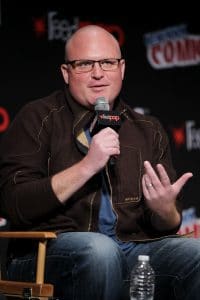 When it comes to Netflix, the OTT giant has plenty of experience and knowledge in adapting the concept of video games and turning into web series. With Witcher turning into a Flagship web series Netflix is planning a second season, which will be filmed in early 2020 and going to be streamed at the beginning of 2021. Netflix is also working on a Cyberpunk 2077 anime and even a Dragon’s Lair movie featuring Ryan Reynolds as the lead character and how can we forget our all-time favorite Transformers: War of Cybertron.

The collaboration of two big players in their respective feels seems to be quite exciting, and they may come up with something new and exciting for the fans. I hope that these series gain popularity as much as the P.C. game achieved