The Haunting of Hill House Season 2 is here!

And if you just got over the scariness of the first season, we are here to inform you that the second season of The Haunting of Hill House is here!

It has been revealed by Netflix that the series will be an anthology series moving ahead, with each season having a different version of the title.

And if you’re thinking it sounds like American Horror story, well you’re right, cuz it does.

You guessed it. The HAUNTING OF BLY MANOR, a new chapter in the Haunting series based on the works of Henry James, is coming in 2020. pic.twitter.com/nvhRBEfH2E 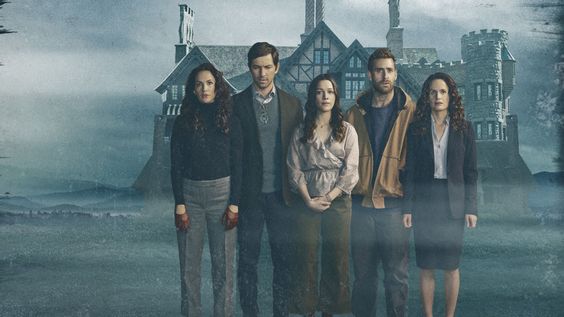 The Haunting Of Hill House was based on Shirley Jackson’s 1959 novel of the same name. On the other hand, The Haunting of Bly Manor will take inspiration from a different novel altogether. The new season will adapt Henry James’ 1898 novel The Turn of the Screw.

The Turn of the Screw, by Henry James, is a popular ghost story and the tale is told via a journal of a governess and depicts her struggle to save her two young children from the demonic influence of the eerie apparitions of the two former servants in the house.

AIf the creators make it anything like The Haunting of Hill House, one may expect many plot twists and tons of eerie moments.

Many fans were quick to show their excitement for the upcoming series.

Best Netflix show ever. Episode 6 is a masterpiece. pic.twitter.com/kacjk0CWCi

The directors of The Haunting of Hill House are being rehired for the second season. Here’s what Netlfix revealed in a statement:

Also Read: Top 7 Shows To Watch On Netflix And Other Streaming Services 2019

“Mike Flanagan and Trevor Macy are masterful at creating authentically frightening stories that leave audiences on the edge of their seats but unable to look away,” said Cindy Holland, VP, Original Content at Netflix. “We’re excited to continue our partnership with them on The Haunting series and future projects to come.”

The second season of The Haunting of Hill House is under production at the moment and will release in 2020.